Before you can enter the Fuchsia Gym, you must have captured at least 50 different species of Pokemon. If you’ve been capturing and evolving Pokemon along the way, you should have reached the target.

There are six trainers and the gym leader standing out in the open. A set of invisible walls will be blocking your path directly to the gym leader. These walls can only be seen when the mist floods the gym. To reach the leader, you must walk around the perimeter along the eastern and northern sides of the room. Head to the east side of the room and challenge the Pokemon Trainer here. 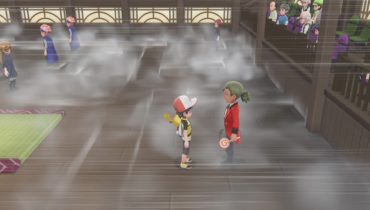 Defeat Phil to receive P2,460. Walk north around the hidden walls until you reach the next Trainer. 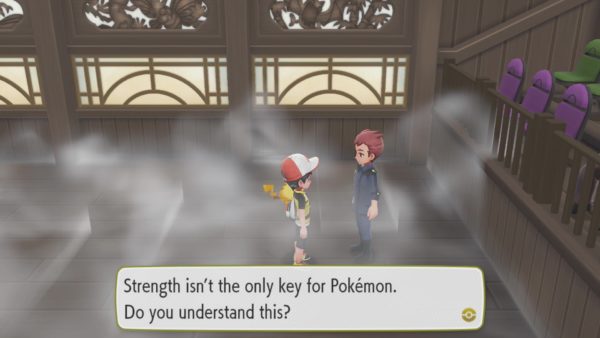 Defeat Kayden to receive P4,200. Walk west until you can find a gap in the invisible wall to the south. Try to reach the middle portion of the Gym. 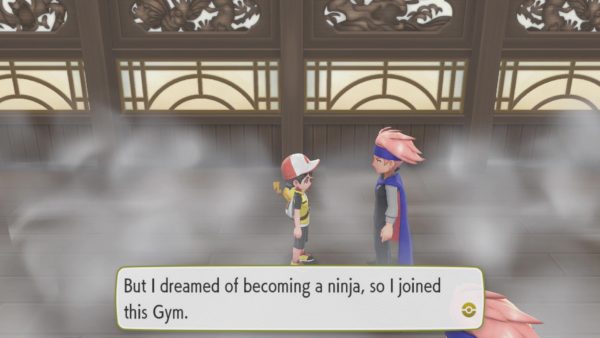 Defeat Kirk to receive P1,600. Another Juggler can be found a few steps to the south.

Defeat Harry to receive P1,600. Walk around the wall gaps to the southwest until you reach a Trainer in red. 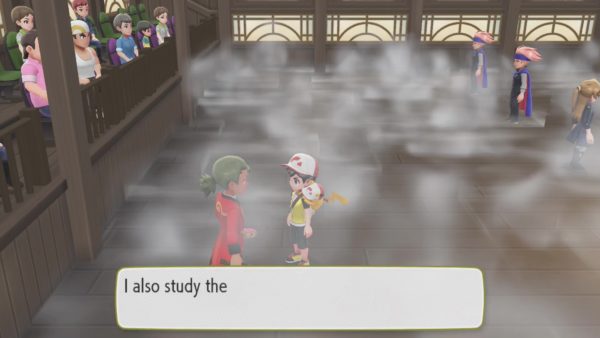 Defeat Edgar to receive P2,460. One more Pokemon Trainer can be found to the northeast. The Gym Leader is located to the southeast through a small gap in the invisible wall. 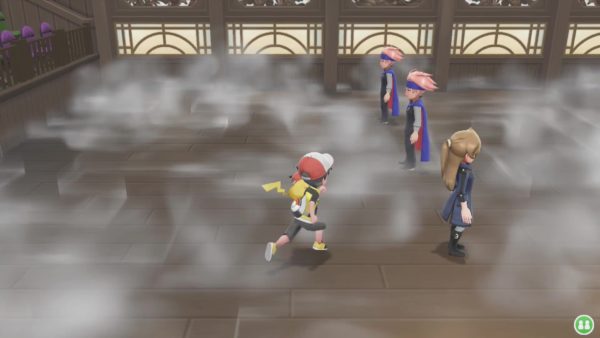 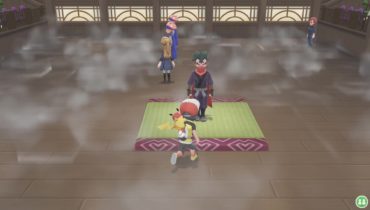 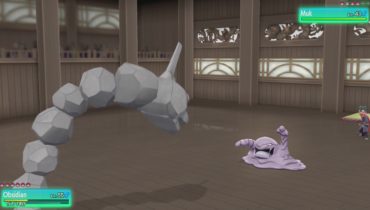 Koga is the leader of the Fuchsia City Gym. He specializes in poison-type Pokemon, and his technical machine of choice is a poison status condition called Toxic. Toxic will increase the damage done on a Pokemon each turn it is in battle. Even the strongest Pokemon with the highest HP will fall to this move after several turns. Of course, this can be countered by using a Full Heal or Antidote.

Defeat Koga to receive P7,040, TM27 Toxic, and the Soul Badge which means Pokemon up to level 70 will obey your commands in battle, including those received from trades.