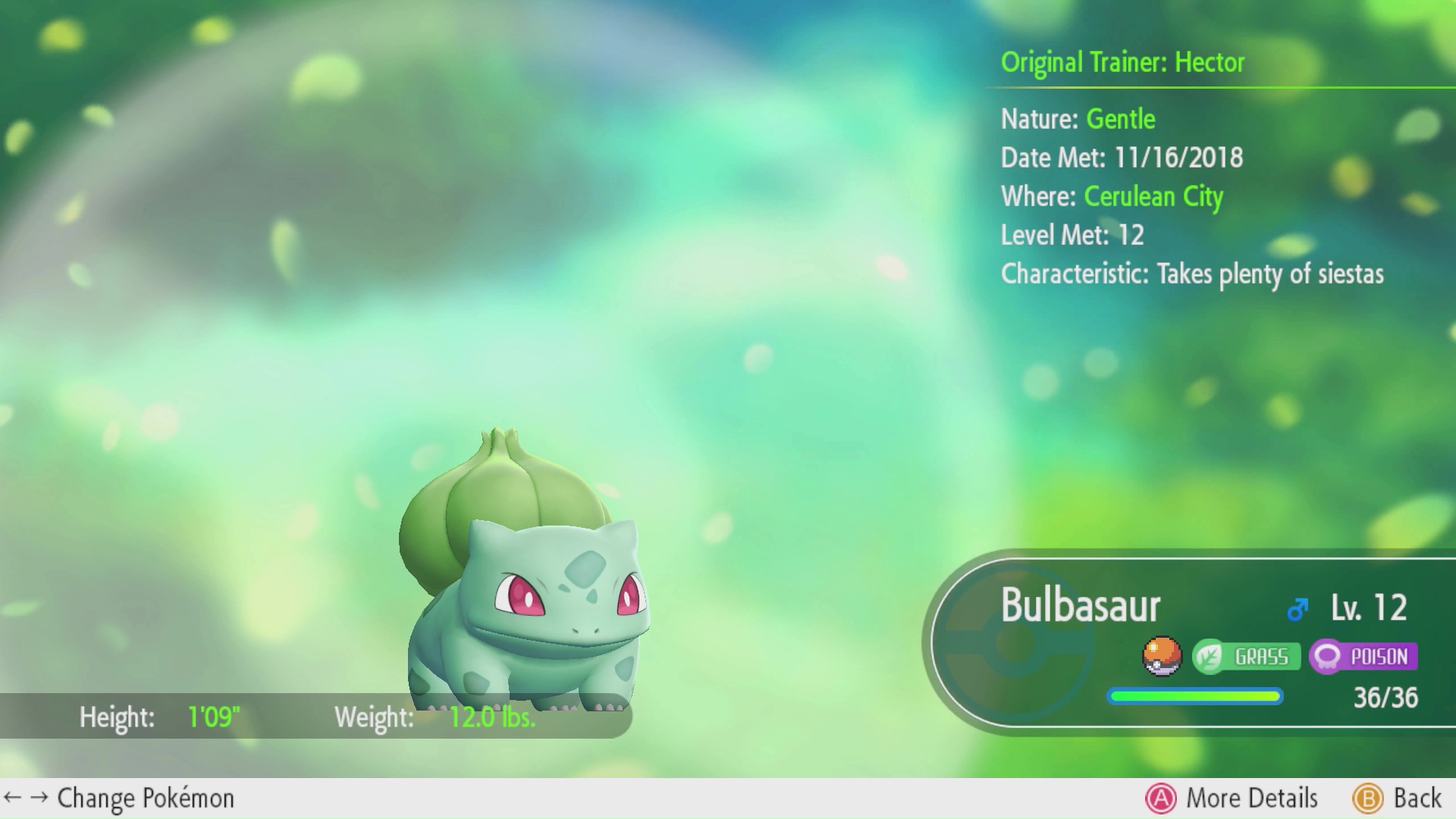 Natures are randomly applied to wild Pokemon, which means you will have to capture a large number of the same species to get the right nature. The same goes for any Pokemon received as a gift.

In Let’s Go Pikachu and Let’s Go Eevee, speak with Madam Celadon in the Celadon City Pokemon Center to set the nature of all wild Pokemon until midnight (using the Nintendo Switch clock). This service will cost P 10,000. She will ask you to choose one flower to water and one to thin out. The colors represent the six base stats they will increase and decrease.

The table below lists each of the 25 Natures with the base stats they increase and decrease. The flavors only matter when using very specific berries.