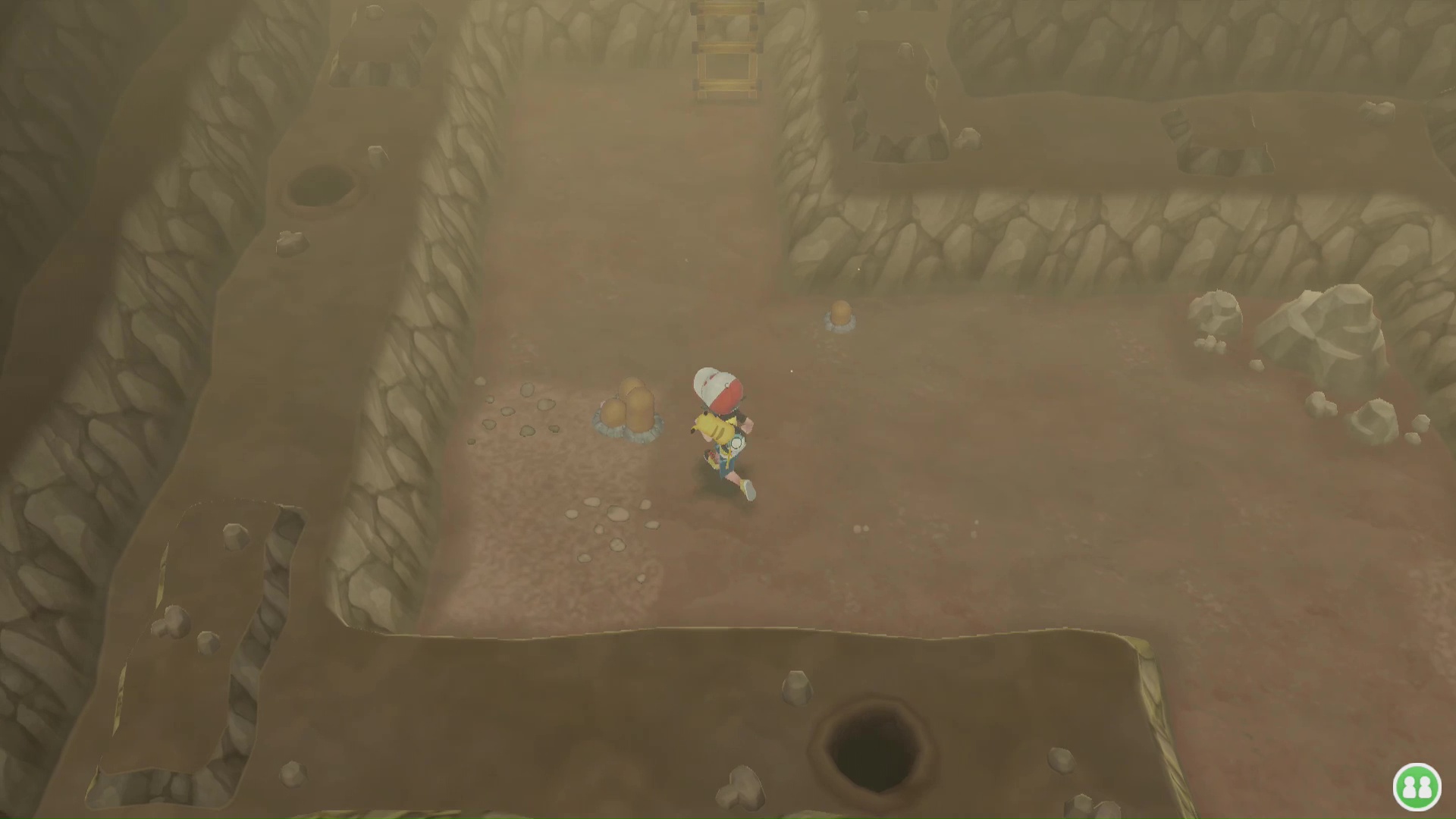 Diglett’s Cave and Side Quests

Diglett’s Cave is a short tunnel that connects Vermilion City to the east side of Route 2. Capture a few new Pokemon species as you trek through the cave. However, if you haven’t earned the Thunder Badge from the Vermilion City Gym, a few workers will block the path.

When you make it out the other end, investigate the northern side of Diglett’s Cave. 3 Great Balls will be near a flowery bush.

Walk south towards a small house. One of Professor Oak’s assistants will be waiting to teach you and your Partner Pokemon a new Secret Technique: Light Up. This will allow you to see while inside Rock Tunnel. It makes navigating far easier.

The moment you step out of your house, your Rival will come by and ask to take you directly to the next objective. Tell him no, and you’ll rather going alone later. For now explore more of Route 2 and Pewter City.

Travel southward through the small route house. On the other end is a Leaf Stone and a Super Potion.

Return to Viridian City in the south for a quick side quest. All you need to do is Chop Down the bush to the west of the Pokemon Center and speak with the man sleeping on the other side. He will give you TM11 Will-O-Wisp, which inflicts burn on the target.

Return to Pewter City in the north for one more quick side quest. Walk to the back side of the Museum of Science where a bush is blocking the path. Use the secret technique Chop Down to reach the back side of the Museum’s counter. Speak with one of the scientists to obtain the Old Amber. Take this item to Cinnabar Island much later in the game to revive it into an ancient Pokemon!

With that out of the way, return to Cerulean City and head east to Route 9 for the next part of your adventure.