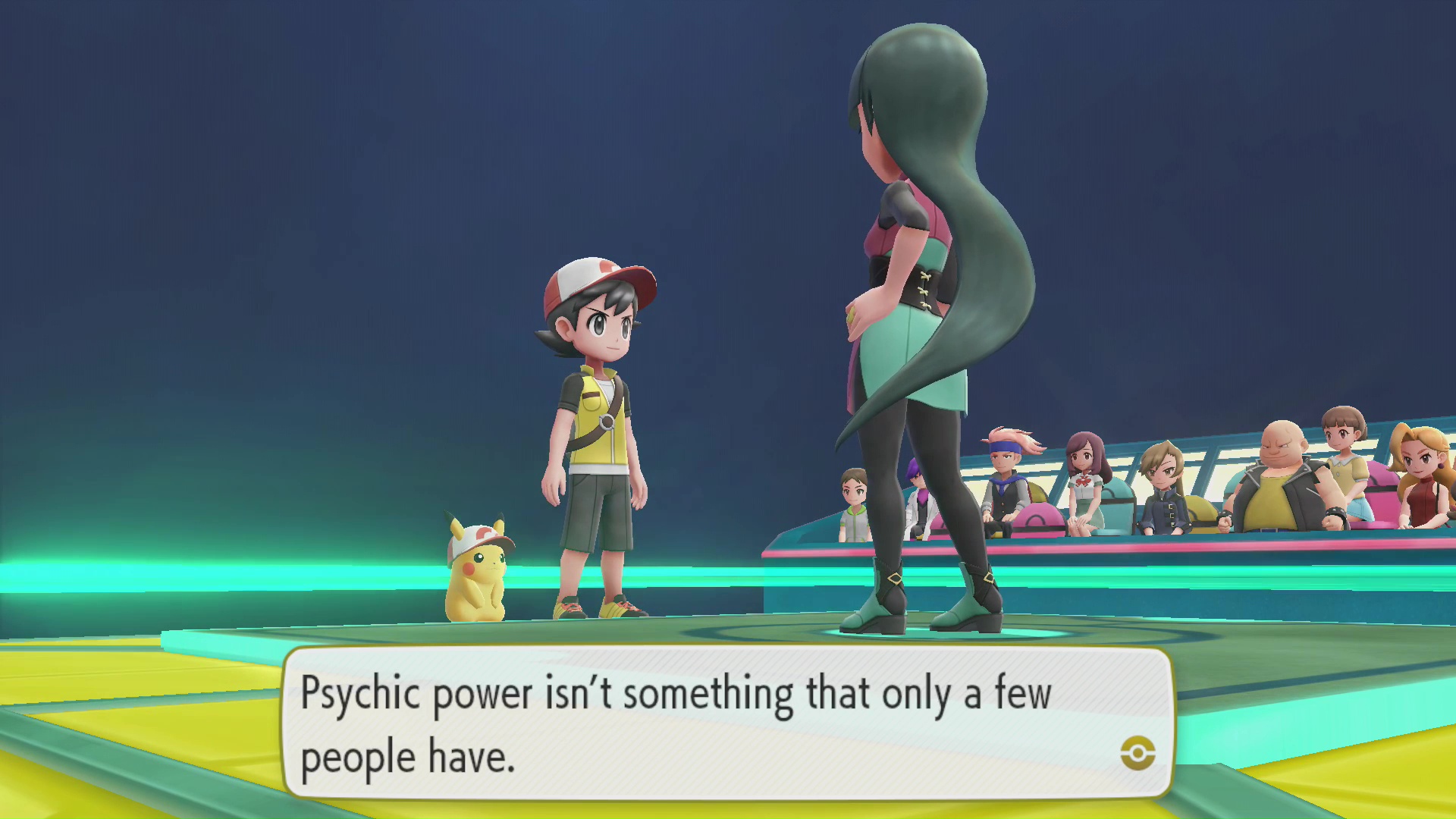 This gym will be guarded by Team Rocket until you defeat them in Celadon City, Lavender Town, and then Saffron City’s Silph Co in that order. However, this only removes the guard from the outside of the building. You won’t be able to challenge the gym until you have a Pokemon in your team that is at least level 45.

The Saffron City Pokemon Gym specializes in psychic-type Pokemon. The psychic-type is weak against bug-, ghost-, and dark-type attacks. Do not use any poison- or fighting-type Pokemon or they will be demolished by the Pokemon in this gym. 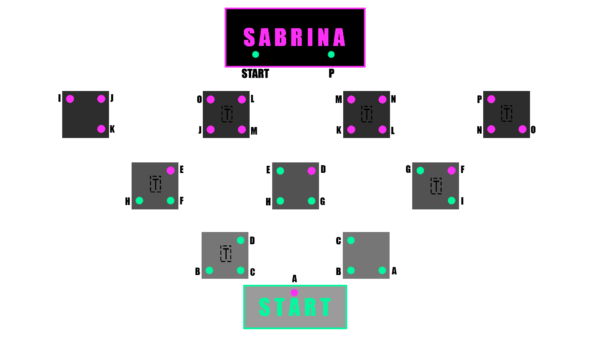 Several warp pads are spread throughout the gym to confuse use. Follow this guide and you should be able to navigate the area. The first warp panel will take you to two more panels to the left. The bottom warp pad takes you westward to a Trainer. 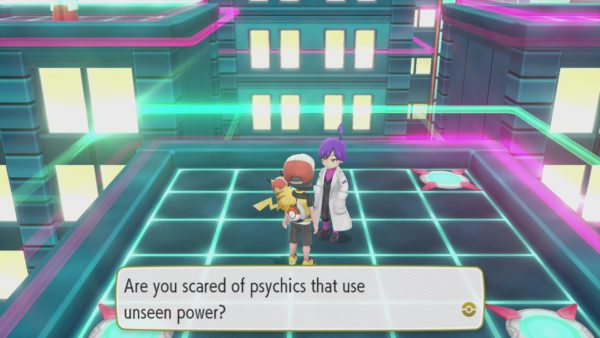 Defeat Johan to receive P1,968. Two more warp panels can be found to the right. Step on the top-right warp pad to reach four more. The top-left pad will take you to another Trainer. 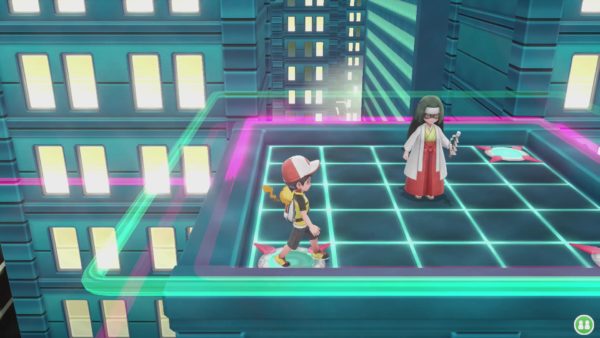 Defeat Stacy to receive P1,600. Take the bottom-right pad to the next Trainer. 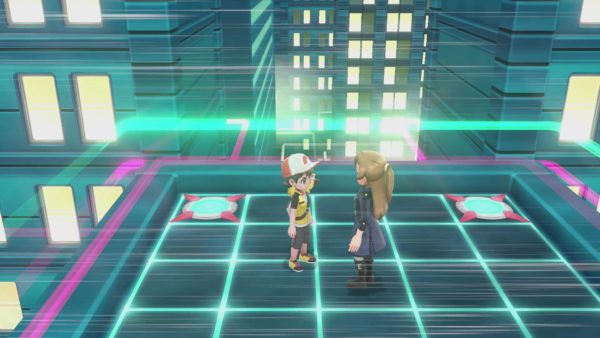 Defeat Amanda to receive P4,200. Take the bottom-right pad to a different tower without any Trainers, then take the top-right pad to another tower with a Pokemon Trainer. 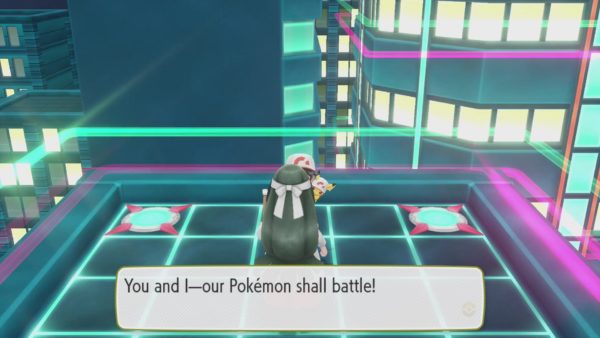 Defeat Imari to receive P1,600. Take the top-left pad near the next Trainer. 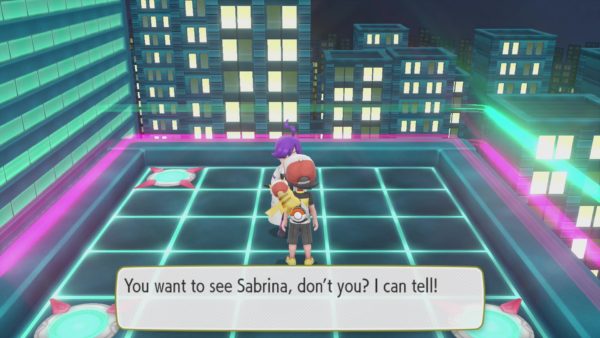 Defeat Preston to receive P1,968. Take the top-left pad to reach Sabrina. If you want to battle one more Trainer, take the bottom-right pad to an Ace Trainer.

Defeat Cameron to receive P4,200. If you already forgot, take the top-right pad back to the previous tower, then take the top-left pad to Sabrina.

Sabrina is the leader of the Saffron City Gym. She will use four psychic-type Pokemon that utilize special, physical, and status attacks. Mr. Mime will be the first Pokemon she sends out to battle. He will try to set up barriers to protect the team. Try to take out Mr. Mime quickly with ghost- or steel-type attacks. If he puts up Reflect or Light Screen, the move Brick Break can be used to smash the barriers. This TM should have been picked up from the Fighting Dojo next door.

Leader Sabrina’s second Pokemon is Slowbro. This is a rugged Pokemon with high defense. Use electric-, grass-, ghost-, dark-, or bug-type attacks to deal double damage. Slowbro’s Calm Mind will increase his special attack and special defense during the same turn. If he uses this move too much, your entire team can be eliminated quickly by his Surf and Psychic attacks. However, Slowbro might not use Calm Mind until after putting your Pokemon to sleep with Yawn. If your team begins to fall asleep, use items to wake them up and continue the battle.

Gym Leader Sabrina’s third Pokemon is Jynx, an ice/psychic-type Pokemon. Like Slowbro, Jynx can put your team to sleep with Lovely Kiss, but this move will instantly put your Pokemon to sleep instead of taking two turns like Yawn. Jynx will then attack with Psychic or Ice Slap. Jynx is weak to fire-, bug-, rock-, steel-, ghost-, and dark-type attacks.

The fourth and final Pokemon in Sabrina’s team is Alakazam, the evolutionary stage after Kadabra. This is a very fast and very strong special attacking Pokemon. It’s only attacks are Psychic, which can deal a ton of psychic-type damage, and Night Shade, which will always deal 44 HP of ghost-type damage in this battle. Use bug-, ghost-, or dark-type attacks to deal double damage on Alakazam. Do not use any Pokemon weak to Psychic, and try to use Pokemon with high special defense.

Defeat Sabrina to receive P7,040. She’ll also award you with the Marsh Badge, which allows Pokemon up to level 60 to obey in battle, and TM33 Calm Mind, which increases both special attack and special defense stats of the user by one stage. Take the teleport pad on the bottom to return to the entrance and continue your adventure. Your next stop should be Fuchsia City if you haven’t gone already. Either head south of Lavender Town to Route 12, or travel west of Celadon City to Pokemon Road.