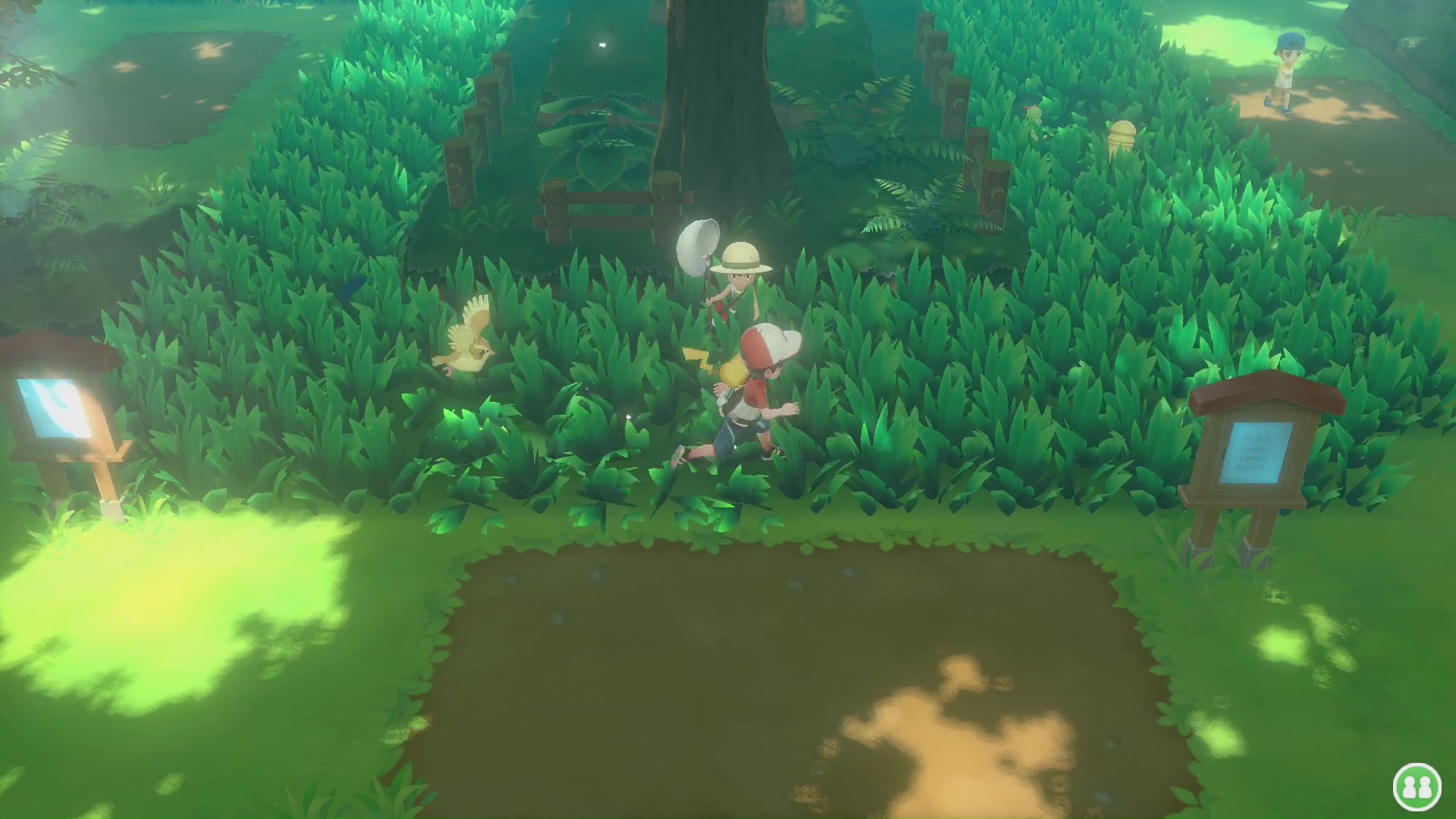 Route 2 is a very long route that connects Viridian City to Pewter City; however, you will only be able to access a small part of it the first time you arrive. Catch a few Pokemon in the tall grass, or just continue northward through the gate to the Viridian Forest. 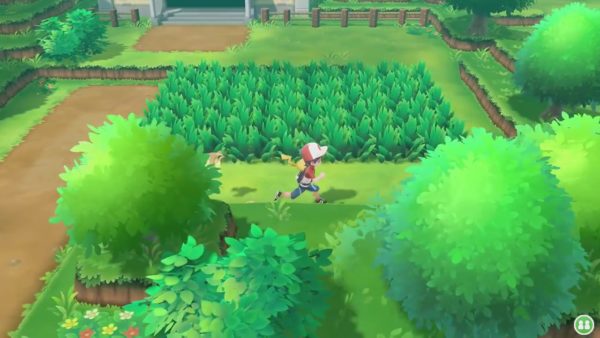 The Viridian Forest is a large, winding forest in the middle of Route 2. If you’ve played the original, the layout is the same, but there are different Trainers. Before going east toward the exit, explore the area to the west. A Trainer can be found near a tree. 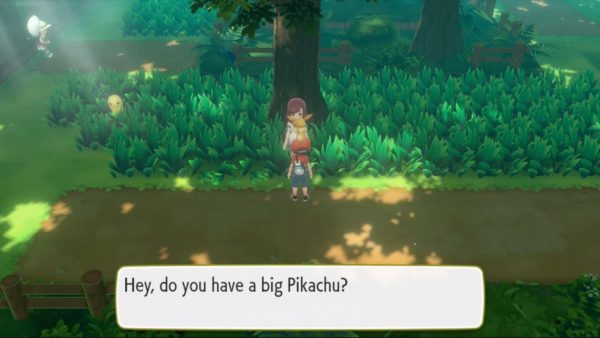 Defeat Lass Joana to receive P80 and 3 Poke Balls. After the match, investigate the tall grass to the west to find 5 Poke Balls. Follow the path north to another Pokemon Trainer.

Defeat Bug Catcher Brian to receive P36 and 3 Poke Balls. Continue following the path to the northwest until you reach a dead end. There will be a Tiny Mushroom waiting there. The grassy path will take you east and south to the starting point. Next, go east towards another waiting Trainer.

Defeat Bug Catcher Rick to receive P36 and 3 Poke Balls. Walk all the way east until you reach a small patch of tall grass. 3 Razz Berries will be hiding within this patch of grass.

Defeat Lass Brittany to receive P80 and 3 Poke Balls. The two paths will meet up with each other before splitting again further north. Take the path to the west to challenge another Trainer. 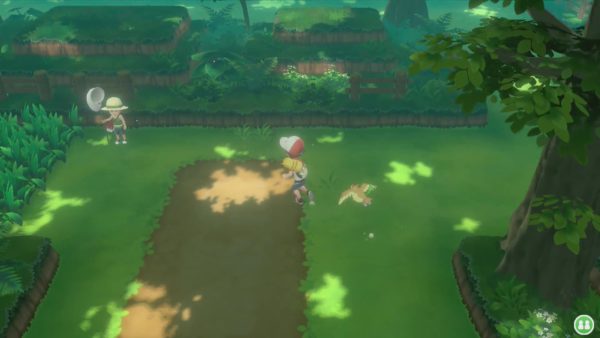 Defeat Bug Catcher Doug to receive P36 and 3 Poke Balls. After the battle, take the other path to the right. This will loop around and bring you to a hidden Potion on the north side. Follow the winding path westward until you come across another Trainer in the tall grass.

Defeat Lass Jocelyn to receive P80 and 3 Poke Balls. Continue along the path around the trees. When you start walking south again, you should find an item in a small corner. This item is a Lure, which allows rarer Pokemon to appear for a short time. The final Trainer of the forest can be found along the last grassy path.

Defeat Bug Catcher Sammy to receive P36 and 3 Poke Balls. Continue northward to exit out of Viridian Forest to the north side of Route 2. There will be a small patch of tall grass with the same Pokemon as earlier. Continue north to Pewter City. 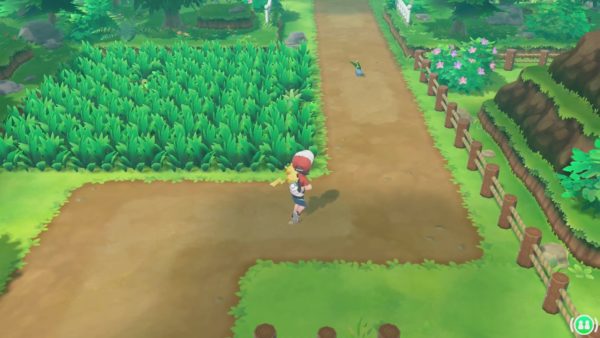