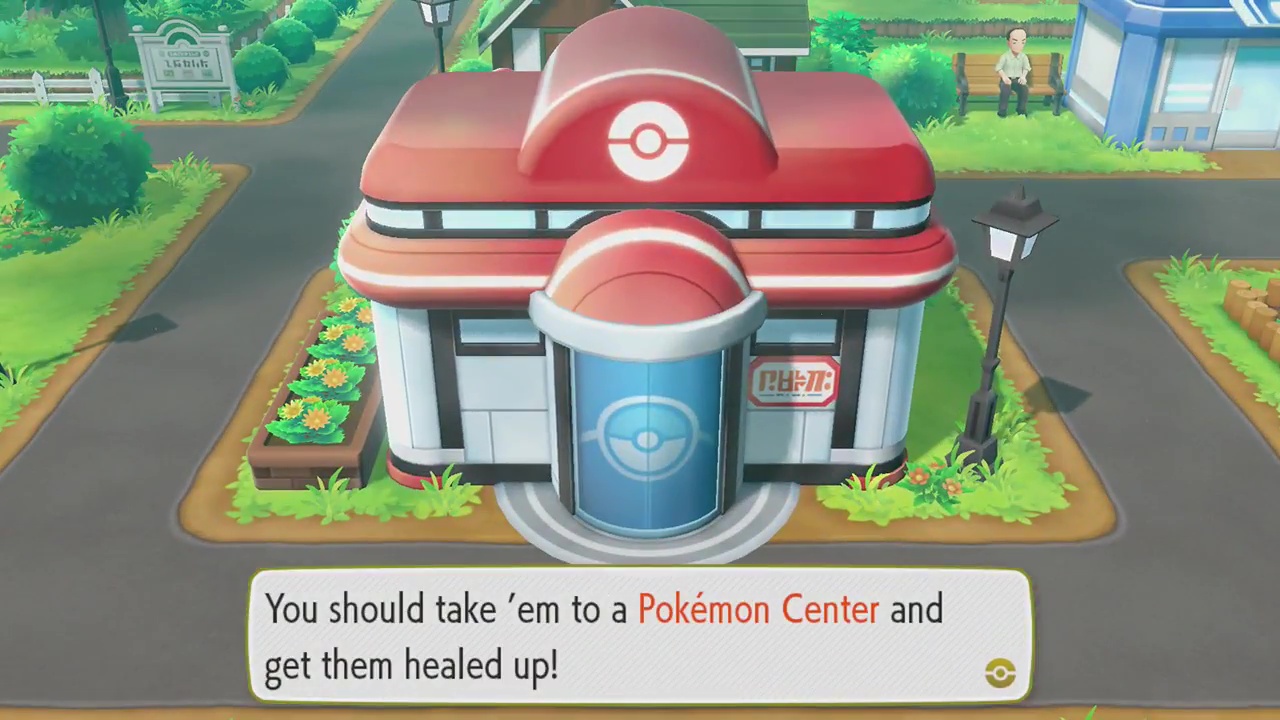 Viridian City is the first major town in Kanto. It even has a Pokemon Gym! Unfortunately it’s not open at the time because the Gym Leader is out.

Heal up at the Pokemon Center, organize your team, and grab some items from the Poke Mart to the northeast. The first set of available items are listed below.

You won’t be in too many battles before the next city, so spend your money on a couple of Potions and a ton of Poke Balls. The next building west of the Poke Mart is the Trainer School, though there’s nothing important there at this time.

On the northwest corner of town is a lone bush that can be chopped down later on in the game. If you interact with the left side of the bush, you will find a secret potion! Many secret items that have set locations such as this will reset every day. Come back tomorrow to find another Potion! When you’re ready to continue your adventure, head west to Route 22.