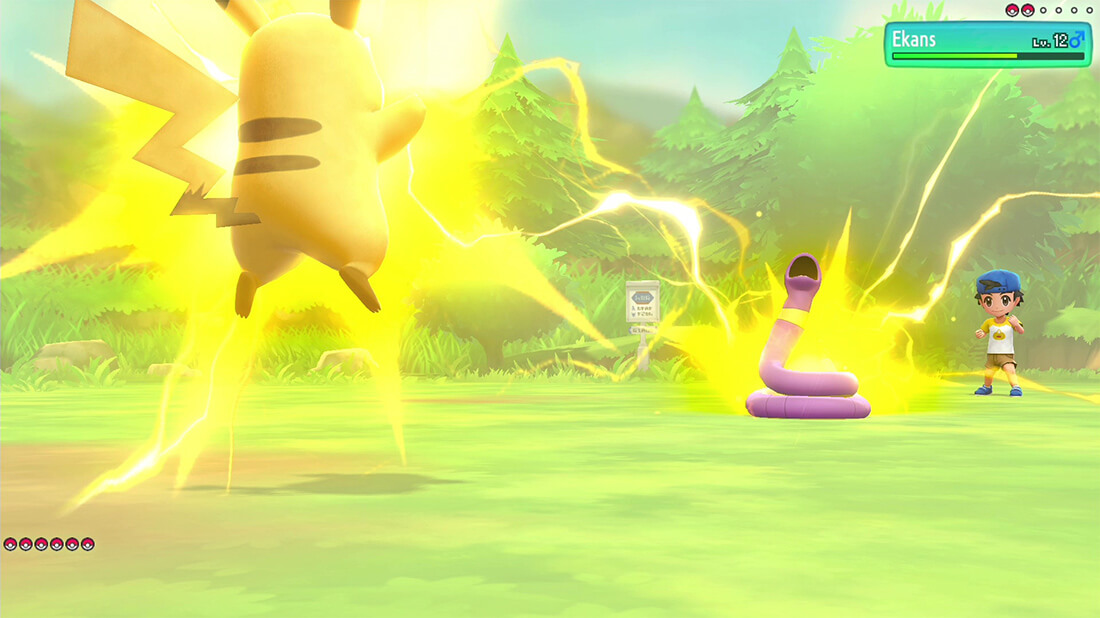 Every single Pokemon is made up of one or two Types, usually of an element; At the same time, each move a Pokemon can learn causes one kind of elemental damage from the same pool of eighteen types. Types play a role in both a Pokemon’s offense and defense. While battling, you’ll eventually receive three different messages for type match-ups.

The following chart contains the strengths, weaknesses, and immunities of all eighteen different types. The left side of the chart is offense. The top of the chart is defense. 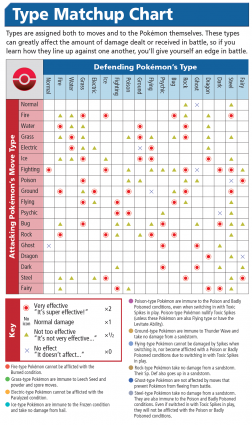 Some types are weak against others and cause half (0.5x) damage compared to neutral types. For example: a Fighting-type move attacking a Bug-type Pokemon will cause only half the damage it normally does. The game will tell you when one type is weaker than another by saying “It’s Not Very Effective” after the move is used.

Lastly, there are some types that won’t even touch another type. These Pokemon types are immune to these attacks and elements. The game will give you the message “It Doesn’t Affect” if you come across an immune type. Some types are even immune to certain moves or status conditions.