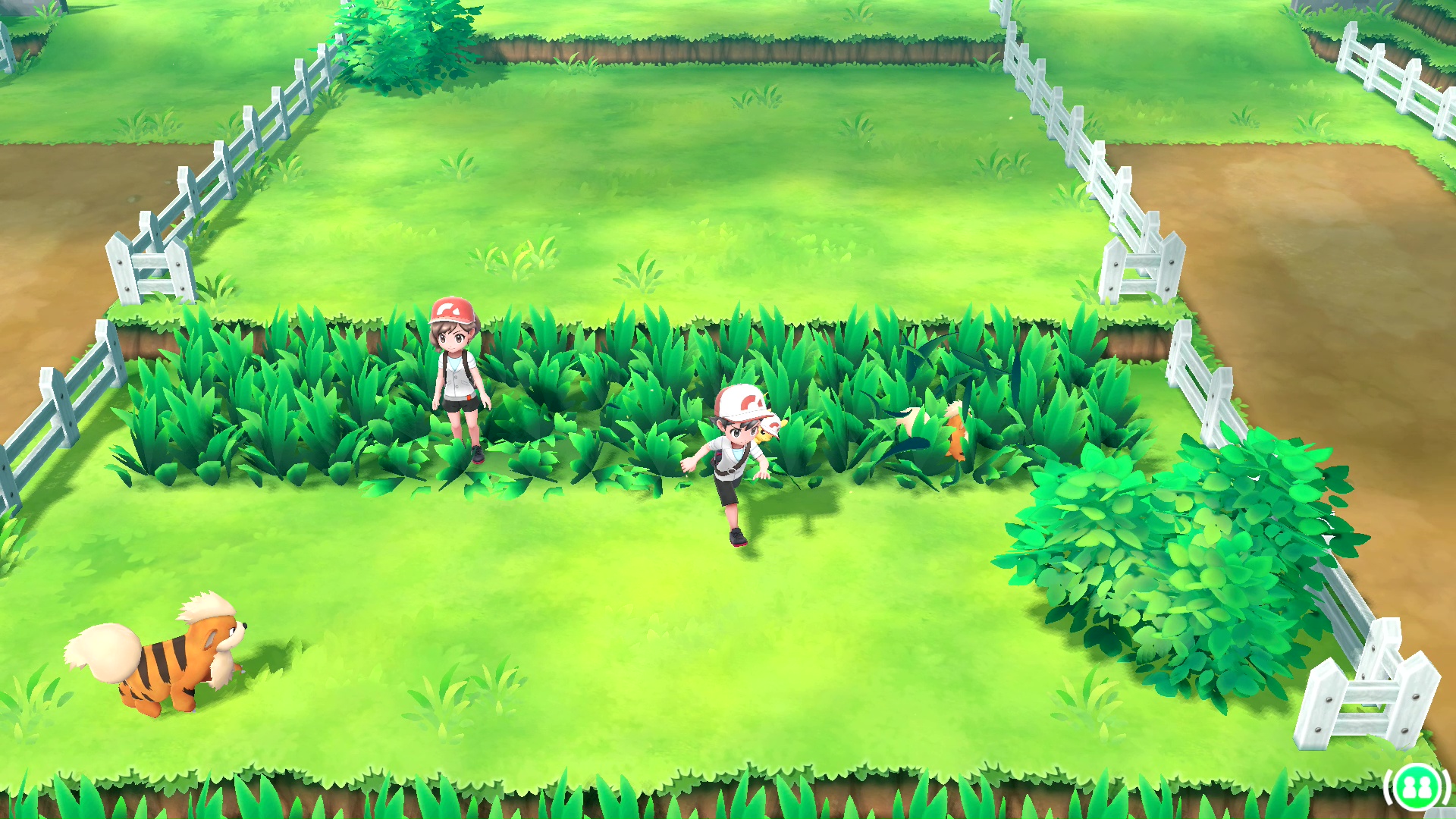 Once in a wild Pokemon encoutner, the two Trainers can team up to capture wild Pokemon. Make note, all Poke Balls being thrown by either player will come from the first player’s bag. Have both players throw a Poke Ball at the same time to boost its capture powers!

When encounter Trainers or Gym Leaders on your adventure through Kanto, the two Pokemon Trainers in Support Play can team up in battle. It will be two on one like Team Rocket, but the game allows it! The six party Pokemon will be shared between the two Trainers.