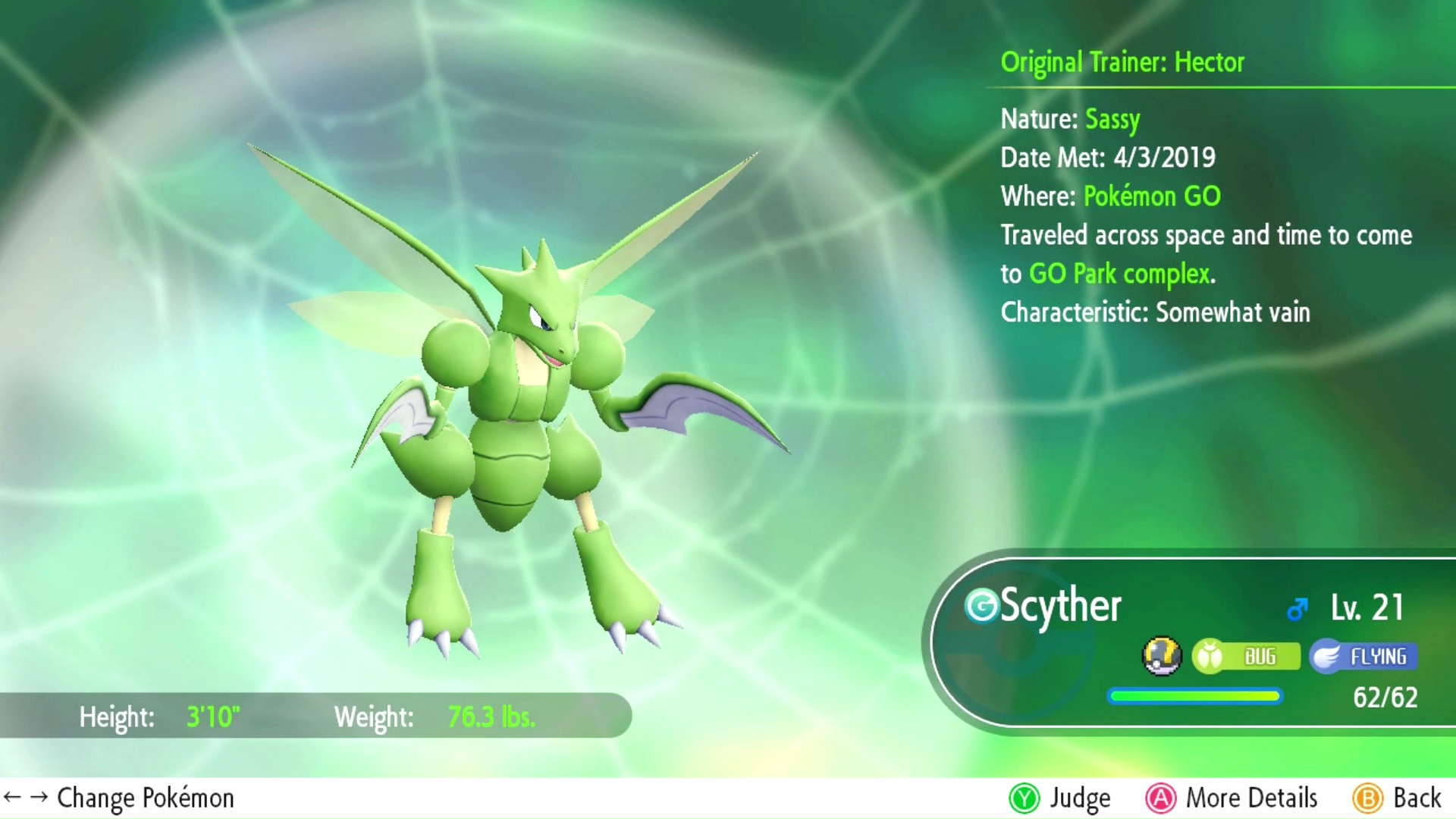 A transferred Pokemon will be sent to a GO Park. There are a maximum of 20 GO Parks, each capable of holding 50 Pokemon. To use them in Let’s Go Pikachu or Let’s Go Eevee, you must recapture them from one of these GO Parks. They will be added to your party or Pokemon Box, and a small G icon will be near their name.