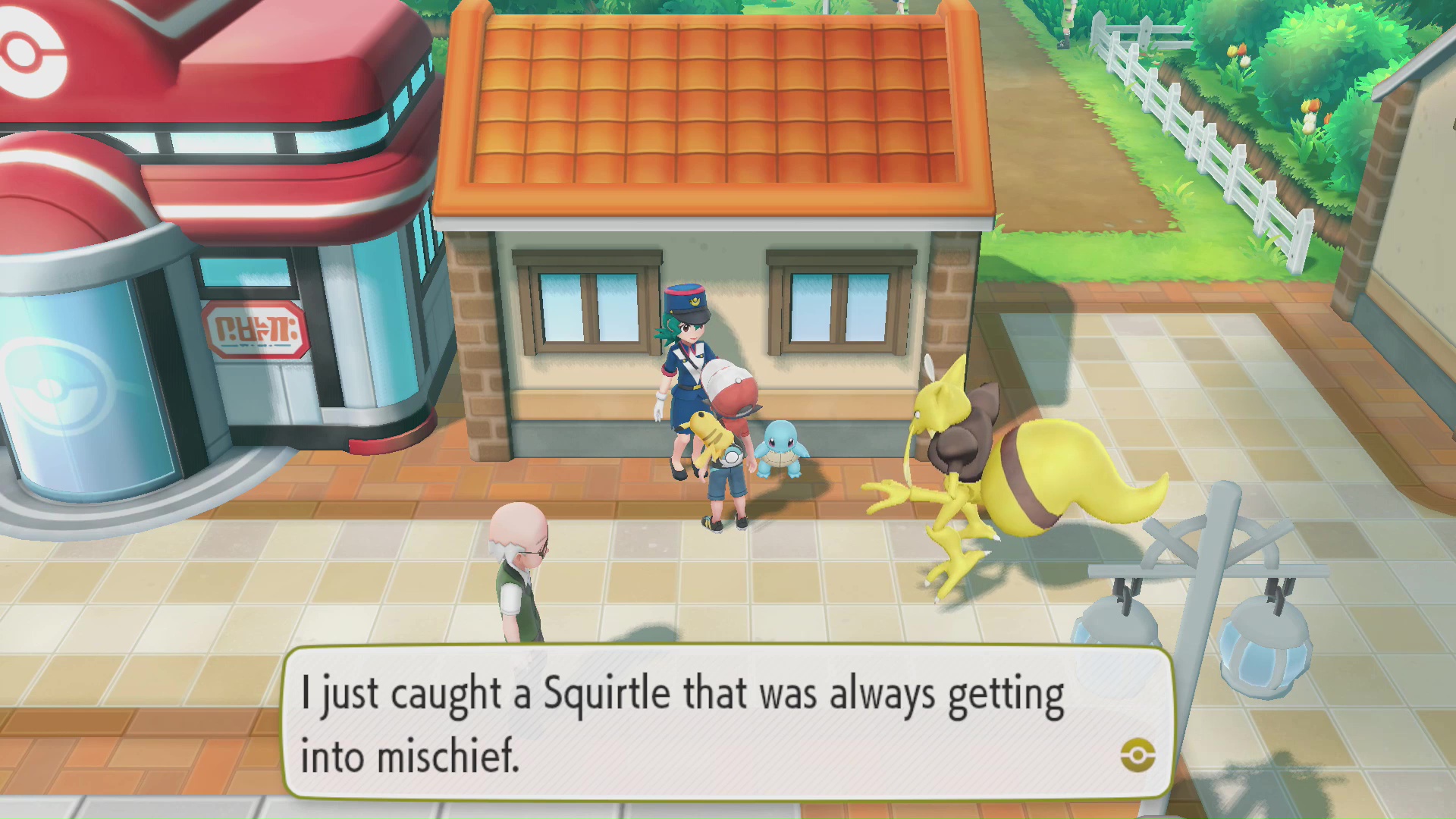 Vermilion City is a seaside city in central Kanto, and home to the third Pokemon Gym. Route 6 can be found to the north, Diglett’s Cave is to the east, and Route 11 is just passed Diglett’s Cave. 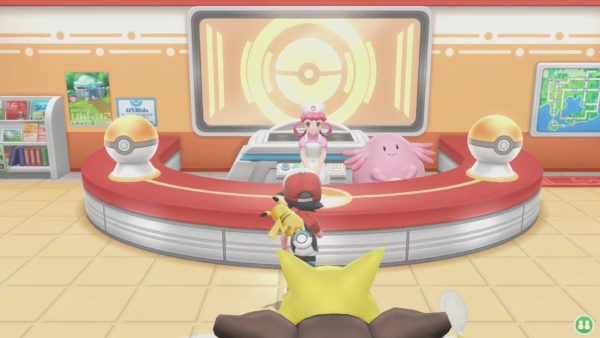 The first thing you’ll want to do is visit the Pokemon Center. It’s located at the northwest part of town. After healing your team, speak with the Hiker on the couch to the left. He’ll trade his Alolan Geodude for a Kantonian Geodude. Alolan Geodude are Rock/Electric instead of the normal Rock/Ground. Trade as many Geodude as you like.

Outside the Pokemon Center is Officer Jenny with a troublesome Squirtle. If you’ve captured enough Pokemon, she’ll give you this level 16 Squirtle with great stats and a random nature. If you want a specific nature, save before talking to Officer Jenny and reload the game to try again. 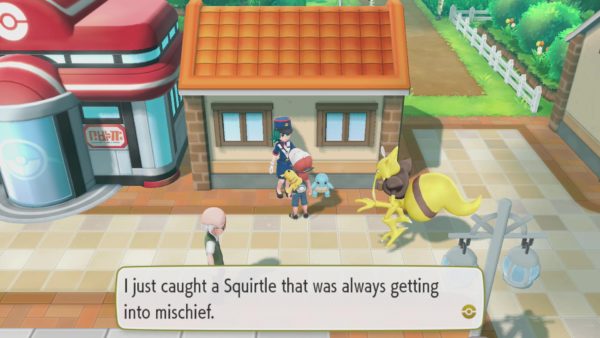 The Poke Mart is located to the southeast. There won’t be any new items until you earn the Thunder Badge from the Vermilion City Gym.

The building with the huge bow on top if the Pokemon Fan Club. Speak with the chairman and ask to hear about his favorite Pokemon. In return, he will give you a Pikachu Set to wear! Check your Clothing Trunk to change clothes.

You won’t be able to access the Vermilion City Gym at this time because a small bush is blocking the way. Board the S.S. Anne on the docks and speak with the Captain to learn how to chop it down. A sailor will stop you and give you a Sailor Set for being the 100th guest aboard the S.S. Anne.

Alternatively, you can head to Route 11 in the east to capture a few new Pokemon and battle some new Trainers. There’s also the Judge Function you can unlock east of Route 11 if you’re trying to capture the best Pokemon.