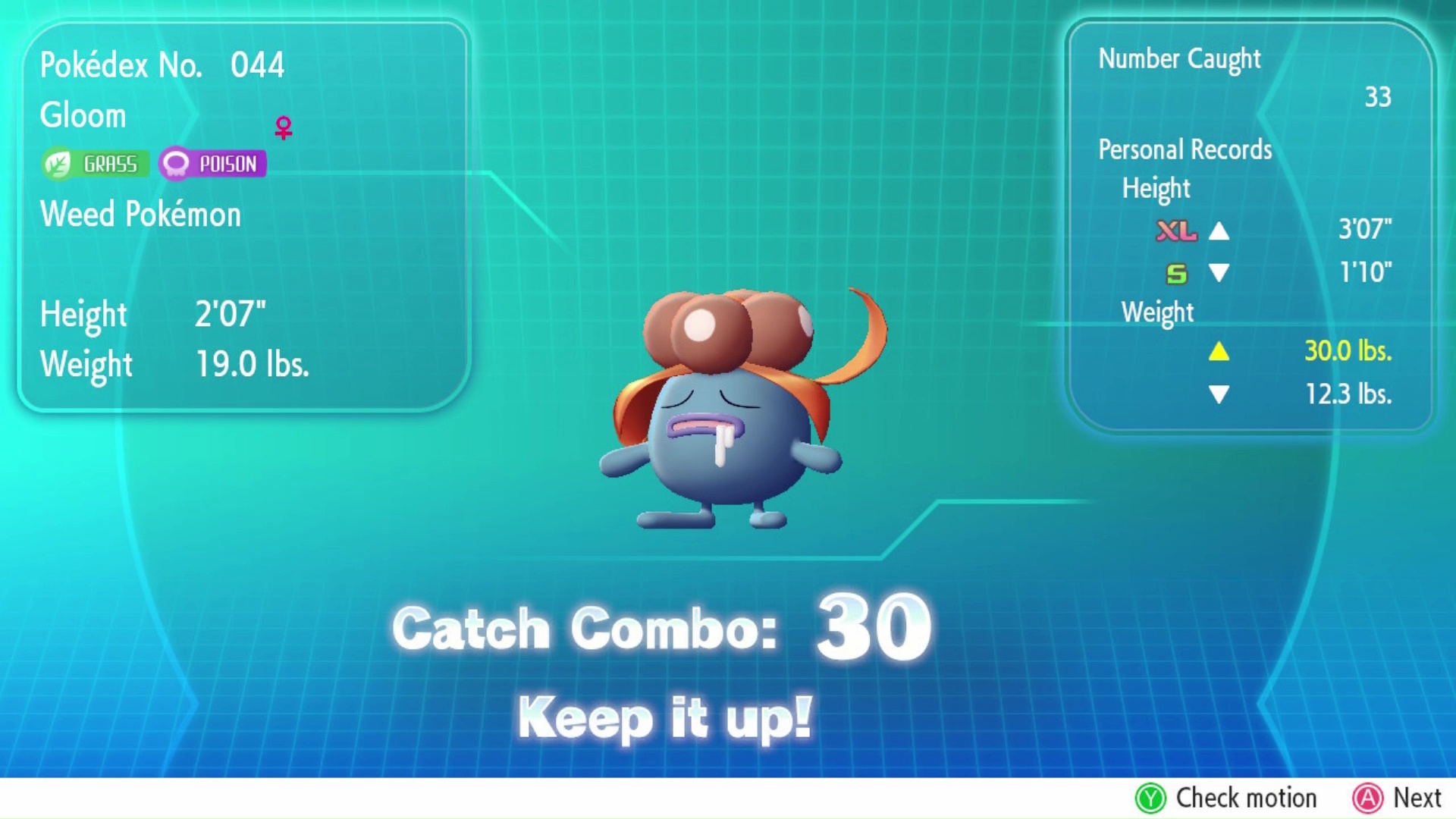 Catch Combos are a small feature in Pokemon Let’s Go Pikachu and Let’s Go Eevee that can be utilized to get the best Pokemon, the rarest Pokemon, and to help level up your team quickly! Don’t worry, this page will teach you everything you need to know as fast as possible.

A catch combo is when you capture the same species of Pokemon over and over. Some players refer to this as “chaining Pokemon,” but Let’s Go Pikachu and Let’s Go Eevee specifically call it a catch combo. The only things that will break the combo is if you capture a different species of Pokemon, close the game (sleep mode is okay!), or if any Pokemon escapes from battle before you can capture it or run away.

As you capture more Pokemon, that species you are chaining will begin to appear in the wild more often. This is a small benefit if the Pokemon is a little hard to find at the start. Build a high enough chain and the Pokemon you capture will have better and better stats. Use the Judge Feature from Professor Oak’s Assistant on Route 11 to view these stats on the Pokemon’s summary page. 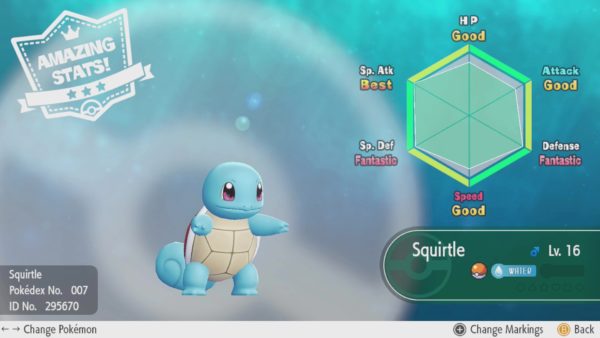 To make the most out of this feature, speak with Madam Celadon in the Celadon City Pokemon Center to set a specific nature until midnight. The right nature with great stats will give you an unbeatable Pokemon.

Catching the same species over and over is the purpose of a catch combo, but sometimes rare Pokemon will tempt you to break your chain. As your catch combo increases, rare Pokemon will begin to appear in the wild. Back in the original Pokemon games, there were some species of Pokemon that could only be obtained once such as the starter Pokemon (Bulbasaur, Charmander, Squirtle), Farfetch’d, Lapras, and others.

Since there is no Safari Zone is Let’s Go Pikachu and Let’s Go Eevee, rare Pokemon such as Scyther, Pinsir, Tauros, Dratini, and Chansey will also appear in the wilds of Kanto depending on the location. See the Pokemon page for a list of all Pokemon habitats in the game. 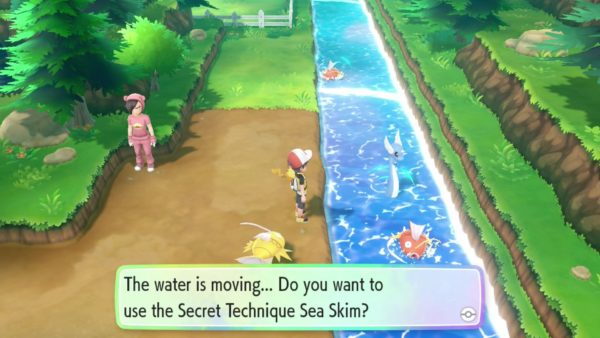 Level Up Quickly and Get Items

Building Catch Combos will also increase the amount of experience points and items earned after capturing a wild Pokemon. Get as many capture bonuses as possible to receive a high experience multiplier. Candies and Berries will be given as rewards for catching Pokemon, and using Pinap Berries just before capturing will increase the odds or amount of items you receive.

Chaining Pokemon and building catch combos will leave you with a ton of the same species of Pokemon. Send all the Pokemon you don’t want to Professor Oak from your Pokemon Box. He will give you candies based on the species of Pokemon you sent. Send enough Pokemon and you will also receive bonus candies! Use these to increase the stats of your Pokemon.