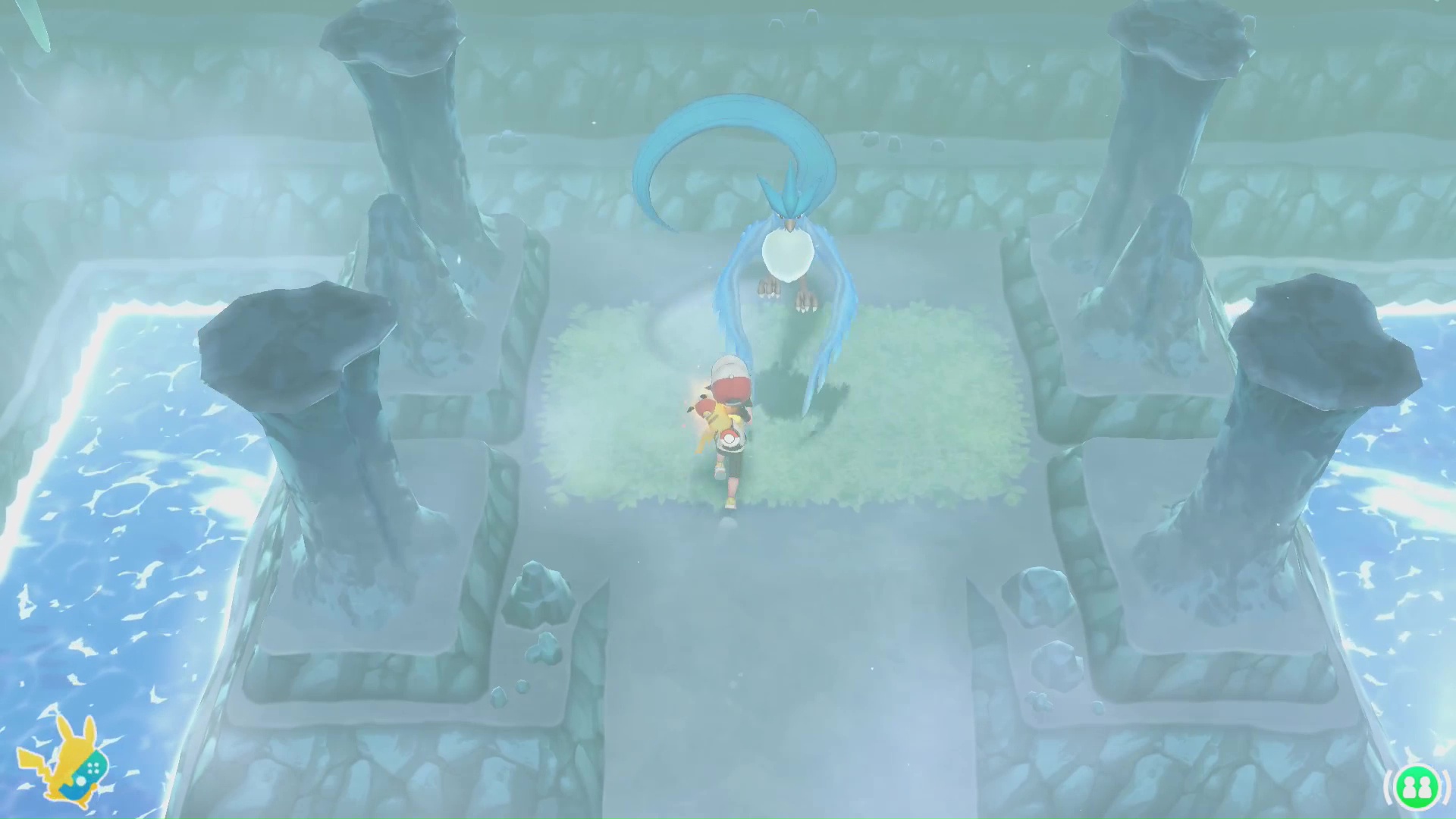 Seafoam Islands is a small dungeon in southern Kanto located in the middle of Route 20. Your partner Pokemon must know the Secret Techniques Sea Skim and Strong Push to navigate through the cave. Both can be learned in Fuchsia City.

If your party is getting weak from battling the Trainers in the ocean, speak with the woman near the entrance to Seafoam Islands.. She will heal your team for free!

Immediately upon entering the cave you will see a large block next to a square hole. Interact with the boulder and use Strong Push to shove the block down the hole. 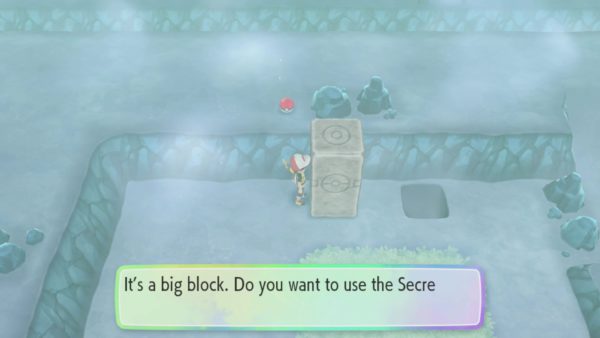 Afterward, walk west and grab the Ice Heal up the hill. A Coach Trainer is also located up this hill.

Defeat Yas to receive P4,600 and 5 Rare Candies. An Escape Rope can be found to the east. A few steps further east is a man who will give you free Poke Balls if you “run low.” If you have 0-9 Poke Balls in your bag, this man will give you 10 Poke Balls for free. It’s best to use this spot to learn how to catch Pokemon, build a catch combo, and even level up your team through capturing! 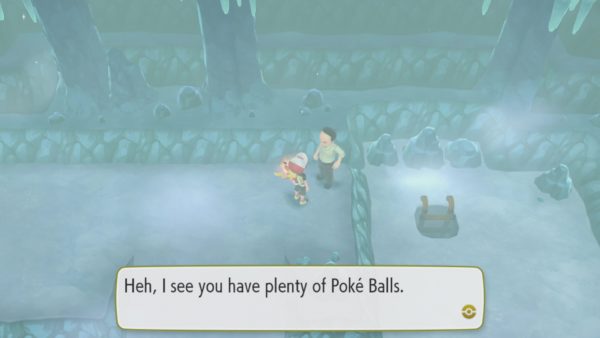 This cave can be a little confusing, so I will give simple instructions to get through. You can also watch the video above. Walk down the hill to the southeast and push the second block down the nearby hole. Use the ladder to the north to climb down to B1F. 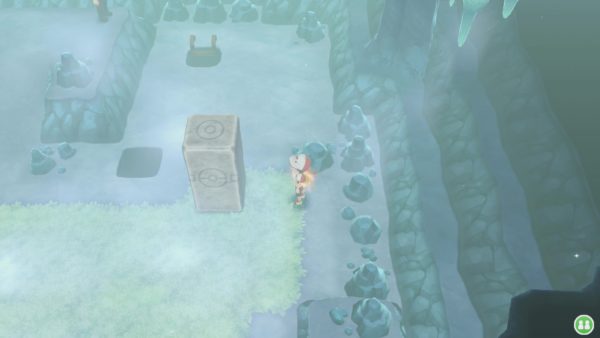 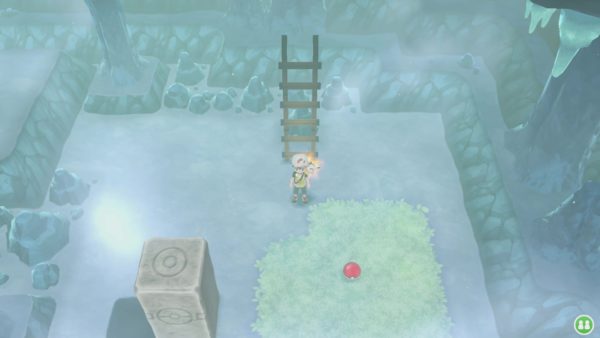 Walk up the hill to the east and pick up the Super Repel. Continue to the northeast to find the next block. Like before, use Strong Push to shove it down the nearby hole.

Head all the way to the northwest corner of this floor and pick up the Max Potion. Take the ladder down to the northern half of the second basement (B2F) to find the block from earlier. Use strong push again to push the boulder down the next hole.

Take the ladder back up a level to return to the first basement (B1F). Next, use the ladder in the middle of this floor down to the southern half of the second basement (B2F). 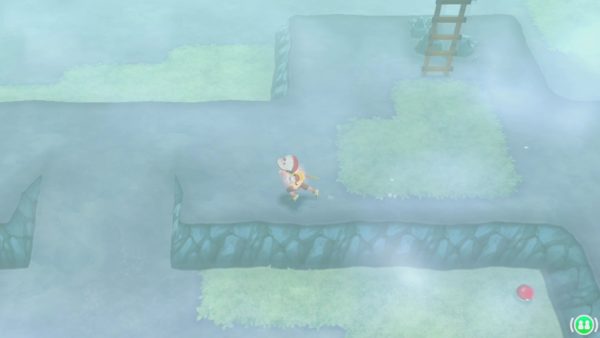 Walk south to find TM55 Ice Beam, a powerful and accurate special attack. Next, take the ladder to the southwest to reach the third basement (B3F). 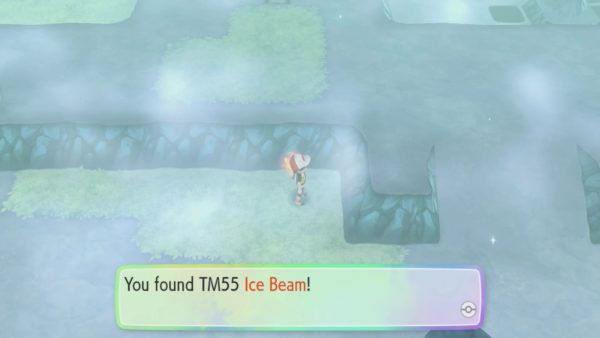 An X Speed can be picked up to the west once you reach B3F, a Super Lure can be grabbed to the north, and a Hyper Potion can be found to the southeast.

A small block puzzle is located to the southwest. Four blocks are lined up near two holes. If you fall down one of the holes, take the nearby ladder back up to this floor. The solution to this block puzzle is written in four steps:

Now you can either take the ladder to the north or simply fall down one of these holes to reach the fourth basement (B4F). Three different Big Pearls can be found near the shore to the south, east, and north across the river.

Surf over to the small island to the northwest to find the legendary Pokemon Articuno. This is one of the three legendary birds hidden around Kanto. Save before interacting with this Pokemon!

Before you get the chance to capture Articuno, you must fight and defeat the Pokemon within the five minute time limit. Use either fire-, electric-, or rock-type attacks to deal massive damage and defeat it quickly. Once you get a chance to capture it, Articuno will create a blizzard that freezes any berries you throw. Wait for the blizzard to subside or throw a Poke Ball before throwing out a berry. 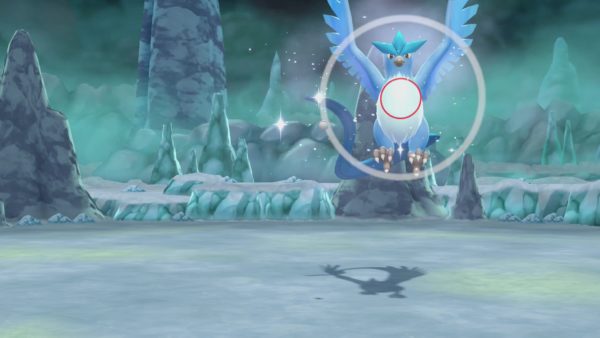 After the battle, return to the main island in the middle of this floor and take the ladder to the northeast up to the third basement (B3F). Grab the Super Repel nearby before climbing the next ladder up to the second basement (B2F). 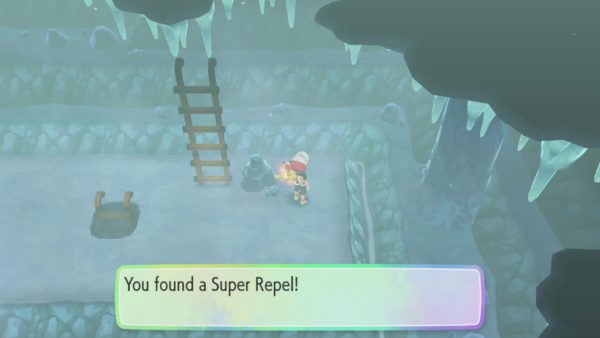 You should find another large block on this floor. Use Strong Push to shove the boulder down the nearby hole, then jump down the hole after it. This will take you down to the third basement (B3F) where 3 Ultra Balls can be found to the east.