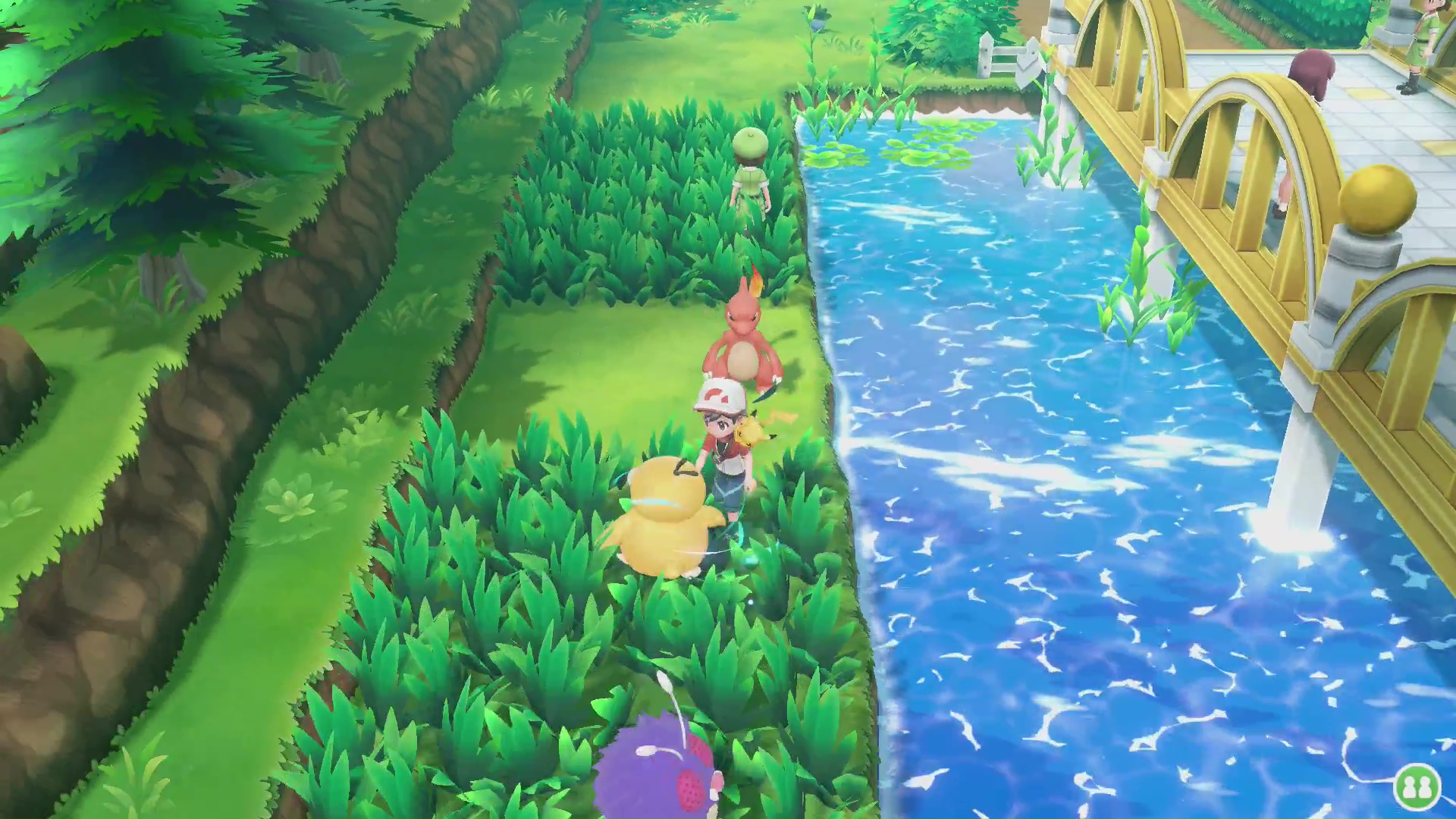 All wild Pokemon will appear on screen while exploring the world of Kanto. Simply walk in tall grass, explore a cave, or surf in bodies of water to discover different species. Walk towards and touch one of the Pokemon to switch from the over world to the catch screen.

The circle around the Pokemon is probably the best capture rate indicator in Let’s Go Pikachu and Eevee. Try to throw a Poke Ball at the center when the ring is at its smallest to increase your chance of a successful capture. The three bonus capture tiers are Nice, Great, and Excellent. The color of the ring is also a capture indicator, with red giving you the lowest chance, orange giving you an average chance, yellow giving you a good chance, and green giving you the best chance at capturing the wild Pokemon.

If the Pokemon is being stubborn, you can feed it a berry to further increase your chances at capture. There are three types of berries in Let’s Go Pikachu and Let’s Go Eevee.

Continue capturing the same species of Pokemon in a row to build a Catch Combo. The only things that will break the combo is if you capture a different species of Pokemon or if a Pokemon escapes from battle before you can capture it or run away. The higher the chain, the more likely you are to run into rare Pokemon.

Of course, these rare Pokemon won’t be so easy to catch. Unless you’re an expert at motion controls, I recommend capturing these Pokemon in handheld mode. It’s easier to move the switch around and press A. Not only will rare species of Pokemon appear in certain locations, but Shiny Pokemon will appear more frequently as well as you increase your Catch Combo.