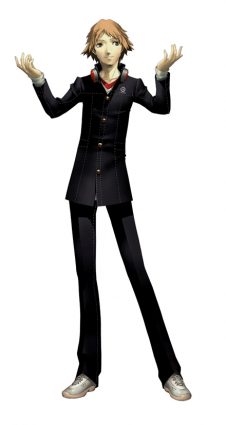 Yosuke Hanamura is one of the Protagonist’s classmates. He moved to Inaba six months earlier when his father was assigned to manage the local Junes Department Store. He has a cheerful personality and takes a shine to the Protagonist, since they come from similar circumstances. 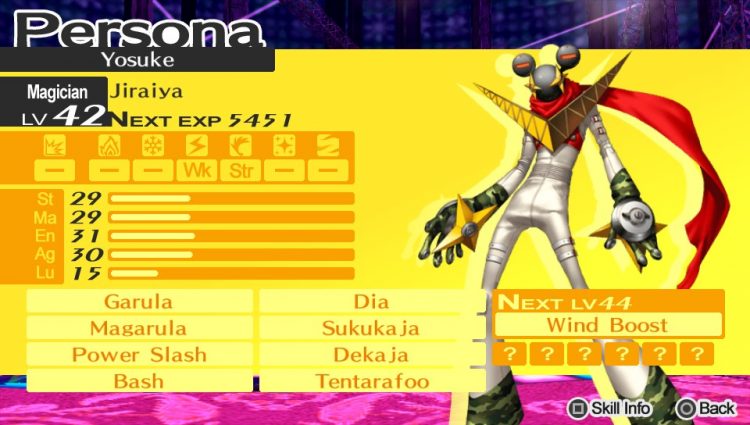 Jiraiya is the initial Persona of Yosuke.

Once you maximize the Magician Social Link to Rank 10, Jiraiya will transform into Susano-O. 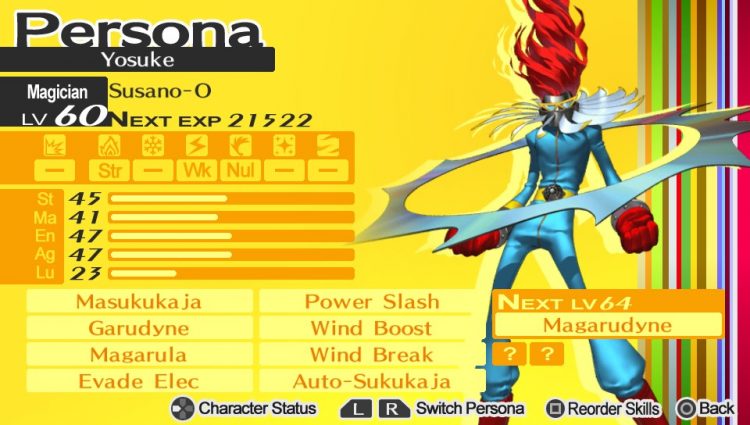 Susano-O can only be obtained once you maximize the Magician Social Link with Yosuke Hanamura. Yosuke’s previous persona, Jiraiya, will automatically transform into Susano-O, carrying its level and skills.

Its default level is carried over from whatever your Yosuke’s Jiraiya was at when he transformed.

Spending Time with Yosuke during the Winter Event, if you have already maximized the Magician Social Link, will cause Susano-O to transform into Takehaya Susano-O. 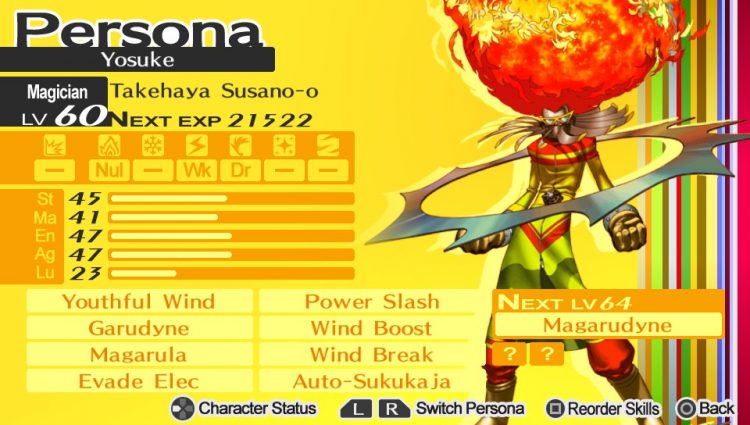 Takehaya Susano-O is the third and final persona form of Yosuke Hanamura.

Takehaya Susano-O can only be obtained during the Winter Event (post January 11th) once you have maximized the Magician Social Link with Teddie to Rank 10. Susano-O will automatically transform into Takehaya Susano-O when you Spend Time with Yosuke one last time.

Its level is carried over from Susano-O as well as all skills. However, once you receive Takehaya Susano-O, the persona will learn a new ability called “Youthful Wind” which serves to moderately restore the party’s HP and increase Hit/Evasion rates for everyone.

Once you have obtained Takehaya Susano-O, Yosuke also has a change in resistances– he now will absorb Wind damage (up from blocking) and will now block Fire-based abilities, up from resisting. However, Yosuke will remain weak to Electricity attacks.