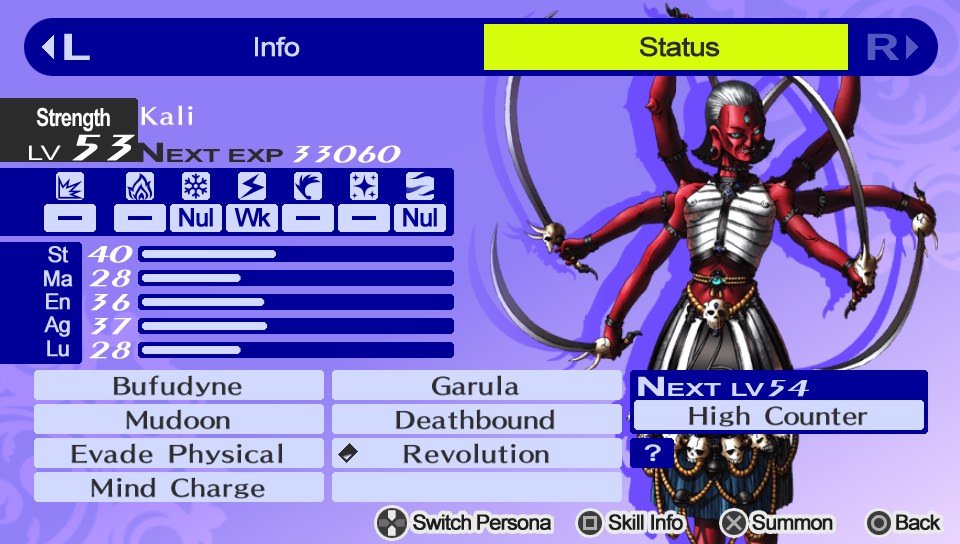 Kali is a persona of the Strength arcana. It specializes in Physical attacks. Its default level is 50.

According to Hindu myth, she is a consort of Shiva. Also called The Black One, she is a symbol of destruction. She is usually depicted wearing a chain of human heads.

Kali can be found during shuffle time in the Heaven dungeon or by fusion.