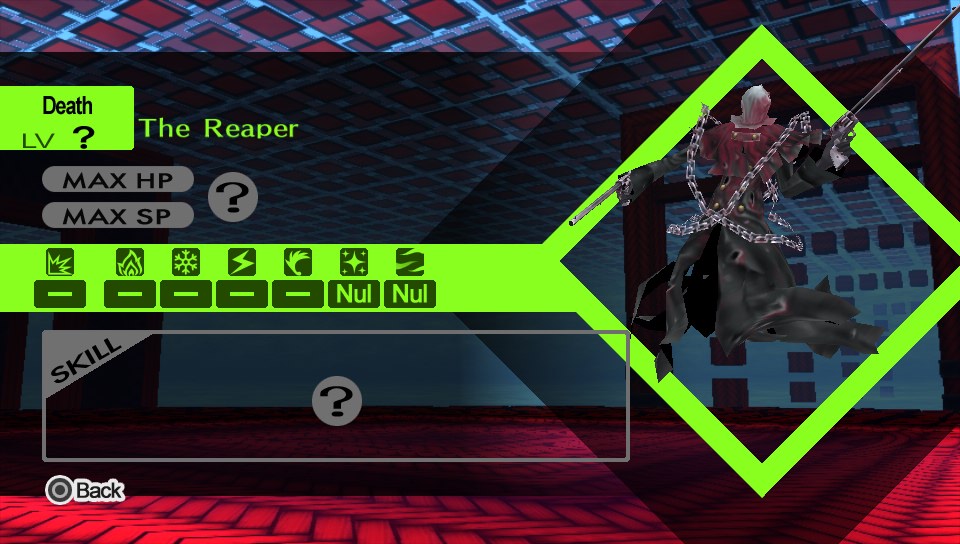 The process to earn this trophy is somewhat shrouded in mystery, but most agree that it must be done towards the end of the game as The Reaper is incredibly strong. Although this may be true, he can also be abused as soon as Yukiko’s castle is unlocked at incredibly low levels while playing on the easiest setting, granting you retries in battle, as well as greatly increasing the damage you deal and the damage he takes. This is even easier to accomplish on a New Game Plus.

To find the Reaper, you will need to open up about 20 Treasure Chests. To make It even easier, you can open 20 chests in any dungeon, leave, save your game, and go to floor 5 of Yukiko’s castle, as only two chests spawn on that floor. If you fail to discover The Reaper, simply re-load the game and try again. The chest counter will NOT be reset. Once the condition has been met, look for a treasure chest to open up. Do not open a golden chest or this will not work! The game will ask you if you’re sure you want to open the chest. Say yes to possibly face the Reaper in battle. Just because you hear chains and open a non-golden chest does not ensure the chance of facing The Reaper.

The Reaper is a mini-boss of sorts. The way he battles seems to depend on which Dungeon you are in. In later dungeons, he will attack twice per turn, usually Mind Charging first, and then lashing-out at a party member’s weakness with a “Dyne” level spell (Heavy Damage to an ally or entire party). It also has Break attacks that will nullify elemental resistances on your party. It may even cast a Darkness or Light skill for an instant kill.

Once you defeat the Reaper, you will earn the strongest weapon in the game for the character that landed the final blow. If all characters in the party have these Legendary Weapon, the Reaper will drop armor in the same manner. If all characters in the party have their Legendary Weapon and Armor, the Reaper will drop an Omnipotence Orb which is an accessory that blocks all elemental attacks except for Almighty damage.