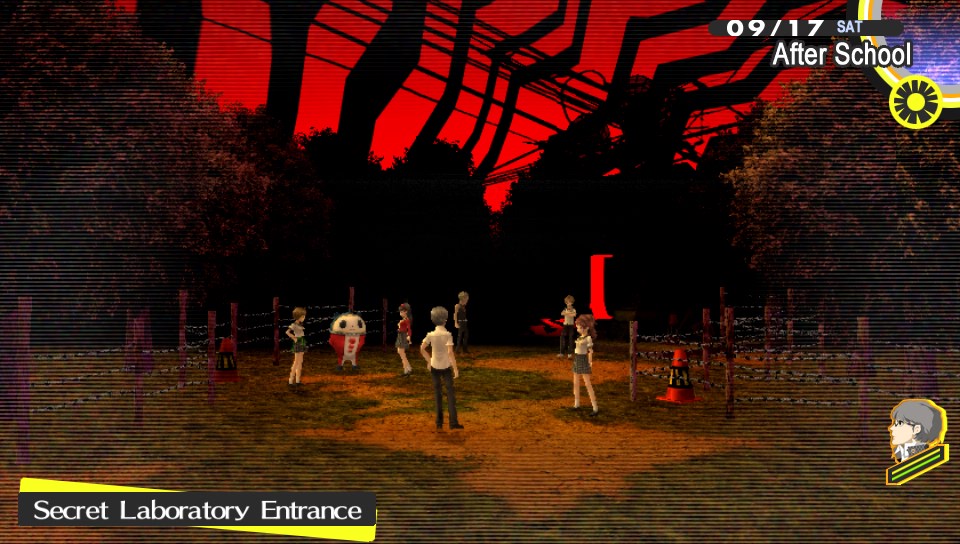 Secret Laboratory is the sixth dungeon in the TV World. It first becomes available around September 16th, and must be completed by October 5th.

The first boss battle will take a little navigating to find. You should come across a locked door on B4F. Since you don’t have a key, continue on to B5F.

When you reach B6F, you should find another locked door that needs an ID. Search the chests on this floor until you find a Research Card. Take it to B4F and unlock the previously locked door to find Dominating Machine. 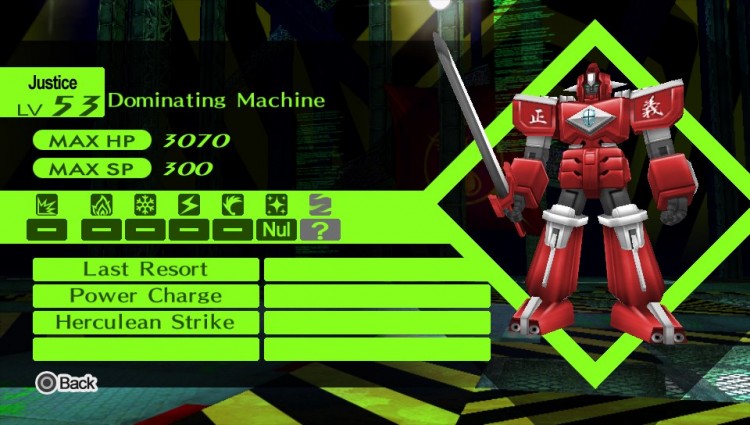 Dominating Machine is a rather simple boss fight. It will use a basic Power Charge – Herculean Strike combo to power up and attack the entire party. Your party should be at a pretty high level by now, so the strike shouldn’t cause too much damage. If a teammate is still at a low level, have them guard before the strike is used.

If you don’t finish it off quick enough, it may use Last Resort when it’s HP is low. This will use up all of Domination Machine’s HP to cast a Heavy Almighty Damage spell. Finish it off before it can do so.

After the battle, open up the chest in the back to get the Leader Card. Use it to open the locked door on B6F. Continue downward until you reach B9F with the final boss battle. 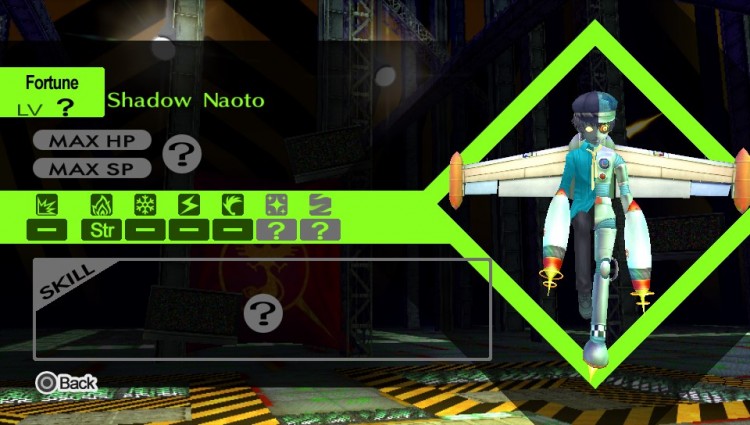 This battle is pretty straight forward. Shadow Naoto is a fast Boss with a number of great skills. It can cause both physical and magical damage, increase its stats, and inflict Enervation.

Don’t bother using fire, as Shadow Naoto is resistant to it. Use all other elements and Physical damage to put it down. If you want to counter Naoto’s Heat Riser, bring a party member that can remove stat increases. You can also bring someone that knows their own stat buffs to counter his, but he can also use Debilitate and Element Zero to weaken the party.

Defeat Shadow Naoto to return to the real world.

After the dungeon has been cleared, return to B9F to find Extreme Vessel. 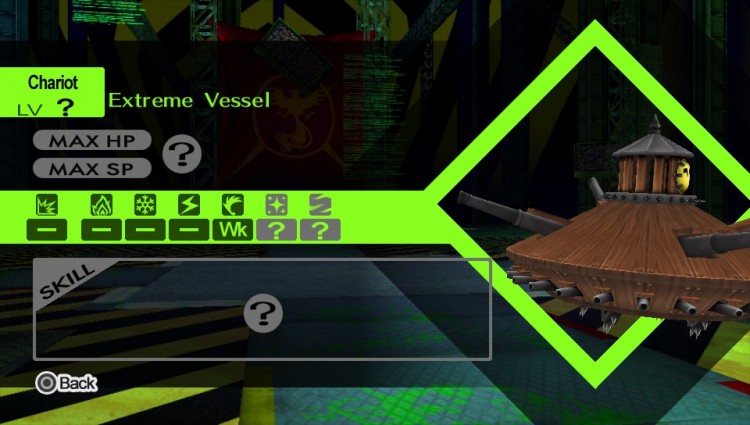 Extreme Vessel is pretty straight forward boss battle. It will try to increase its critical hit rate and double the power of its next magical attack before hitting the entire team with Mabufudyne – Heavy Ice Damage. Don’t bring anyone who is weak to Ice. If your team is still under leveled, you may want to block before it uses the ice attack. It will also attempt to poison the entire party with Virus Wave.

Use Wind damage to knock it down, but don’t do an All-Out Attack. Continue hitting it with Wind and Physical damage while it’s down to do bonus damage.

When the fight ends, check the table for Algernon, a new weapon for Naoto.