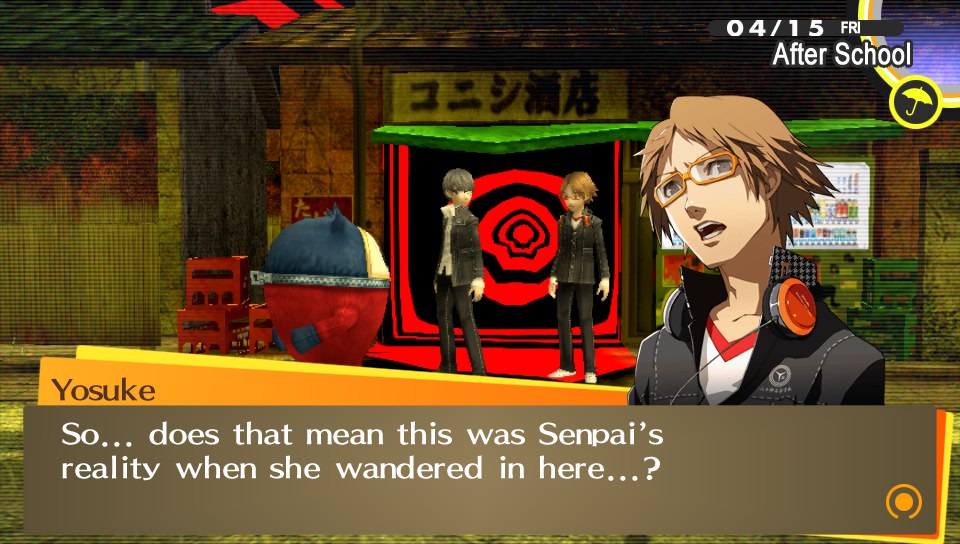 Former Konishi Liquors is sort of the first dungeon in Persona 4.

Enter the dungeon and let the story play out between Yosuke and Saki’s voice. After the dialogue, a Shadow will appear.

The first attack should be Wind of Oblivion. This attack can knock you down, leaving you open for more attacks which will do bonus damage while downed.

Once you get back up, use Zio to knock Shadow Yosuke down and get another turn. With it down, use the Cleave ability to do more damage.

If playing on harder difficulties, don’t forget to use items like medicine to heal your HP. There’s also the Rakukaja skill that raises your Defense for three turns.

Defeat it to earn 100 EXP and 3,000 Yen. Yosuke will also get his own Persona! You will return to the real world afterwards.

Return on May 1st or 2nd and investigate the area. A new weapon will be available for Yosuke, along with a quest item for Quest 03.