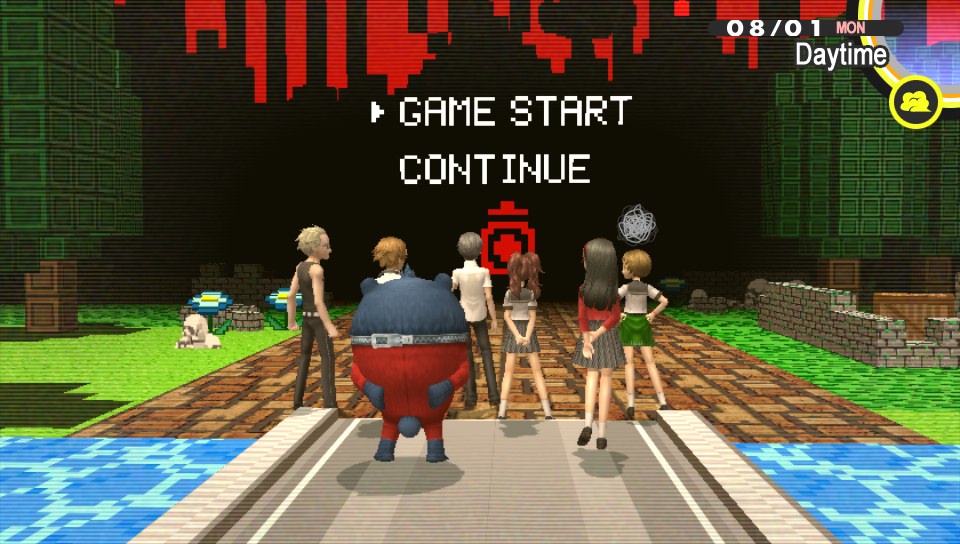 Void Quest is the fifth Dungeon in the TV World. It’s modeled after a traditional 8-Bit Video Game dungeon. There are several Video Game and RPG references scattered throughout. This dungeon first becomes available on July 29th, and it must be cleared by August 12th.

Chapter seven will try to mess with your head by changing the direction of the camera when you come to an intersection. Just because the camera changed doesn’t mean you have to change the direction you’re traveling. A boss battle should be to the North West on this floor.

After the fight, search the chest behind them to find the Orb of Darkness. Take the stairs to the next “Chapter.”

The 10th floor, also known as “Endgame,” holds the final boss. You will need the Orb of Darkness from the last boss fight to open it.

Shadow Mitsuo will be a bit of a troublesome boss battle if you’re not a high enough level. It has no weakness to any element, and the true boss is hidden within a protective shell. To defeat him, you’ll have to break the outer shell, then kill the boss before the shell rebuilds.

The first step is to destroy the shell, “Mitsuo the Hero.” Use whatever your Personas specialize in, whether it be Physical or Magical damage. Nothing will be able to knock it down for All-Out Attacks, so keep chipping away at its health. While it’s in this form, it can only use three attacks: Fight, Spell, and Item. Fight is your basic physical attack, spell is a magic attack that hits the entire party, and item is a Status Ailment attack that may cause Exhaustion.

After a few turns, Shadow Mitsuo will start building its shell again. It takes three Skill uses to fully build the shell, two of which can be done in the same turn. It won’t just be building its shell, however, it will have a small number of magical skills that can be used to damage, build resistances, or inflict Fear.

If you do enough damage before the shell is rebuilt, he will get knocked down again. Perform another All-Out Attack before he gets up.

Defeat him to clear the dungeon. More story-filled scenes will play right after, and the Teddie / Star Social Link will rank up. You will return to the real world shortly after. 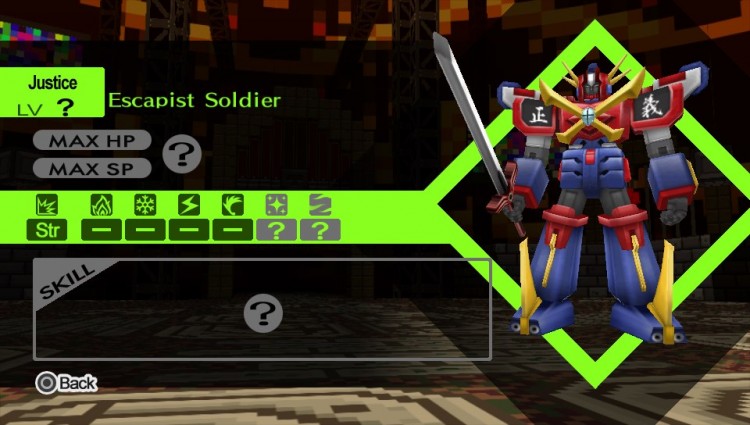 Return after clearing the dungeon to face Escapist Soldier on the tenth floor.

Escapist Soldier will resist Physical damage, so Magical attacks are the way to go. Build a team that specializes in magic to take it down before it can do much damage.

This guy will use Foul Breath to increase ailment susceptibility, then use Mind Slice to cause physical damage on the entire party with a chance of Panic. Bring Yukiko or Teddie to heal the Status Ailment, or bring a few healing items. The other attack he may perform is Mudoon, a dark magic attack. For those who aren’t familiar with darkness and light magic, they do not cause damage, only instant kills.

After the battle, check the skull and bones sprite on the back wall for a new weapon: