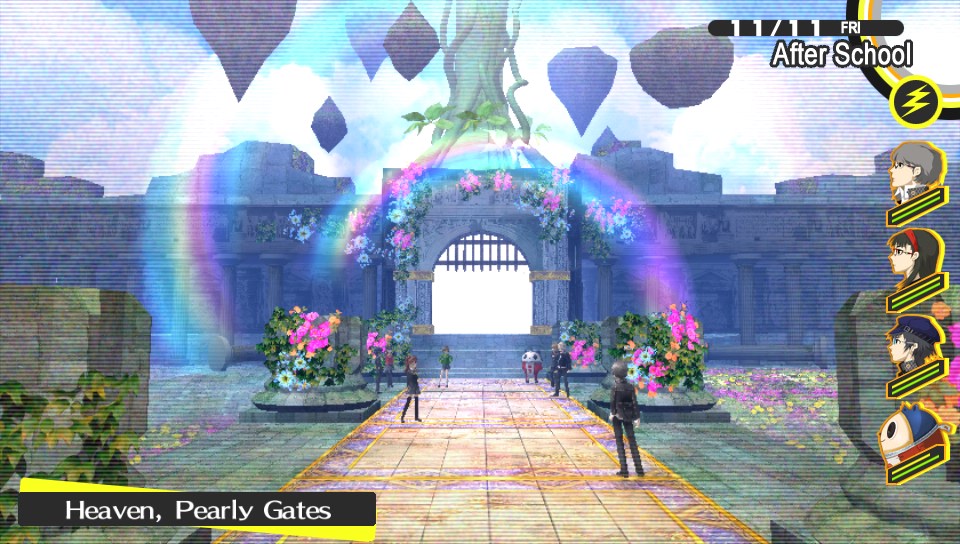 Heaven is the seventh dungeon in the TV World. It first becomes available on November 6th, and it must be completed by November 20th.

The seventh floor contains the first boss battle of the dungeon. 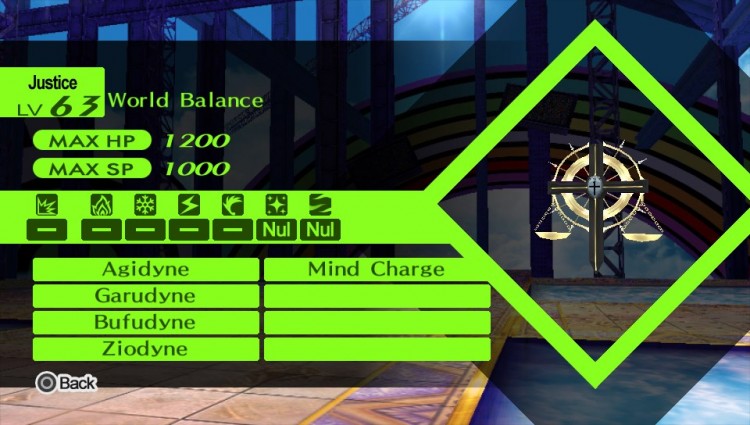 This is your basic offensive boss battle. It will use Mind Charge to double the power of its next magic skill, then use one of the four basic elemental magic skills that hits one ally. Your team should be at a high enough level by now to withstand the attack. If not, you can always guard after it uses Mind Charge. If it hits one of your team mates with an effective element, it will gain another attack.

The Tenth floor holds both Nanako and Taro Namatame. 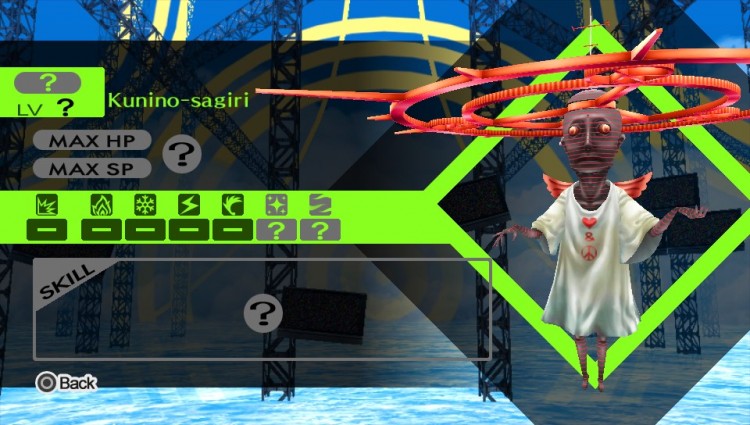 Kunino-sagiri will be the toughest boss battle in the game to this point. It can cast a number of damaging elemental skills to hit one ally or the entire party. If you try to use a stat boosting skill, Kunino may just nullify the increases with Dekaja. If you’re willing, you can use that to your advantage to get him to waste a turn, but you will be wasting a turn for one of your players in the process.

Once Kunino-sagiri reaches about 50%, he will use Quad Coverage to change up his affinities. One of the four basic elements will do much more damage than usual, and he will be resistant to the other three. Figure out which element causes the most damage, and let the other party members use physical attacks.

Around the time Kunino-Sagiri’s HP reaches around 33%, he will control one of your party members. You will not be able to target or heal your party member when they are being controlled, and they will not die even if hit with counter attacks. The controlled ally may attack with one of their skills, a basic attack, or they may try to resist being controlled all together. After a few more turns, they will return to your side.

When Kunino-Sagiri’s HP reaches around 25%, it will control all three allies and leave you to fight alone. Try to increase your defense when this happens. While alone, use guard and items to keep your health up. It’s also be best to switch to a Persona with no elemental weaknesses, or at least no weaknesses to the elements your party members use. Withstand the attacks until everyone returns to your side. If your level is high enough, or you think you have the skill, you can continue attacking alone.

Defeat this boss to return to the real world, secure Namatame, and send Nanako to the hospital.

After clearing out the dungeon, return at a later date to face Lost Okina. 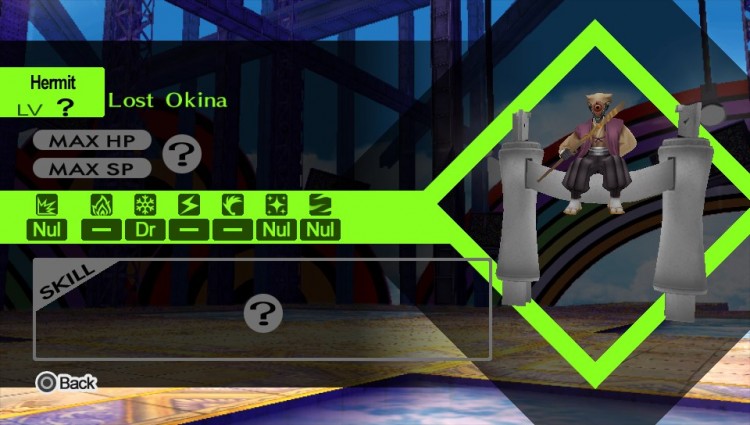 Lost Okina is an interesting boss battle that may cause a little trouble. It is impervious to Physical damage, and will restore HP if hit by Ice damage. Basically, Chie is a horrible choice to use in this fight. Use Almighty, Fire, Electric, and Wind Magic Skills to take it down. Bring along Yukiko to remove Status Ailments. Teddie can also be used to heal and remove ailments, but it won’t be able to attack at all.

Lost Okina will use Stagnant Air to increase ailment susceptibility over the entire party, then it will use physical damaging attacks that may also inflict one of three Status Ailments. Remove the ailments as quickly as possible to keep the fight going.

After the battle, cross the bridge and check the statues for a Chakra Ring. This accessory haves SP costs when using Magic Skills!