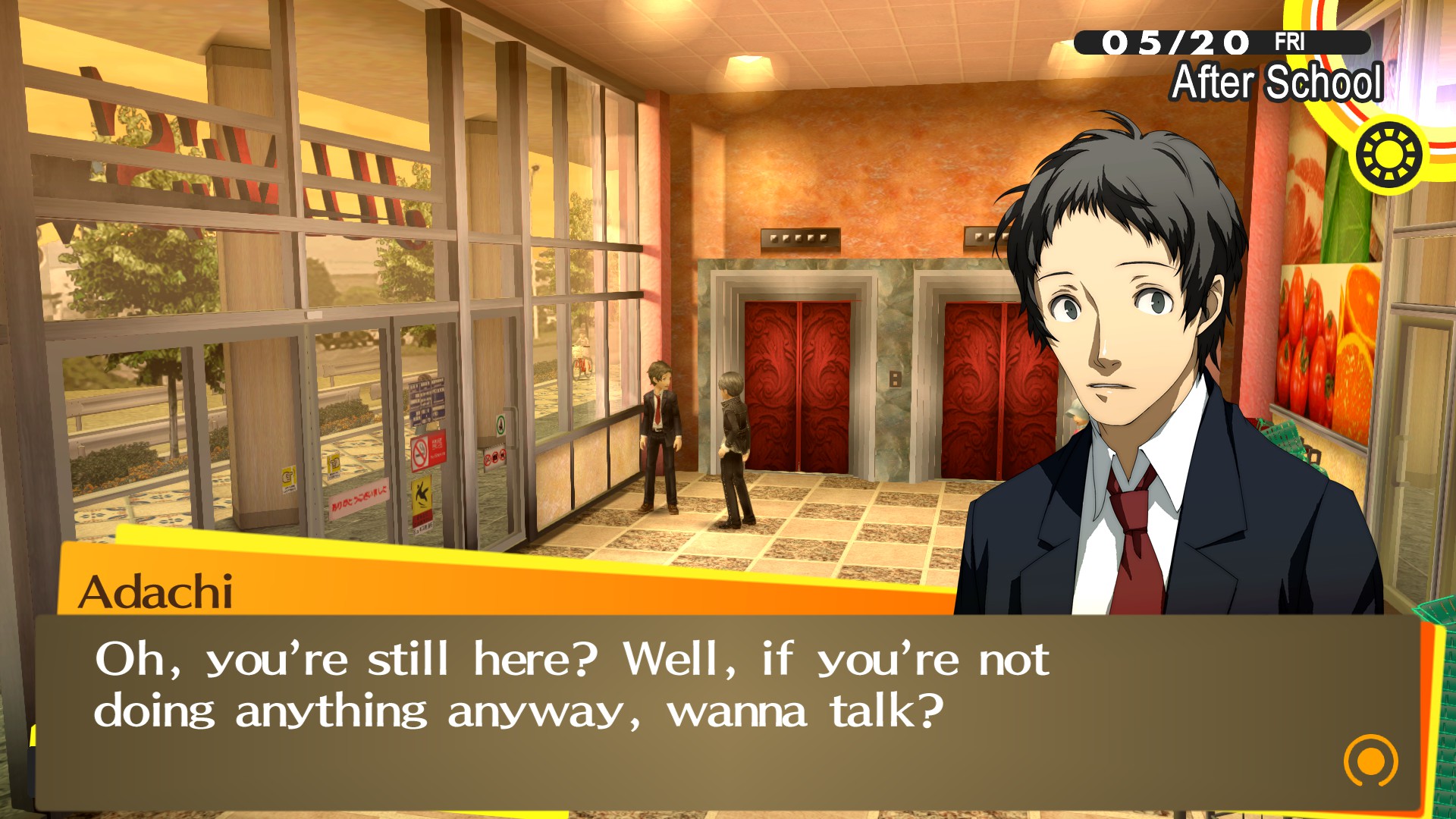 Tohru Adachi is the young Assistant Detective to Ryotaro Dojima. Dojima bosses and bullies him around, often snapping at him when he lets some police information slip out. Adachi has a very loose tongue and often gets carried away with tangents and thinking aloud.

A Social Link of the Jester Arcana can be developed with Adachi by hanging out with him in the Afternoon at Junes Department Store or in the Evening at Shopping District, South near the gas station.

The Jester Arcana will change to the Hunger Arcana later in the game. This only happens if you follow the proper steps towards the true or bad endings of Persona 4 Golden. Follow the walkthrough and make whichever decision you prefer, but the story takes a huge shift when visiting the hospital and choosing whether or not to throw someone into the TV on December 3rd.

Below is my live stream for the Adachi bad ending also called the Accomplice Ending.