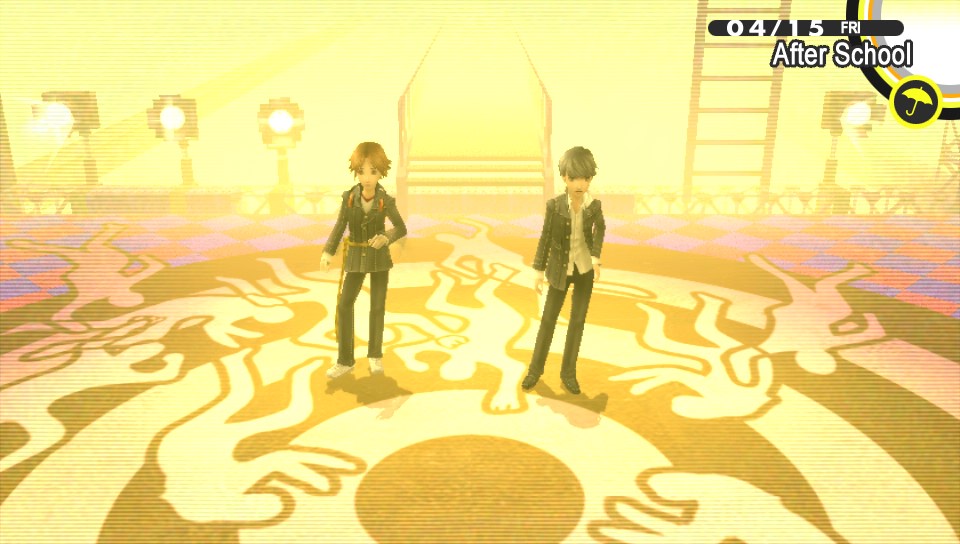 After starting up the game and choosing your name, the story will start to play out. Meet your uncle and cousin, you will be living with them for the next year.

When you get to bed, you will have your first “battle,” but it’s not a true battle. Attack all you like. Once the Bewildering Fog comes, it will be impossible to hit the enemy. There’s no way to win or lose this battle. 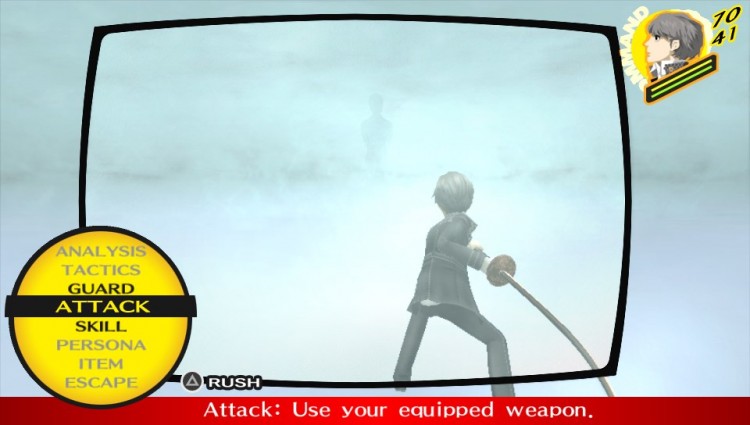 April 12th is the first day of school. You’ll meet some new people and make new friends. You will also experience the first pop quiz of the game on April 14th! Your history teacher will ask “What is the year before 1 AD called?” The answer is: 1 BC.

You and Yosuke will return to the TV World to do some exploring. You will obtain Medicine x3 and a Golf Club for a weapon. If you’re not sure what an item does, press SQUARE over the item to see a description. Same goes for Skills.

Eventually, you will reach the Twisted Shopping District. Two enemies will appear, and this will be your first official battle! This battle should be a piece of cake. Defeat the two Slipping Hablerie using the Zio Skill. After the battle, enter Former Konishi Liquors.