The Hero of the story doesn’t have a name in Persona 4, but his name can be learned through the anime and Persona 4 Arena. His cannon name is Yu Narukami.

He comes to Inaba because of his parent’s work. During his stay he lives with Ryotaro Dojima and Nanako Dojima, who happen to be his Uncle and Cousin.

Throughout the game, he makes friends with other kids at Yasogami High School while trying to solve the mystery behind several murders. 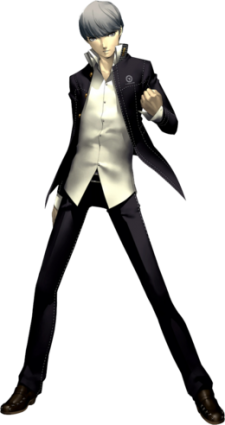 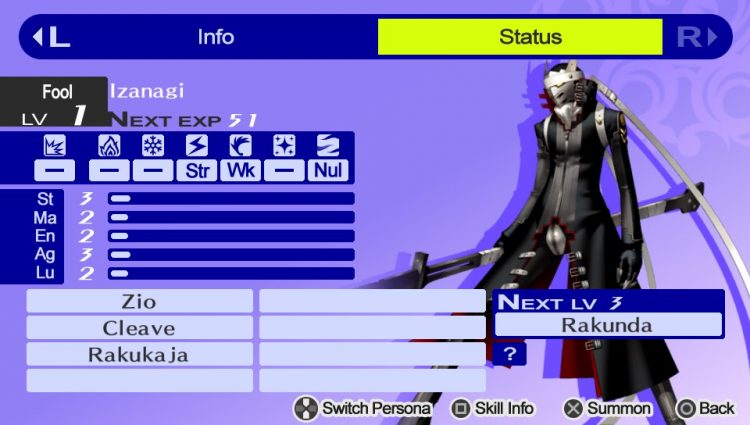 Izanagi is the very first Persona that will be obtained. It will become available at the Twisted Shopping District at the default Level 1. 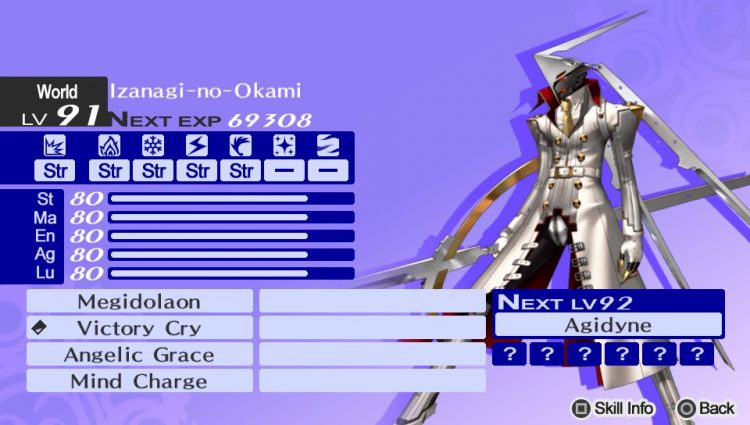 Izanagi-no-Okami is the only Persona in The World arcana and thusly, it cannot be found in a dungeon and must be fused using a Dodecagon special fusion (meaning “twelve”).

You can only fuse Izanagi-no-Okami once you have completely finished the game once and received the True Ending. It cannot be fused on your first playthough.

Also, it will not receive any Bonus Experience during fusion, nor can it inherit any skills; its skill list is set in stone.

To fuse Izanagi-no-Okami, you will need to use: