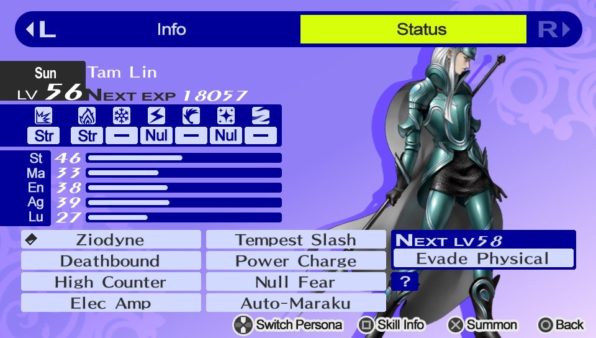 Tam Lin is a Persona of the Sun arcana. Tam Lin specializes in the Electric element. Its default level is 53.

A Scottish fairy knight who protected the glen called Carterhaugh. He was once human, but was captured by the Queen of the Fairies and lived as one of them thereafter.