How to capture a Wild Gengar

The incredibly rare Pokemon, Gengar, is normally obtained by trading a Haunter to another real player with a compatible copy. However, in Pokemon Yellow Gengar can be found and captured through a glitch. Here’s how to capture a wild Gengar.

You must prepare for this glitch before going into the Viridian Forest. The second to the last trainer (looking to the east), will be standing in a patch of tall grass. You must not battle this trainer!

Make it to Pewter City’s Pokemon Center and rest your team with Nurse Joy. Afterword, go buy an Escape Rope from the Poke Mart in town.

The next part of the glitch is a little tricky, so save before attempting. You must get noticed by the second to last trainer in Viridian Forest, the one who you should have skipped earlier. All you need to do is step from the east side of the forest to the west side until an exclamation mark (!) appears over his head. Immediately press the START button to bring up the menu. Select the Escape Rope from your items to return to the Pokemon Center in Pewter City. If done correctly, the battle should not have started.

Head to the Pewter City Pokemon Gym for the next step. You must battle the first trainer before Brock, but it’s important for the trainer to walk towards you. Hug the eastern wall and step out towards this Trainer to begin the battle. Lose the battle as quickly as possible, and you’ll end up at the Pokemon Center.

The final thing to do is head back to Viridian Forest. You will immediately be thrown into battle with a low-leveled Gengar. Be very careful! Gengar is incredibly powerful and hard to catch. 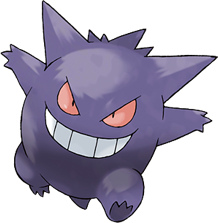