After a cut scene and a real time scene you will start the mission. The game will play “Fortunate Son” by Creedence Clearwater Revival. Move up to find some M16s and a M1911 on the ground. Your guns will be the M16 with masterkey and a M60. Follow your team and you’ll find more weapons like the stakeout shotgun and the AK-47. Tons of enemies will flood into your trench. Luckily they’re all wearing a similar outfit to each other which is very different from your team’s. Kill everyone in white and get any cover you can find.

Follow your team until you reach the fort like area where the rest of the soldiers are. Use the clackers on the sides of the trenches to set off bombs under the enemies. Keep moving until you reach the top. Three tanks will come in. Grab the LAW rocket launcher to take out all three. There are a few other weapons among the soldiers. You can find the first intel next. Reach the top of the hill in the back to find an ammo cache. 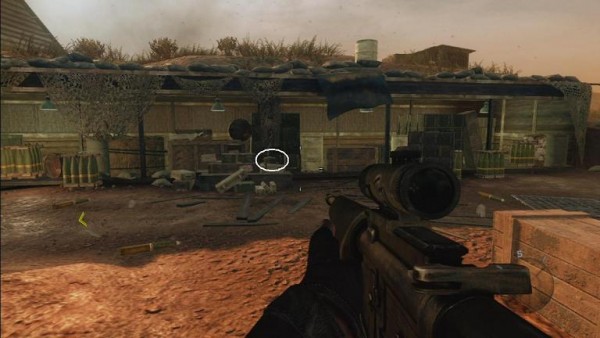 The intel is right in the middle. Now follow Woods to continue the mission.

The next part is extremely hard at high difficulties. You need to make your way down the hill without dying. Sounds easy, but you can die in a split second. Kill any enemies that may be firing at you before you head down. Make various stops down the hill for cover. It’s useless to stay in one spot the whole time because infinite enemies will spawn at the bottom. When you get close to the bottom your team mate will say “We need to improvise.” He will kick down a barrel to kill some enemies. Do the same to other barrels around you. I found it easiest to go down the left side. Inside a bunker on the left path, right before the bottom marker is another intel. 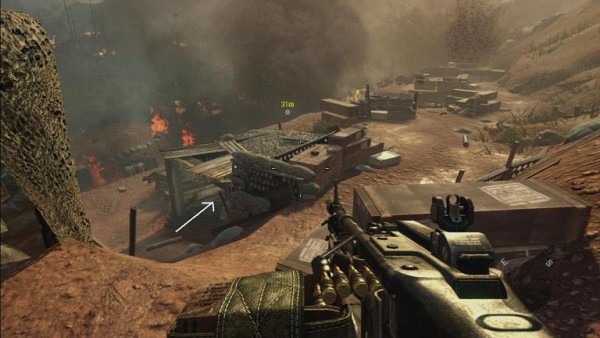 Reach the bottom and continue on.

Follow your team up the next hill. Use the foxholes for cover. Each fox hole has different weapons inside them. At the top you will have to save Woods with a Python handgun in a slowed down scene. After the scene you must follow your team through the bunkers to continue. Before exiting you should see a flag on a wall. Look on the shelf to the right in the room before the flag to find another intel. 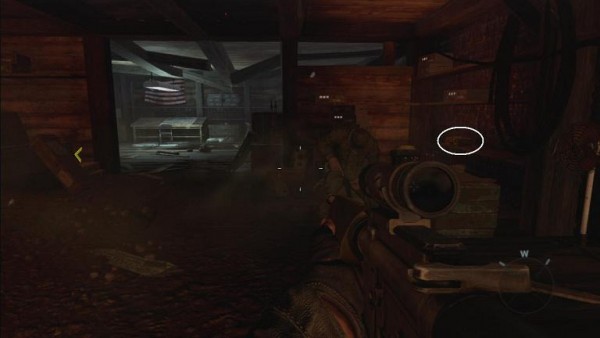 Exit the bunker to find a vehicle. On the vehicle is a TOW missile. Fire with RT/R1 and guide it with the right stick. Use no more than 6 missiles to destroy the tanks and you will earn another achievement/trophy. Your other weapons will be a M60 and China Lake. Destroy all the tanks to end the mission.