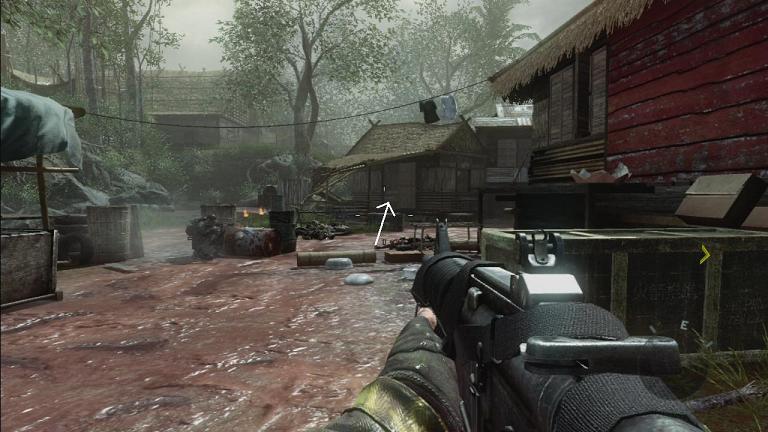 The mission starts on a crashed plane. You will automatically grab the M1911. Shoot the two men outside of your window and your plane will go into the river. Open the door by tapping the button shown on the screen repeatedly. Swim to the boat ahead of you and you will grab a Vietnamese guy with an AK47. Shoot all the others in front of you while holding the man hostage. Once everyone is dead you will drop his body into the river and take his AK. Jump into the river to regroup with your team ahead of you. Move forward and kill everyone with Woods. They will drop AK47s, Skorpions, and RPKs.

This next part requires stealth. Swim up to the boat without being detected. Stay under water and press the melee button when you get close enough. If you kill that man and two others silently, you will unlock another achievement/trophy. Move on to hear some dialogue. Plant the C4 under water when it tells you to. Walk into the VC base and you’ll find some sleeping VC. Kill the man sleeping to your right. Exit out of the room to find the entrance of the hut and another VC eating. Turn to your left to find Intel in the corner 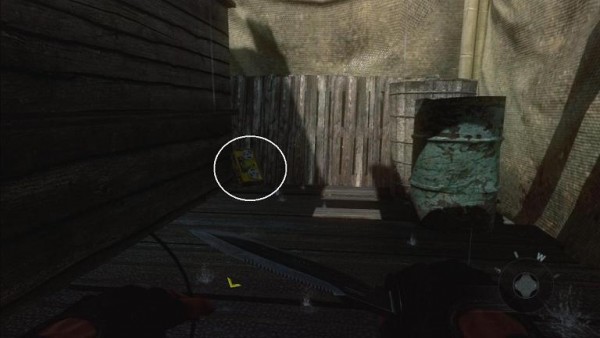 Turn back around and stealth kill the last VC to unlock an achievement/trophy. Follow the objective markers into and out of the river. Blow up the C4 and semtex when told to.

You should now be in a village with a Commando w/grenade launcher, WA2000, and 4 frag grenades. Clear the village and find the ZPU. Look on rooftops and doorways to clear the village. When the game tells you to clear the spider hole you can launch a 40MM grenade into it. Stay behind cover because there are tons of people around. Once your team moves up and the village is clear you can move up too, but stay behind any cover you can. First you should go forward to the hut behind the spider hole. Inside the hut is Intel on the floor to the left. 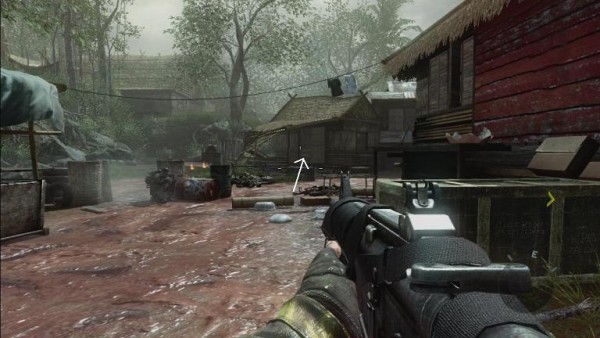 Follow the objective markers while taking out all the VC in the village. A machine gun will pop up not far from the ZPU. Destroy it with the grim reaper to earn an achievement/trophy. Clear out the village and jump down the rat hole at the end. Inside you will have a python revolver with a flashlight. There will be more VC in the tunnel so keep on guard. Clear out a room of VC with Reznov. After the room you will find a tunnel that splits up left and right. Take the left path to find an Intel. 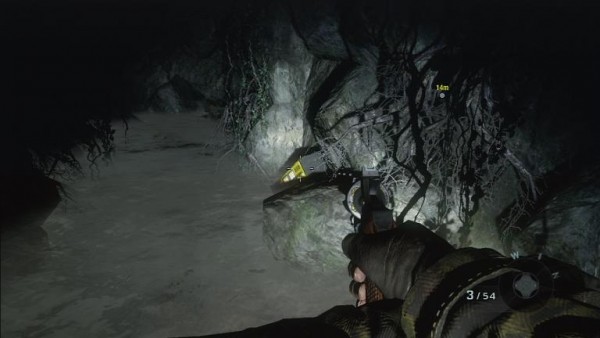 Continue through the tunnel and escape to end the mission.