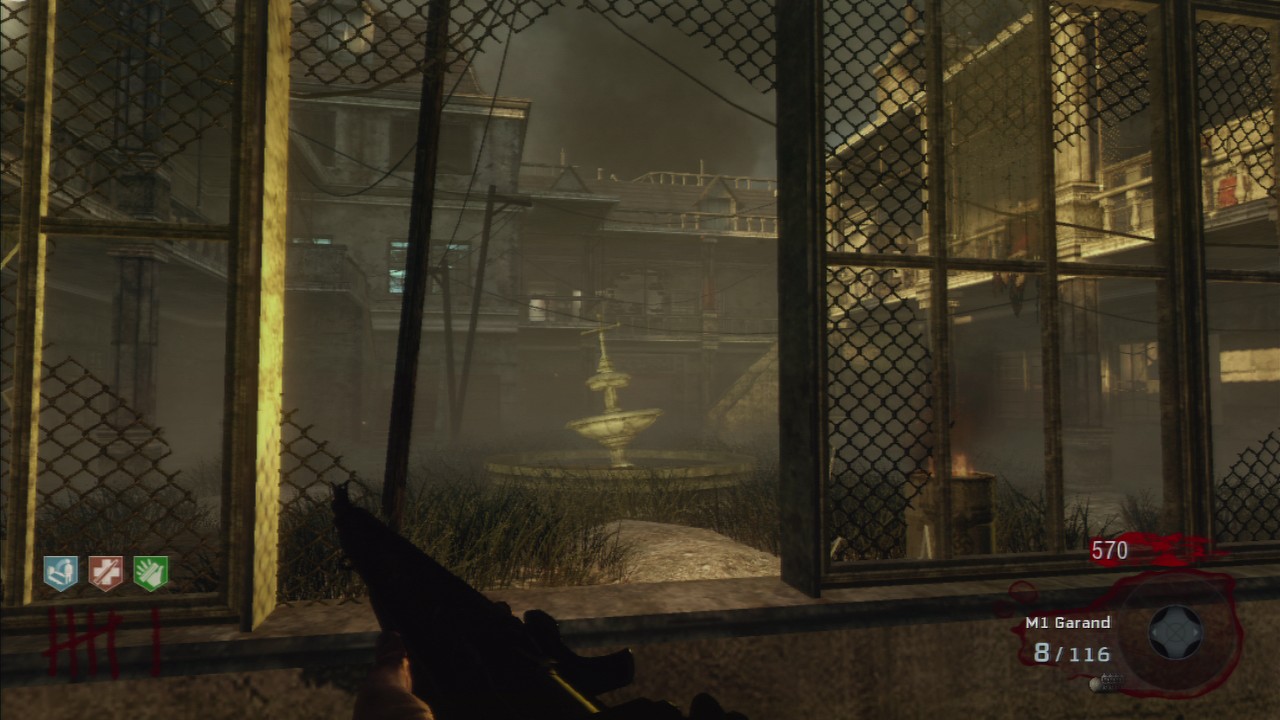 Verruckt (German for Crazy) is the second Zombies map featured in Call of Duty World at War. This version for the Black Ops Rezurrection DLC is mostly the same, though the Mystery Box weapons have been altered. This map takes place near Berlin, Germany at the Wittenau Sanatorium on September 1945. This building was one of the secret locations that was used for testing secret Nazi technology, and the birth place of Perk-A-Cola Machines.

This map is a large, two floor, squared shaped building that connects after the power is restored. Players are separated at the start of the game into one of two rooms. Restore the power to open the door at the starting area and activate the four Perk-A-Cola Machines. If you’re playing solo, you can restart until you end up on the side you like, and the Quick Revive Machine will be active from the start.

The power also activates special traps set around the map. The Electric Barriers will kill anything that touches them while activated. The kills will not award you any points. These traps cost 1000 Points to activate, lasts 30 seconds, and have a 90 second cool down period.

Winter’s Howl
A Semi-Automatic Wonder Weapon.
6/24 Ammo
4 Second Reload Time
Freezes Zombies with each round. While frozen you can shoot or knife the zombie for an insta-kill. Replace M1911 if you are downed.

This video shows you various small Easter Eggs – mainly visual ones – throughout the Zombie map Verruckt. The video starts with an audio Easter Egg you can hear in the Power Room.