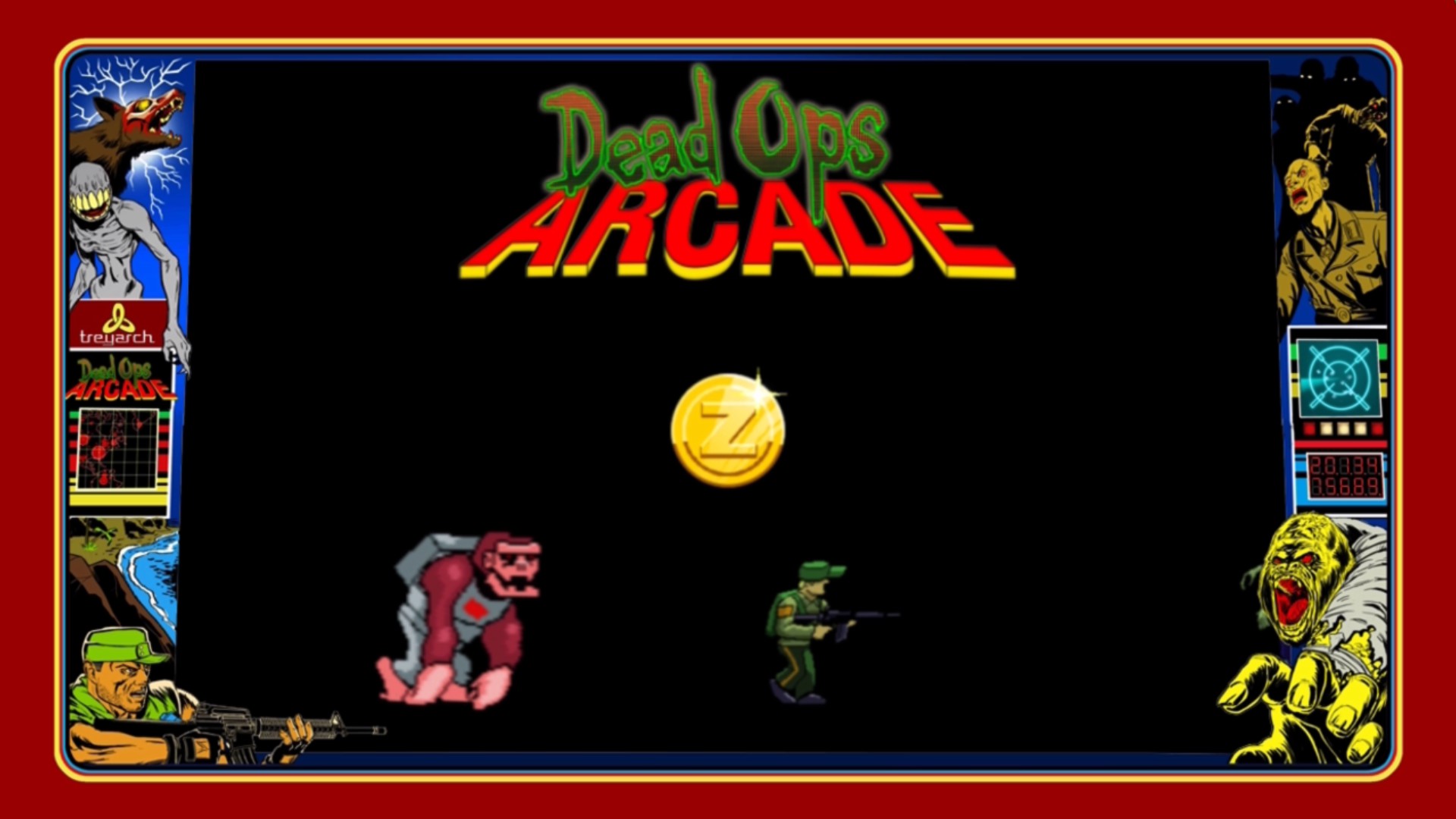 Dead Ops Arcade is a special arcade version of zombies. You can unlock it by finding the terminal/pc at the main menu and entering “DOA.” In this mode you are a small character around a island jungle area. Actually the areas can switch to places like the other zombie maps – factories and asylums. You can play solo or with up to three other friends just like on the other zombie mode. Use one stick to move and the other stick to fire in any direction. Use the right trigger to speed boost and kill any zombies in front of you and the left trigger to drop a nuke, if you have speed boost or nukes available. You can pick up extra weapons and power ups to keep you going.

Each player has 3 lives, 2 speed boosts, and 1 nuke to start off with. You can gain more lives by picking up little soldiers or gaining 200,000 points. If you die and have no more extra lives, you must wait 60 seconds to be revived or you will be revived at the start of the next round. If you don’t have anymore speed boosts, you will gain an extra at the start of the next round. When playing with friends it seems you share lives and speed boosts after reviving team mates who lost all their lives. It’s hard to tell amongst all the explosions and bullets.

You must stay in one small area for each round. Kill all zombies in the area to progress to the next round and a new area. There are a max of 50 rounds. Zombies aren’t the only enemies in this game mode, you must fight hell hounds and creepy crawlers as well. At the 40th round you must fight a new enemy called the Cosmic Silverback. It’s basically a gorilla that’s tougher than the other zombies and hell hounds you have faced.

Each kill is worth at least 100 points. During and after each round you are given gold bars or coins to pick up which not only add to your score, but fill up a special meter under your score. Once the meter is full, you will earn another multiplier. You start with x1 which goes up each time the meter is filled from the picked up loot only. If you are hit and lose a life, your multiplier goes back down to 1. When you come back to life, if you have an extra life, you will burst back to life, killing any zombies around you and dropping a few gems to help build up your score multiplier. Once you reach 200,000 points, you will earn another life. 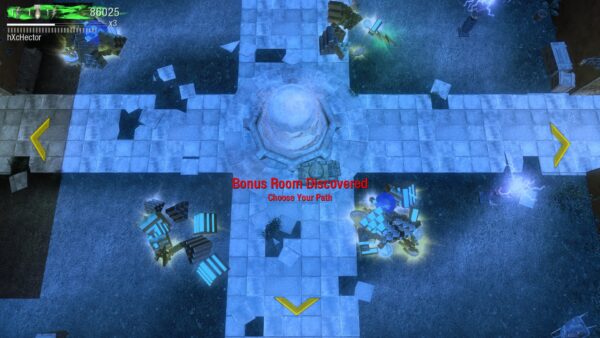 During the game you will encounter special rooms that give you special items or missions. The rooms seem to come up randomly.

Prison Break puts you and your team mates in a room with a cat walk and tons of prisoners. They’re not zombies, but they will act just like zombies. They look more like Sergei from the Vorkuta mission in the campaign.

The Creepy Crawler room is a room full of creepy crawlers. The room is usually smaller than normal rooms along with a few electric posts.

The armory is a room with no enemies. Instead this room has tons of pick ups and loot.

The Bonus Room is a room with no enemies. Instead this room has tons of loot that keeps refilling until the next path opens.

The room of fate is a room with 4 doors. There are no enemies here. Choose one of four doors to be rewarded with a special bonus. The bonuses are: 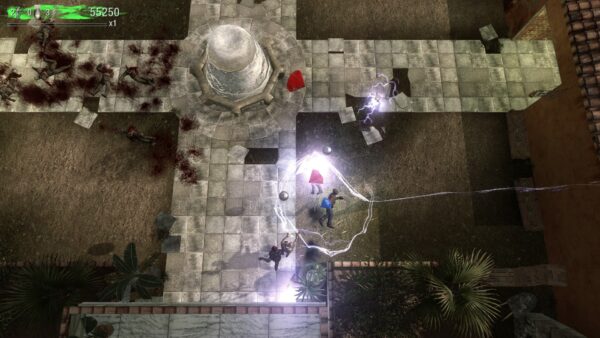 The weapons in DOA are similar to the weapons in zombies or multiplayer. Your default weapon is a machine gun/assault rifle. You can pick up other guns for a short amount of time. There will be a small meter at the top left corner that show the amount of time you have left for each picked up weapon. The meter will empty quicker if you use the gun, as opposed to standing still. You can find the following weapons:

China lake
Shoots 40MM grenades a few feet in front of you.

Flamethrower
Has far and wide spray but isn’t too powerful.

Monkey Bomb
Drops a monkey bomb where you pick it up to draw zombies towards it until it explodes.

There are various power ups that you can pick up just like weapons. They help you out for a certain amount of time just like the weapons. You can find:

Boot
Helps you move around faster

Lightning Bolt
Gives the player another speed boost. Players start out with 2 speed boosts. If you don’t have any at the end of a round, you will earn one automatically at the start of the next.

Soldier
Gives the player another life.

Chicken
Gives you a bird that flies over your shoulder for a short time. The bird shoots enemies with the same type of weapon as you, and in the same direction.

Barrels
Two barrels float around the player and kill any zombie that hits them.

Electric Steel Balls
Four balls float around the player. If a zombie hits it, all zombies behind will be killed by a bolt of electricity like with the wunderwaffe. The ball that hit the zombie will disappear.

Teddy Bear
Puts up a shield around the player that protects the player for a short time. It is possible for enemies to make it through the barrier and kill you, but they usually bounce off the shield.

Tank
Turns the player into a tank that can fire it’s cannon. You cannot be hurt as a tank.

Helicopter
Turns the player into a helicopter that fires rockets. You cannot be hurt as a helicopter.

At certain levels you will encounter some objects that have a mind of their own. These things can help you or hurt you because they will kill anything in it’s path, zombies or you. You may only see some of these AI Objects when taking certain paths. These include:

Electric Posts
Stationary posts that have a small electrical barrier around them.

Gorillas
These show up after every couple of rounds to steal your gold/silver. Pick it up before they do and don’t get hit by them or you will die.. The final gorilla, the cosmic silverback, will have a jet pack and be the only enemy at round 40.

Bulls
Stampedes of bulls will run from door to door making a + through the map. They can help kill zombies, but they can kill you too.

Flaming Barrels
Similar to the barrels in the campaign and multiplayer. These will be dropped off roofs and explode after a short time or when shot.