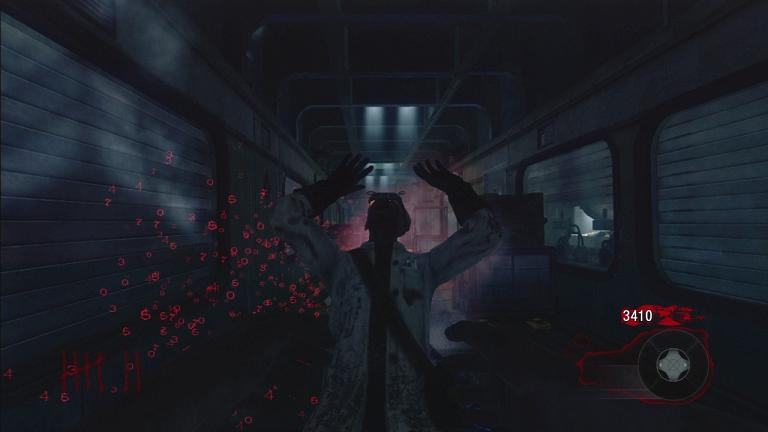 “Five” is the second base Zombies map in Call of Duty: Black Ops. It takes place in the top secret Pentagon building. This map is unlocked after beating the campaign. Alternatively, you can unlock the map by accessing the terminal at the main menu. Escape from your straps by pressing the triggers of your controller quickly, then interact with the computer. Enter the code “3ARC UNLOCK.”

Like most Zombies maps, you must turn on the power to use the Perk-A-Cola Machines. A Mystery Box is available, but does not have a set starting location.

There are no Hell Hounds in this level, instead there is the Pentagon Thief. The Pentagon Thief looks like a stereotypical scientist, like Dr. Emmett Brown from Back to the Future. If he touches you, he will steal the weapon you have in your hands. There’s an achievement/trophy awarded for killing the Pentagon Thief before he steals your loadout. The Pentagon Thief has a massive amount of health, but it is possible to kill him. Use claymores and light machine gun rounds to the head or upgraded weapons. If you can kill him after he stole any weapons, all players will get their weapons back along with a max ammo and a fire sale power up. If you bought a gun after your weapons was taken and everyone’s weapons were returned, you lose the weapon you purchased and regain the weapon you lost. If you can kill him before he steals everyone’s weapons, you will get a max ammo and a bonfire sale power up.

Quick Revive
1500 Points / 500 Points on Solo
Quick Revive allows you to revive your downed teammates in half the time. When playing solo, you can buy revive without having to turn on the power. The perk will revive you if you are downed, and your weapon will turn into the mustang and sally. You can only buy it three times on solo.
Starting Area Opposite Hallway of Elevator

Claymores
2 Claymores that refill after each round.
1000 Points to Buy – One time only.
Basement in locked room near M16

If you find and interact with the red telephones on the level after turning on the power, the song “Won’t Back Down” by Eminem will play.