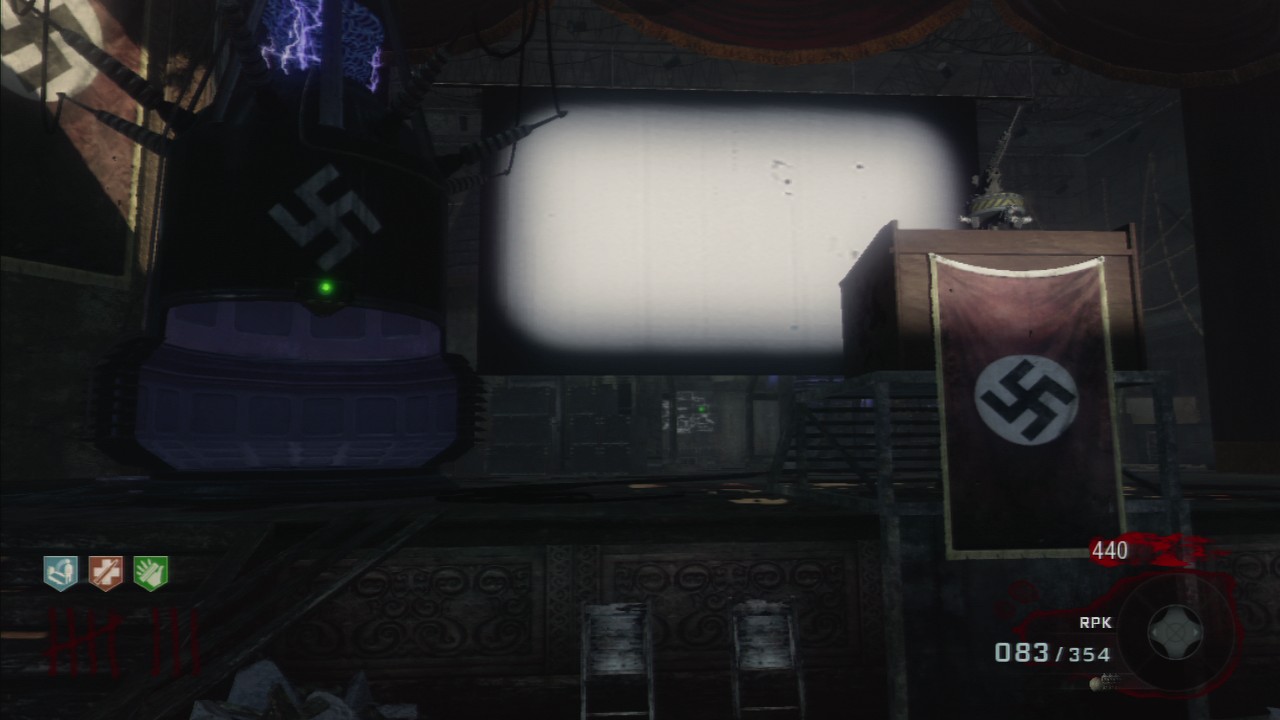 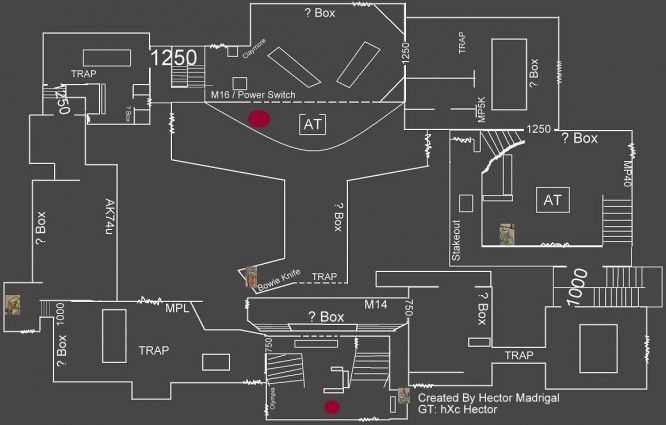 Kino Der Toten is the base Zombies map in Call of Duty: Black Ops. It is set in and around a theater which appears to have housed Dr. Maxis and his work.

Restore the power on the theater’s stage to activate the Perk-A-Cola Machines and traps around the map. Turning on the power will also open the door from the stage to the lobby (starting room), and bring out a new type of creature called Creepy Crawlers or Nova 6 Zombies. These Zombies crawl around on all fours and explode when shot or blown up. Use a melee attack to prevent them from exploding. The explosion will cause a small amount of damage, but mostly impair your vision, hearing, and movement for a few seconds.

In addition to Creepy Crawlers, Hell Hounds return in Kino Der Toten. Every several rounds, a wave will be filled with nothing but these flaming zombie dogs that attack head on. Kill them all to earn a Max Ammo Power-Up.

The mystery box will begin in one of six random locations around the map. Turn on the power to activate painted maps with light bulbs above each Mystery Box spawn location. The light bulbs will show the current location of the Mystery Box.

Quick Revive
1500 Points / 500 Points on Solo
Quick Revive allows you to revive your downed teammates in half the time. When playing solo, you can buy revive without having to turn on the power. The perk will revive you if you are downed, and your weapon will turn into the mustang and sally. You can only buy it three times on solo.
Starting Room

Jugger-Nog
2500 Points
Jugger-Nog give you about four times more health.
Back of Seating Area

Automatic Turret
1500 Points to Buy
Power Must Be On. Shoots anything in sight like a Sentry Gun. Lasts 1 Round.
Found on stage and near speed cola

Claymores
2 Claymores that refill after each round.
1000 Points to Buy – One time only.
Stage

If you find and interact with the 3 meteor pieces in this level, the song “115” by Elena Siegman will play. One is in the lobby, one is in the film storage room, and one is in the changing room.

The portraits near the balcony area on the east side of the map can be interacted with. Each of the four characters will say different lines when interacting with the five portraits.