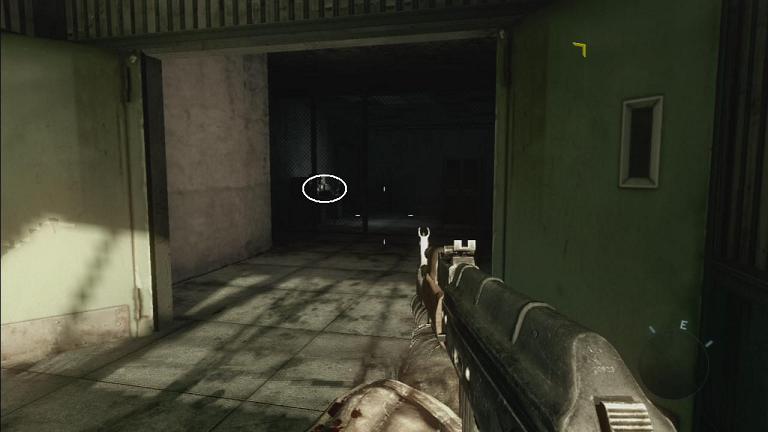 The mission starts off with a small scene. You and Reznov will fight. When Reznov gets beaten you will grab a rock and stand up. Move towards the guard and hit him over the head with the rock. You will now have a knife, your goal is to escape. One guard will come at you and hit you with a stick which kills you in one blow on veteran. Run through the tunnels until you reach the elevator. At the top you must grab the Makarov pistol from the dead guard. Follow Reznov and Sergei outside and behind a coal cart. Use your Makarov to shoot any guards that come up the sides.

Enter the next building and follow Reznov. Both of you will climb up the stairs to the tower. Reznov will stop by some equipment. Look to the right of him to find Intel. 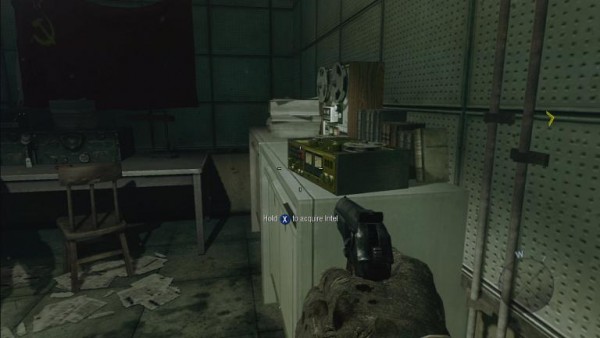 Climb up the stairs to reach the roof. At the top is a slingshot with three targets. Destroy all three with three attempts to earn another achievement/trophy. To destroy the targets with one hit, place the bottom of the V like crosshair on the targets. The slingshot should hit each of the targets. Head back down stairs to grab a shotgun. Use the shotgun to blow open the gate outside. Kill the guards around you, but don’t shoot your fellow prisoners at the other end of the yard. The guards will drop AK-47s which will be of better use than the shotgun.

Head North fighting all the guards. Some trucks will drop off more guards to fight you. Look on top of the gates for guards too. You need to reach the other end of the field and take out the helicopter. The Helicopter is deadly, it will kill you in half the time it takes regular men to kill you. I found that the best way to get to the other end of the yard is to go up the left side. Destroy the truck with all the men, keep heading left, kill the two men at the end, and run towards the objective marker. Make sure the helicopter isn’t right above you when you do any running or you will die. Run inside the door at the end of the yard to find Reznov. Head up the small set of stairs to watch two of your men die. Grab the harpoon from one of your fallen men and shoot the helicopter.

Your next objective is to get to the armory. There is a hole on the outside wall that leads to the armor. Right at the entrance is an AK-47 with grenade launcher. Pick that up and fight your way up the stairs. At the top of the stairs are more men with lots of cover. You can use your grenade launcher here. When the hall is clear or you get close enough to the end, you will see red lights flashing. The door will start to close to the right. Sergei will hold the door as long as possible, but it will continue to shut. Run underneath the door and open it with the controls in the next room, a marker will mark it’s location. Lookout for any men on the cat walks above. The room with the controls is bullet proof so you’ll be safe inside. From the small control room, go to the left into a dark room. Inside the room is more Intel. 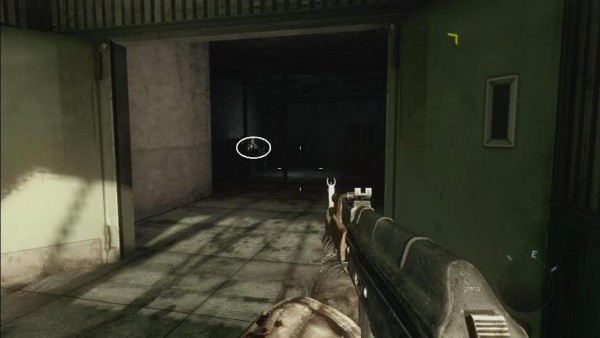 Walk up the stairs to regroup with Reznov. Fight your way to the blowtorch. Reznov will put the blowtorch on while more guards break through the door. Your objective is to protect Reznov. Kill any men that break through the door. Some men have heavy armor on, aim for the head. When it’s time to move on you will find more guards coming from the opposite direction. Follow Reznov and continue to protect him. He will use the blowtorch to cut through a door. Inside is a minigun named “the Death Machine.” Grab the mini gun and fire at any enemy in your way. The mini gun will overheat and you cannot aim with it. You can kill fast, but you are not invincible. If you’re playing at high difficulties you will still need cover. Head North into the hole in the wall, exit out of the building. Shoot on the ground and on top of the buildings. Walk forward to each marker. At the end of the road a cut scene will play.

After the short scene you will be with Reznov in a small room. Look behind Reznov at a bunch of garbage in the garage. 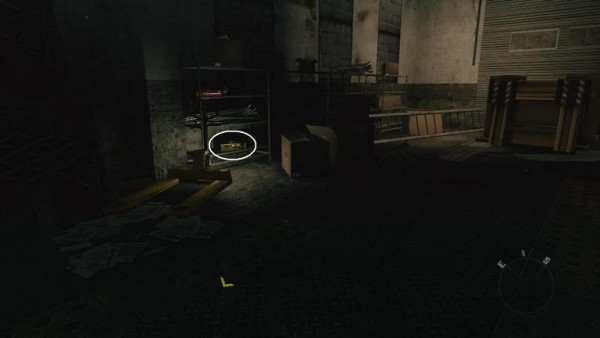 Another Intel is on the bottom shelf. Ride a motorcylce to escape. Use the left trigger/L1 to fire a Model 1887 shotgun while driving. Try and shoot every enemy on a vehicle to earn another achievement/trophy. Follow the objective markers to end the mission.