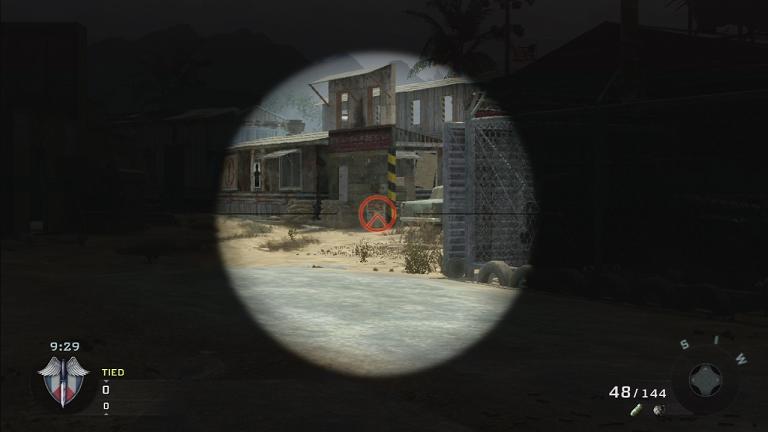 Perks give you a little edge on multiplayer. You can rank up perks by completing 3 challenges unique to each perk. After all three challenges are complete, you have the option to buy the pro version of the perk for C3000. Pro perks allow you to use the regular perk plus a new ability with the old perk. All perks are available for purchase at level 4 for 2000 COD Points. Lightweight, Hardened, and Tactical Mask are unlocked by default without purchase.

Lightweight gives you a standard character model.
Standard: Allows you to move faster. Depending on the gun you have, you will move at a certain speed. With Lightweight you can move 7% faster than normal. SMGs, Shotguns, and Pistols allow you to move at 100% speed. Sniper Rifles, Assault Rifles, and Specials allow you to move at 95% speed. LMGs and Launchers allow you to move at 87.5% speed.
Pro: Take no fall damage. You can jump from any height without hurting yourself.
Pro Challenges: Earn 15 Melee Kills. Escaped death 5 Times after being hurt. Get 10 offense medals by killing enemies near their objective.

Scavenger gives your character a back pack.
Standard: Replenish ammo for your primary weapons, pistols, special weapons, and Lethal Grenades from fallen enemies. When someone dies a blue bag will drop. Walk over the bag to get one more magazine and one lethal grenade.
Pro: Start the game with max ammo. When you walk over a bag you will get one tactical grenade.
Pro Challenges: Resupply 150 times while using Scavenger. Get 5 Lethal Grenade kills with a resupplied grenade. Get 5 kills without dying 5 times.

Ghost gives your characters a ghillie suit.
Standard: Spy planes will not see you when they’re in the sky. However, if you fire a weapon you will come up on the radar unless you have a suppressor. Does not work against Blackbirds.
Pro: The red crosshair and name is removed when an enemy is looking at you. You will not be targeted by aircrafts, IR scopes, or sentry guns. Chopper Gunner/Gunship will not place a red box on you either.
Pro Challenges: Kill 20 enemies while they have a spy plane or blackbird active. Destroy 30 aircraft with any non-killstreak launcher. Destroy 1 Sentry Gun.

Flak Jacket gives your character lots of armor and a face shield.
Standard: Take 35% of the damage from explosives.
Pro: Deflect fire damage and safely toss back frag grenades. You will take minor fire damage (5%), but it’s so little it’s unlikely you will die from it.
Pro Challenges: Survive 10 explosions while using Flake Jacket. Plant or defuse 10 bombs in Demolition, Sabotage, or Search and Destroy. Throw Back 5 enemy Frag Grenades.

Hardlines gives your character a bullet proof vest.
Standard: Earn killstreak rewards with one less kill.
Pro: Change the contents of a care package (ONLY care package crates) at random. You can only use it once per crate.
Pro Challenges: Share 10 killstreak reward crates with teammates (Care Package, SAM Turret, Sentry Gun, Valkyrie Rockets). Earn 7 killstreaks in one match while using Hardline. Get 7 kills without dying in one match.

Standard: Allows your bullets to penetrate through walls and objects 2x (100%) better. The angle of your shot will lower the damage of your bullets when firing through objects.
Pro: Inflict 25% more bullet damage on aircrafts and turrents. When you are shot you flinch less as well. Flinching is when your gun pops up when you get shot.
Pro Challenges: Get 10 kills using hardened and shooting through walls. Shoot 200 bullets into enemy aircraft. Destroy 1 piece of enemy equipment through a wall.

Standard: Hold breath longer when using scoped weapons. Gives 2x (100%) hold breath time – from 4.5 to 9 seconds.
Pro: Switch between your weapons faster.
Pro Challenges: Get 50 kills with secondary weapons (Melee with Ballistic Knife Counts, but Picking up another primary weapon does not count). Get 50 One Shot, One Kill Medals. Get 30 Headshot Kills.

Standard: The crosshairs will be smaller, allowing better accuracy, when you’re firing from the hip.
Pro: Aim faster after sprinting. Also allows you to recover faster from a knife lunge.
Pro Challenges: Melee two enemies consecutively within 5 seconds. Get 100 kills after sprinting. Get 150 hip fire kills using Steady Aim.

Standard: Reload weapons in half the time.
Pro: Aim down your sights faster with any weapon except the sniper rifles.
Pro Challenges: Get 150 Kills while aiming down sights. Kill an enemy within 5 seconds of reloading 30 times. Reload and finish off the enemy you wounded 10 times.

Standard: Equip two attachments to your primary weapon (excluding underbarrels). Some attachments cannot be used together with the warlord perk:

Standard: Sprint for a longer duration. 2x (100%) longer to be more accurate.
Pro: Sprint for an unlimited duration.
Pro Challenges: Spring 26 miles using Marathon. Get the First Blood Medal 10 times. In Capture The Flag, get the Flag Capture Medal 15 times while using Marathon.

Standard: Move 75% quieter.
Pro: Make no noise at all and hear enemies footsteps 2x (100%) louder. If the other enemy has ninja pro too, then you will not hear any noise from them.
Pro Challenges: Get 150 kills using the Suppressor attachment. Get 5 backstabber medals. Plant the bomb 10 times in demolition, sabotage, or search and destroy.

Standard: Pull out your pistol before dying. You will drop to the floor with 1 point of health left with the ability to crawl around. If you are shot in the head, stabbed, or blown up then you will not fall into second chance. If you do not have a pistol, if you have the CZ75 with full auto attachment, or if you have the dual wield attachment, you will automatically use the M1911 when you fall to second chance. You have 10 seconds before you bleed out and die from the person who put you in second chance.
Pro: Survive longer and get revived by your teammates. You will survive for 30 seconds.
Pro Challenges: Get 10 kills while in second chance. While in Second Chance, kill the enemy who downed you 5 times. Get 1 headshot kill while in Second Chance.

To booby trap a crate, go next to it and steal it. You will capture the contents and change the emblem of the contents for the enemy team Whoever takes the crate will set of an explosion. If the person who takes it next has flak jacket, they will survive the blast. Therefore, it does about 100 damage, and has a big enough blast radius to kill multiple people around it.

If you hack a piece of equipment, the equipment will stay in game until destroyed or until you die and respawn. If you already have a piece of equipment out and hack the same type, the first one will be destroyed automatically. For instance, if you have a claymore out and you hack another claymore, the first one will blow up. You cannot hack anything if you are capturing an objective on headquarters or domination for some reason.
Pro Challenges: Destroy 10 equipment or explosives while using Hacker. Kill 25 enemies with a claymore or C4. Kill 25 enemies within the radius of your jammer or motion sensor.