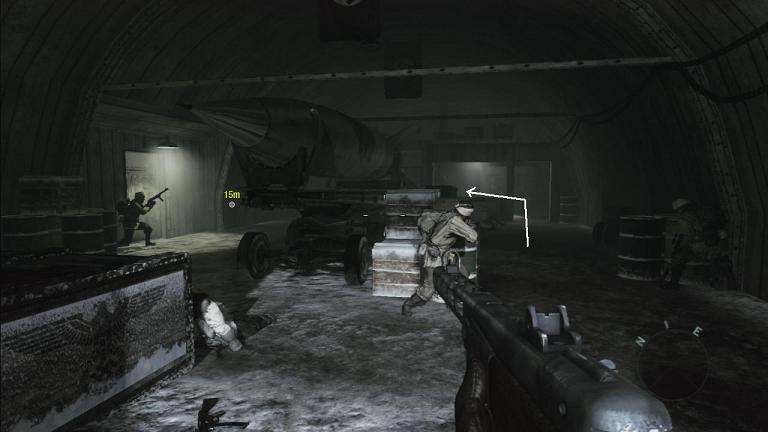 You start the mission as Reznov at the end of WWII. You have a PPSH, a Mosin Nagant, and 4 grenades. Follow your team and the objective markers throughout the mission. You can pick up MP40s and STG44s off dead Germans. Use the Mosin Nagant for long range kills and the PPSH for CQC.

When you reach the two story building full of Germans in them, it’s best to snipe the enemies from far away. Try and find a scoped Mosin Nagant from a dead Russian. Once the bottom room is clear you can rush in with your PPSH. There will be more men upstairs, along with an Intel in the second area to your right. 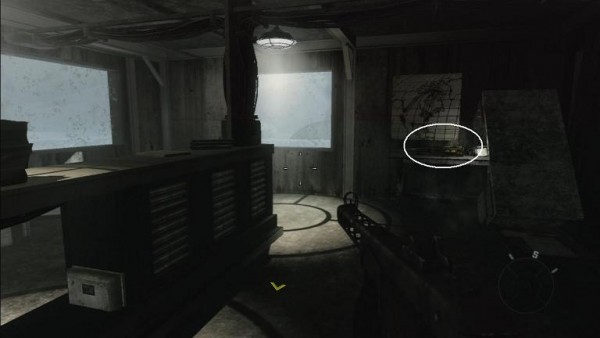 Exit the building from the entrance to continue on. You can use your newly acquired smoke grenades to mark areas for mortar strikes. Snipe the machine gunner and panzerschreck man off the bridge. Make your way through the buildings on the right to get closer to the bridge. Get close enough to throw a smoke grenade right under the bridge. Enter the building in the back of the bridge to hear some dialogue. It’s guarded by a few Germans. In the back is an Intel. 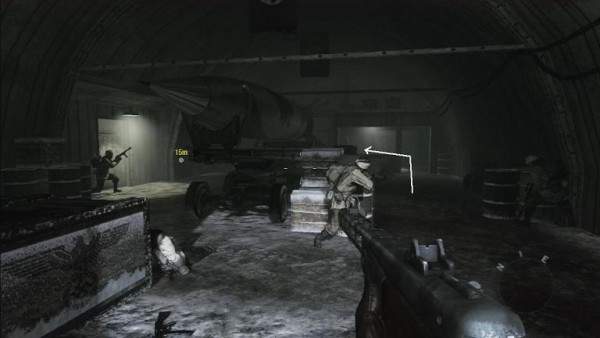 The next area is pretty much the same as before. A song will play which is the same song during the intro to Call of Duty World at War, made by the same developers that made Black Ops. If you’ve never played WAW then you won’t know that Reznov and Petrenko were characters from that game. In fact you played as Petrenko.

Take out Germans and get close to a bridge with a machine gunner on top. Mark it with your smoke for a mortar strike, but his time the bridge won’t blow up. Your objective is the building the bridge is attached to. Walk under the bridge to find a door on the left to the inside. Climb the stairs to the top floor and fight your way to the next objective and cutscene.

Walk towards Steiner and Dragovich to hear more dialogue. Follow him into the caves. You will now have a Tokarev pistol and flashlight. After a scene you will have to fight your way out. Pick up any automatic weapons you can. Arm the explosives and escape off the ship. If you’re playing on veteran, try to escape with 2:15 left on the timer to earn another achievement/trophy. Fight your way out of the first room and into the area with the long range rockets. Clear the room and shoot the glowing support beams to the left of the explosives you must plant. Run and shoot anyone in front of you, but don’t stop. Look for the objective markers to find your way out. It’s pretty much straight forward. At the end you jump off the right side on a rope. Before you jump off you must climb up some stairs. To the right of the stairs is another Intel on the floor. 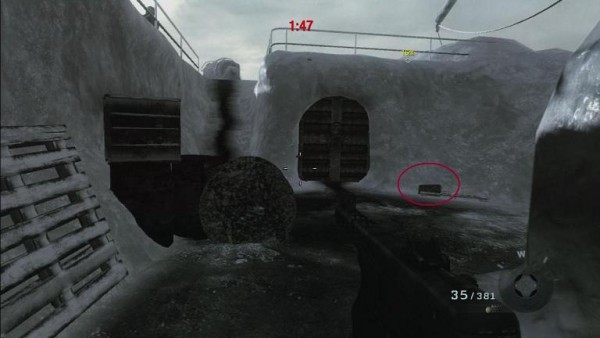