Zombies is the horde mode in Call of Duty Black Ops. You and up to three other friends fight hordes of zombies on each map. There is no set wave to finish zombies, you play zombies until everyone dies. Each round more zombies come at you. Every zombie game starts you off with 500 points and the M1911 handgun. 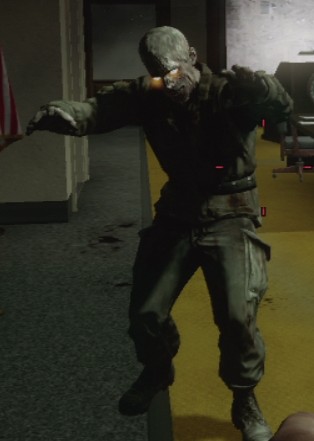 Of course there are Zombies in Zombie mode! Zombies are regular human looking zombies. They will swipe their hands at you and knock you down with 2 hits (8 if you have jugger-nog). Zombie numbers depend on how many doors are opened and how many people are playing. There will be more zombies or any enemies coming at you if you have 4 people playing as opposed to 2. There is a set number of zombies in each round; therefore, people take advantage of it by blowing off the last zombie’s legs to make them crawl towards you. 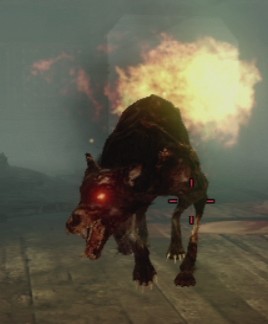 Sometimes called simply “dogs.” On Shi No Numa, Der Riese, and Kino Der Toten, you will fight “Hell Hounds” in addition to Zombies. Hell Hounds are dog like creatures that run at you and bite you, similar to the dogs in multiplayer. Unlike multiplayer, these dogs are a lot bigger and on fire. They deal less damage than zombies. It takes 3 hits from Hell Hounds to down you or your team mates. Hell Hounds usually come around every 5 rounds or so. They do not walk into a room like zombies, instead they teleport somehow and their presence will be shown by a lightning bolt. Once you defeat them all, you will be awarded a max ammo. 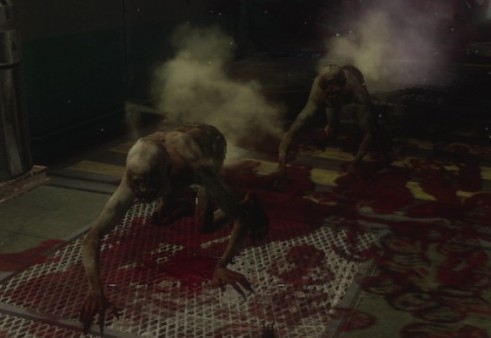 Also known as crawling zombies or mustard gas zombies. These zombies crawl on all fours and seem to move faster than regular zombies. When you shoot them with regular guns, they will burst into a yellow smoke (Like Nova 6 in the campaign) that blurs your vision while in the gas. The initial burst from the explosion can injure you aswell. The gas can also kill other zombies. If you kill them any other way (knife/explosives/wonder weapons) they will now burst into gas. Creepy Crawlers are only found on the new Black Ops Zombie levels Kino Der Toten and Five. They show up after you turn on the power. 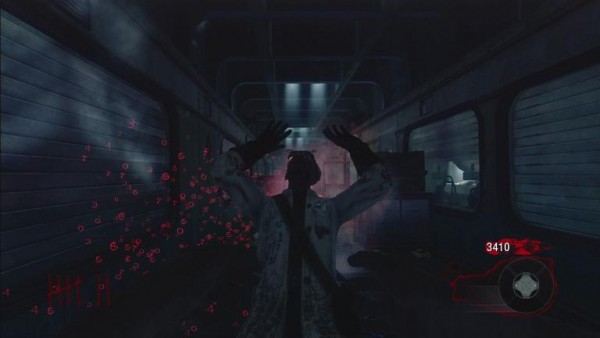 The Pentagon Thief is a new enemy in Zombies. You can only find him in the zombie level “Five” after you turn on the power. He looks like a scientist, like Dr. Emmett Brown from Back to the Future. If he touches you he will steal the weapon you have in your hands. There’s an achievement/trophy awarded for killing the Pentagon Thief before he steals your loadout. The Pentagon Thief has a massive amount of health, but it is possible to kill him. Use claymores and light machine gun rounds to the head or upgraded weapons. If you can kill him after he stole weapons, everyone gets their weapons back along with max ammo and fire sale power ups. If you bought a gun after your weapons was taken and everyone’s weapons were returned, you lose the weapon you purchased and regain the weapon you lost. If you can kill him before he steals everyone’s weapons, you will get max ammo and bonfire sale powerups. 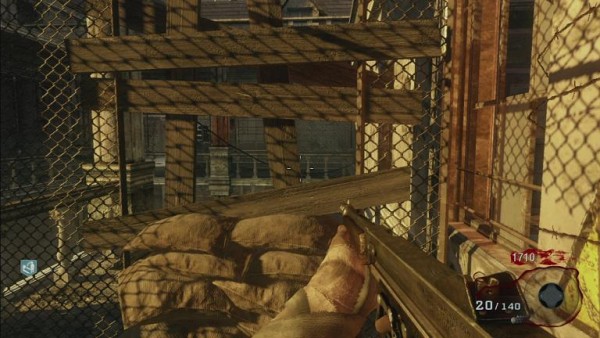 You and your team are usually locked in a certain building on each map. You can buy doors for 750-1000 Points to open a new room. There are also barriers that keep the zombies out. The zombies will take down these barriers by ripping each board or concrete piece off, then climbing through. The barriers are usually noticeable buy a hole somewhere and wooden planks covering the hole. Sometimes zombies will break through regular walls which are not as noticeable barriers. You are awarded 10 points for each plank (6 per barrier) you rebuild. However, the points will stop after a few rebuilt barriers.

If you are hit twice by a zombie or hell hound, 8 with jugger-nog, you will be knocked down. Also known plainly as “downed.” When down you will lose any perk you obtained. You will drop down to second chance with a M1911, even if you didn’t have a M1911 anymore. You can be revived by any of your team mates. The team has 30 seconds to reach you before you die. If you die you will be out of the game until the next round. When you come back to life you will only have a M1911 again. If you are revived instead of dying, you will have the weapons you had before you were downed. 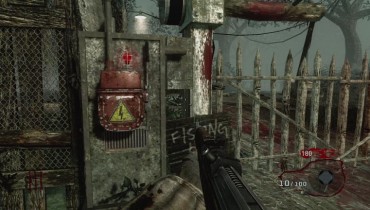 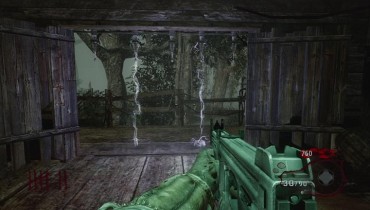 Cost 1000 Each Use. Infinite Uses, but needs 90 seconds in between each use.
Traps are set throughout the maps. You can find them by the red electrical boxes as shown above. There are three types of traps in all the zombie modes. The majority of traps are electrical barriers. The flogger is another trap on the map “Shi No Numa,” it is a spinning wooden door that will kill any zombie that touches it. Lastly there is a floor on Kino Der Toten that will be set on fire if you activate the trap. If you touch any of the traps you will be instantly downed. Same goes for any of your team mates. 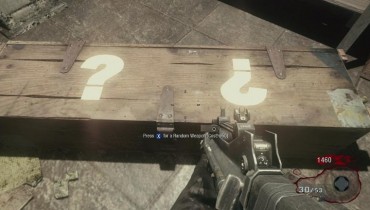 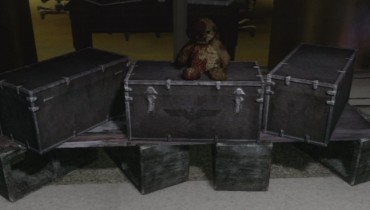 Perk-A-Cola machines are soda dispensers that give you special perks. You have to buy the soda from each machine in order to use them. If you are knocked down by a zombie or hell hound, when you come back to life or are revived you will lose all your perks. Some maps require you to turn on the power in order to use the perk-a-cola machine. The power switch looks like this: 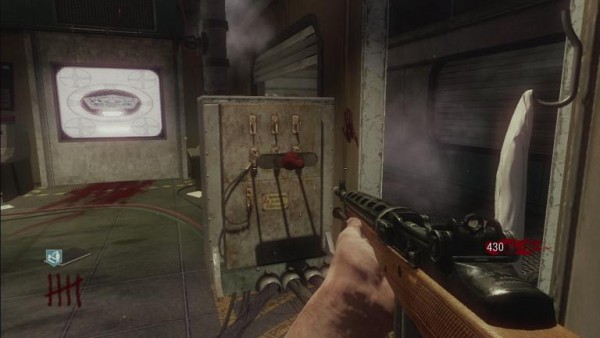 Jugger-nog gives your player extra health. If you do not have jugger-nog you will be knocked down after two hits from a zombie or hell hound. With jugger-nog you take 8 hits to go down. 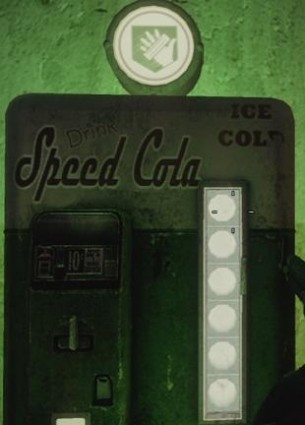 Speed Cola is the equivalent of sleight of hand. You can reload your weapon quicker. 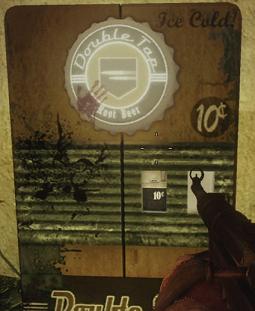 Double Tap Cola increases the rate of fire for your weapon. If it’s an automatic weapon, the bullets will fire faster. If it’s a bolt action or pump action weapon, you will do the action quicker in between shots. If it’s semi automatic, there will be no effect. 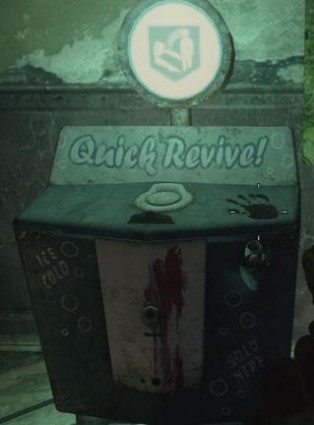 Quick Revive allows you to revive your team mates in about a third of the time it normally takes you. If you’re playing on solo you can buy quick revive to revive yourself once. The machine will disappear after you buy it three times on solo. When being revived on solo you will dual wield upgraded M1911 (Mustang and Sally). 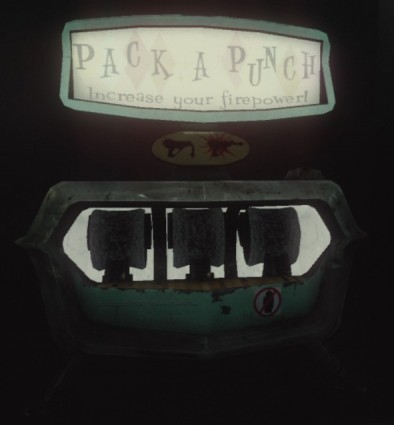 The Pack-a-Punch Machine is a special machine featured on few maps. Once you have access to it you can upgrade any one of your weapons to a more powerful version. Although the game says you can take your team mate’s upgraded weapons from the machine, it turns out you don’t have that option. Once upgraded you can buy upgraded ammo if the weapon was taken off the walls. For a full list of all upgraded weapons, scroll down to the weapon section and find the upgraded weapons list.

There are certain extra awards you can earn by killing zombies or hell hounds. These are known as power ups. The zombies must be within your room, not outside a barrier, in order to give these power ups. They will glow green and spin around as a gold emblem. Touch the award to activate it for your entire team. These awards are: 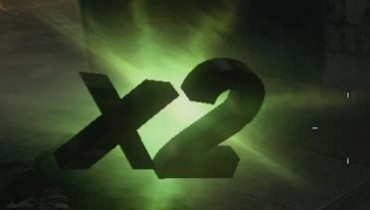 A spinning “2x” is the double points emblem. This award gives you double the points you would normally earn for 30 seconds. 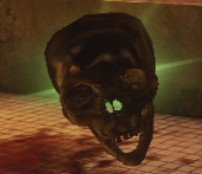 A spinning Skull is the Insta-Kill emblem. Insta-Kill allows you to kill anything with one bullet or one melee attack. Lasts for 30 seconds. 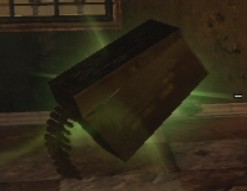 A spinning rectangular box with bullets coming out is the max ammo emblem. Max ammo gives you the maximum ammunition your gun can hold. If you are down you will only receive max ammo on the M1911. 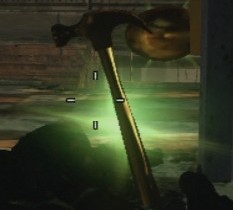 A spinning hammer is the carpenter emblem. Carpenter rebuilds all barriers on the map. You are also awarded 200 XP after all barriers are rebuilt. 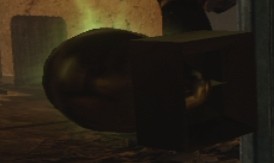 A spinning bomb is the nuke emblem. The nuke kills all zombies around you. The blast wave may take longer to reach the zombies further away from the bomb. No matter how many zombies there are, you are awarded 400 points. 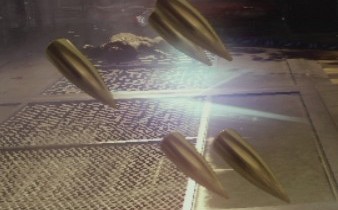 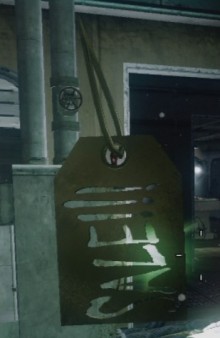 A spinning price tag that says “SALE” is the Fire Sale emblem.
Fire Sale brings the mystery box to every mystery box location on the map. The mystery box will only cost 10 points instead of 950 for 30 seconds. Found only in “Kino Der Toten” and “Five.” 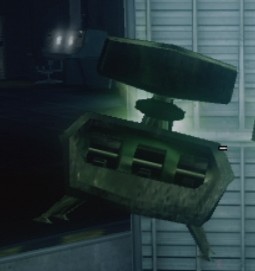 A spinning Pack-A-Punch machine is the Bonfire Sale emblem.
Bonfire sale can only be obtained if you kill the pentagon thief before he steals your weapons. Obviously you can only find it on the map “Five.” It gives you access to the Pack-A-Punch machine instead of clicking all the DEFCON buttons. Each weapon upgrade will be 1000 points for 30 seconds instead of 5000.