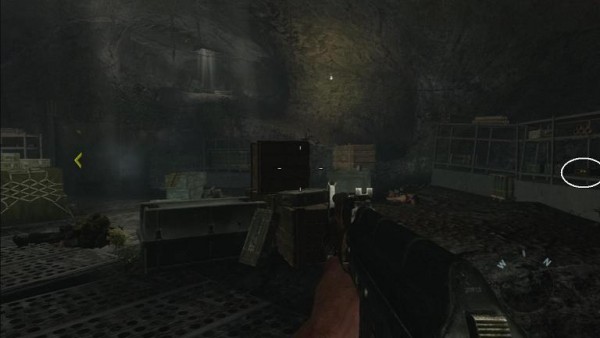 Clear the room and keep moving to the markers to find the soviet. Kill him and exit the caves. On the outside you’ll find a Hind guarded by tons of men. There will be an Uzi and Olympia to your left. Get closer to the Hind for a better view. Woods will tell you to fire when ready. Clear the camp and grab the intel to the right of the Hind on a table. 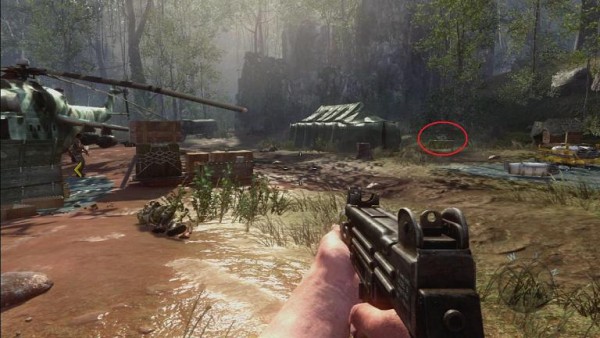 Get in the Hind and fly it down the river. You will have full control of the hind with it’s UV-32 missiles and 12mm cannon. If you want another achievement/trophy, use only the missiles (LT/L1) and not the cannon (RT/R1). Destroy the camps and other Hind down the river. You can hold the missile button and release to fire multiple missiles. You must empty your hind of all missiles for it to reload.

Down the river is a SAM turret. If one rocket hits you, atleast on veteran, you’re dead. Destroy the turret while dodging the missiles. Continue down river to find a large camp. Anything that’s marked will kill you, destroy everything. After the camp you’ll find two more hinds. Destroy both of them, but aim for one at a time. Use any rocks for cover while flying away from the Hinds. If you hear a buzzing noise that means the hinds are firing rockets at you, try and dodge them. Hinds are weakest on top, try not to go under them.

Destroy the hinds and you will land your plane. There will be different weapons and ammo around. Your objective is to kill Kravchenko. Move through the jungle following woods and killing anyone in your path. Make your way to the cave and clear it of enemies. Woods will tell you to grab the flamethrower, it’s actually an AK47 with a flamethrower attachment. Rescue the POW’s and use the flamethrower on any enemies. Kill 10 enemies with the flamethrower to unlock another achievement/trophy. If you’re playing at high difficulties the flamethrower won’t reach them before they kill you. Move forward into a room full of enemies. The room is dark, but there is a lot of cover. Check the left, right, straight forward, and cat walk for enemies. There is intel to the left next to a few men. 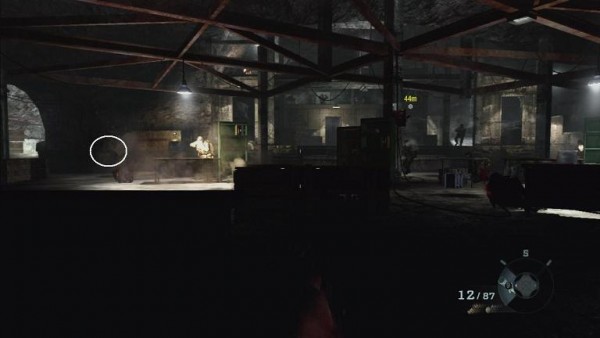 Push forward and up the stairs to the right to complete the mission.