The Main Scenario of Silent Hill 2 begins with James inside of a rest stop bathroom. In your first play through, nothing will be here, so just exit out.

If you beat the Main Scenario and Sub Scenario once already, you will find the Blue Gem near a stall. Grab it to unlock the We’re Not Alone achievement / trophy. 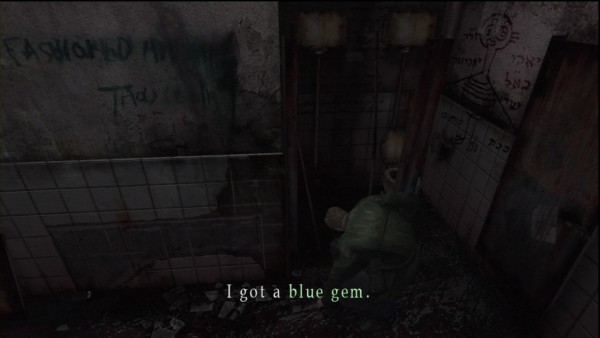 Immediately after gaining control of James, leave the restroom and get the Silent Hill Map out of your car. The car door is open and the map is on the drivers side seat, examine the seat to collect it. This map will be very useful while navigating Silent Hill.

Head down the set of stairs North West of your car, near a sign pointing towards Toluca Lake. The foggy path is very linear and will eventually lead you to a well. Investigate the well to find the first Save Square. Continue down the singular path into the Graveyard.

Once you enter the Graveyard, a cut scene will play out. James will be greeted by a mysterious woman named Angela. She will attempt to warn him away from the city, but James is dead set on going into the town. After the scene, leave through the West gate.

On your second play through you will find the Chainsaw in a stack of logs. Follow the sounds to retrieve it and unlock the Overkill achievement / trophy. 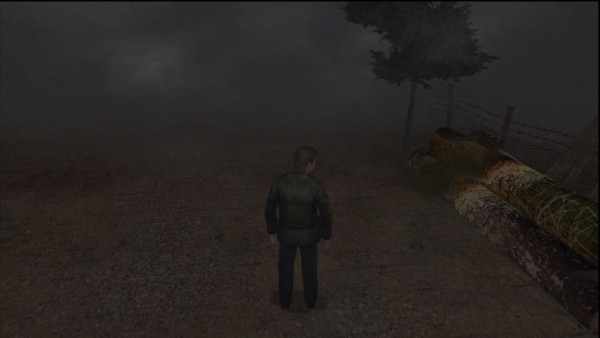 Again you will be faced with a long walk down a singular path leading into the town. Follow it until you reach the Flower Shop in Silent Hill.