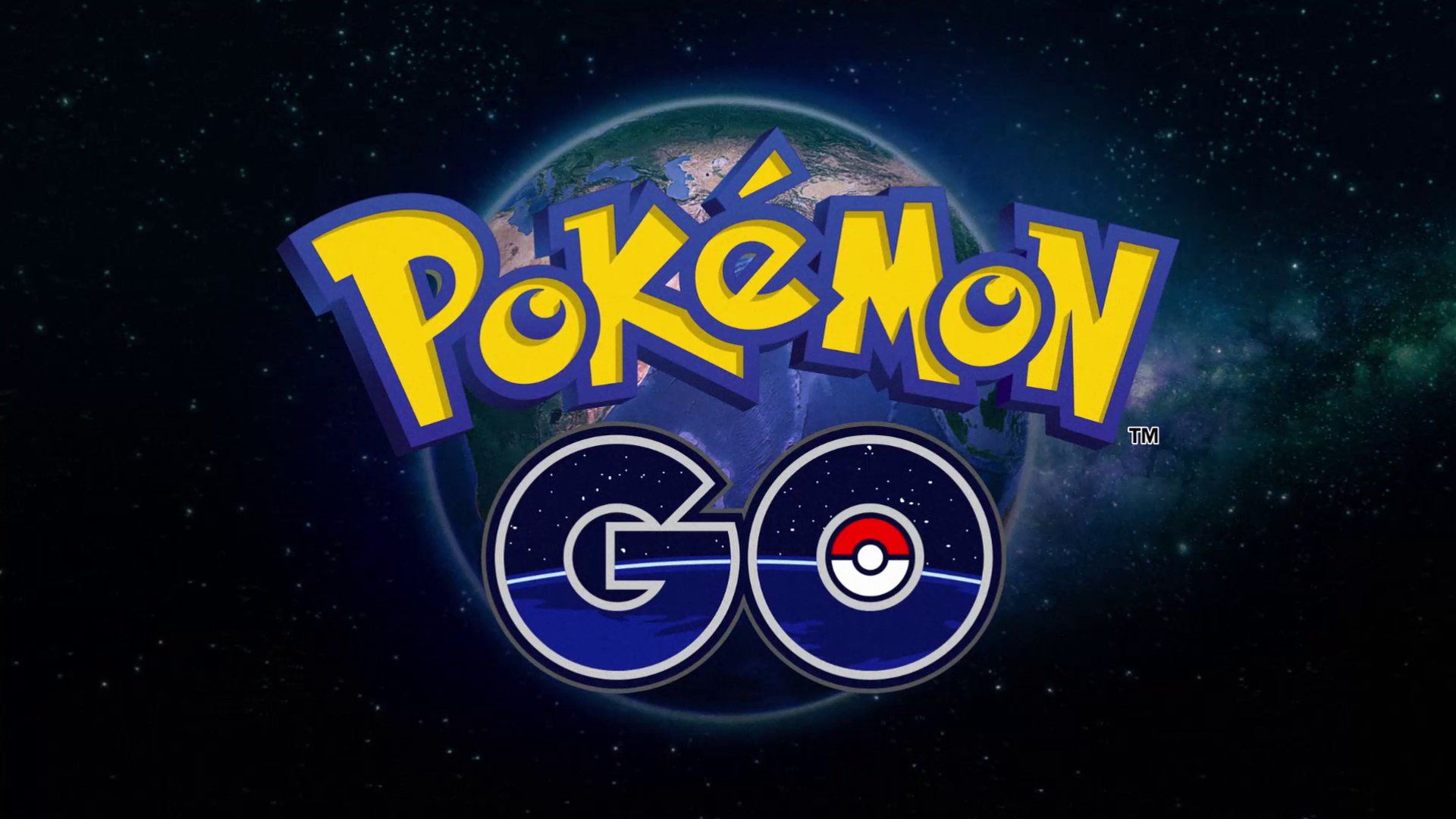 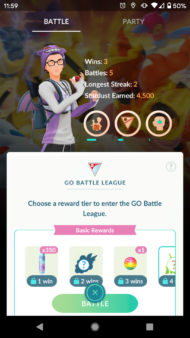 The GO Battle League is a new battle matchmaking system in Pokemon GO. It allows Trainers to find and battle random Trainers for awesome rewards! Click the battle arrow icon from the menu to find the Go Battle League menu.

Trainers must walk 3 KM to gain one entry into the GO Battle League. If Trainers do not wish to walk any further, 200 Gold Coins can be used to battle now. One entry is good for five battles. Trainers can enter up to three times per day for a total of fifteen battles. 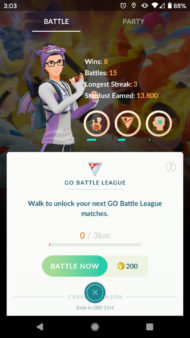 Trainers take part in five battles after selecting one of the two reward paths: Basic Rewards or Premium Rewards. In order to access the Premium Rewards path, players must use a Premium Battle Pass (formerly called Premium Raid Pass). Rewards will be unlocked after winning a battle, but a winning streak is not required. The rewards available depend on your rank, with higher ranking players receiving rarer rewards for battling, such as Rare Candies, TMs, and rare Pokemon encounters. 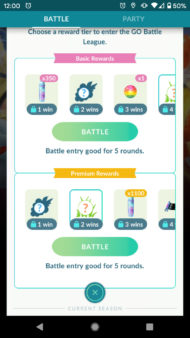 After playing five battles, click the ‘Claim Rank Rewards’ button to increase your GO Battle League Rank and receive rewards based on your rank. Rank 10 is the highest level you can reach in the GO Battle League, but reaching the higher ranks depends on your win/loss ratio. Upon reaching max rank, a small number will be listed at the bottom of the rank to indicate where you fall in the GO League season. 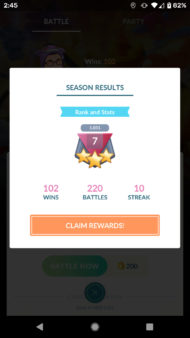 The Pokemon that fainted in battle will not need items to be revived or healed in GO Battle League matches. See the Pokemon Battles page for tips and tricks on how to battle.