This mission starts out with some long range sniping. You will be using the M82 Sniper Rifle. If you can hit every part of a few enemies body then you will earn an achievement/trophy. That means the head, torso, and all four limbs. You will need to do this on 6 enemies since the M82 is a one shot kill.You are so far away that if you try and shoot anyone that is moving you will have to lead your target. You must find a few camps and kill everyone in them. You can switch to thermal optics to find them better. The first camp is almost all the way North here: 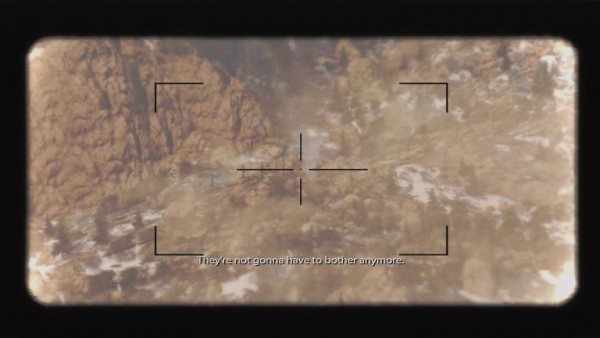 There are three men near each other in a camp 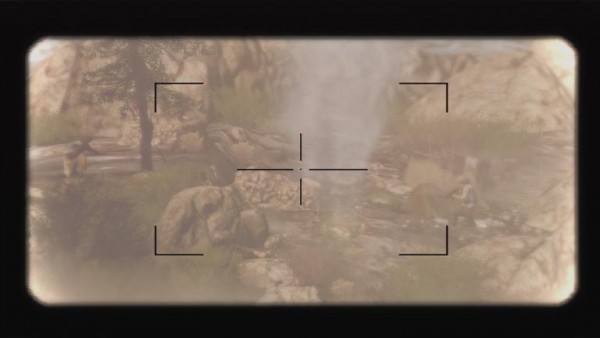 When those three are dead there will be a fourth sniper to the right of the camp laying on his stomach: 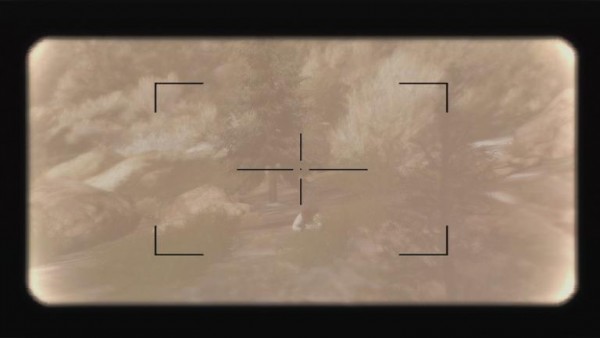 After you clear the first camp you must find the second. It’s to the far left on the edge of the mountain: 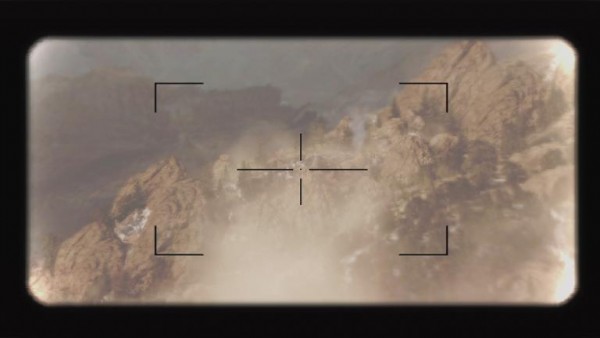 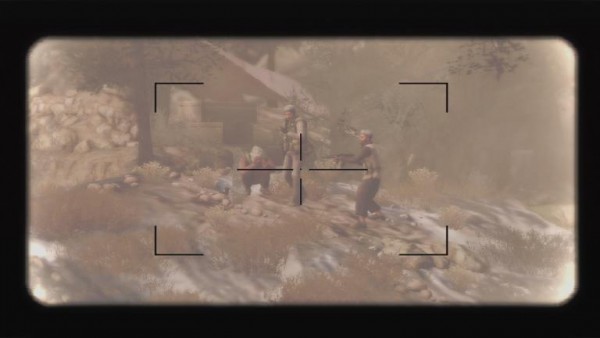 Kill them and another sniper will start firing at you. He is barely to the right of the camp crouching near a tree: 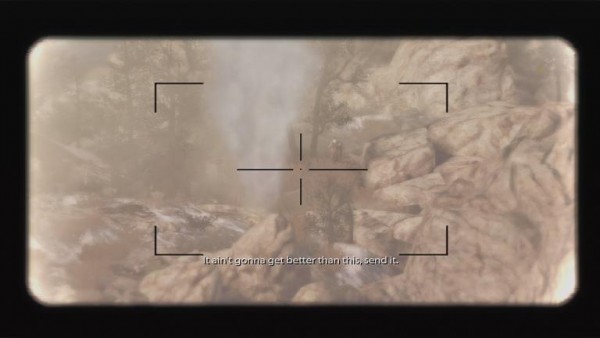 The next area isn’t exactly a camp but a mortar position. It’s a little to the right of the last area: 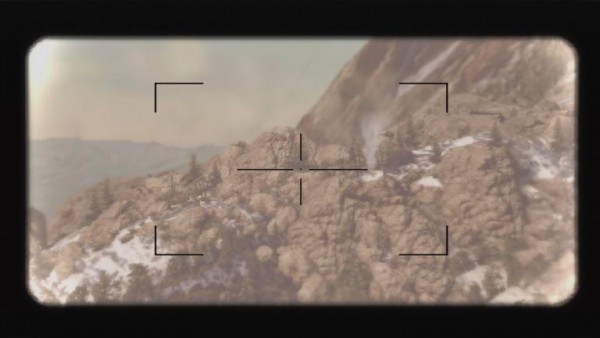 After killing the two men are the mortars you will find another sniper to the left of them lying on his stomach.

After all that sniping you will encounter some closer enemies. They will trip your claymore mines. Your weapons are now the M110 Sniper Rifle and the MP7A1 Personal Defense Weapon. You won’t have much cover from the start. Take out everyone you can with your sniper rifle. When the last claymore goes off you will need to move up the mountain. Follow Dusty everywhere he goes! You will make a stop to kill a few more enemies. Same as before but with more cover. Stick behind the rocks to keep safe. When everyone is dead you will hear more dialogue. Follow Dusty as he continues on.

You should reach an area with a wounded Chechen soldier. Climb up the path to the left to get a better vantage point. A few more soldiers will come to rescue him. If you haven’t already unlocked the achievement/trophy for killing 5 men with one grenade, you can do it here. Cook the grenade and throw it into the crowd:

Follow Dusty up the mountain again. You’ll need to go prone and use your M82 yet again. This sniping won’t be so long range. The shots will hit quick. There are 4 enemies in this camp that you must take out. Three are on the ground and one is to the left in a little tent like area.

The last thing you need to do is follow Dusty up and around the mountain to the last sniping position. You will be providing sniper cover for your team. Use your thermal optics to view everyone: 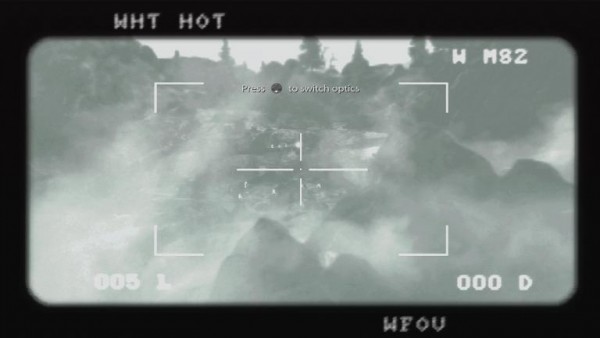 The ones with the blinking strobes are friendlies. Some men will be marked as priority targets. Take them out first.