Medal of Honor ships with 8 maps. Three of the maps are large and can only be played on Combat Mission. The other 5 maps can be played on the other three game modes. Those 5 maps are small or medium sized. Two DLC packs (Clean Sweep and Hot Zone) add four more new maps along with two new maps that are sections of the old combat mission maps. Two older maps are slightly altered for Clean Sweep.

I’m giving you the maps on each game mode. Objective Raid has an offensive and defensive map. If you go out of bounds into the bluish green zone for too long you will die. Each square on the map is roughly 25 meters in length/width.

On each map you’ll noticed two things. One is the symbol of three bullets and a + under it. These are ammo caches. Stand next to them to replenish your ammo. The second is a < that could be pointing in any direction. These are stationary weapons such as machine guns and AT Missiles. 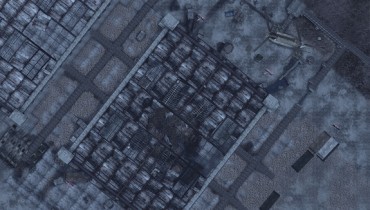 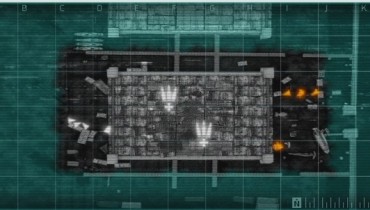 An airplane hanger set at night.

“The Bagram Air Base has played a key strategic role since the Russian invasion in the late 70s. Now an elite coalition force must stay on their toes as a unit of OPFOR infiltrate late at night. The shadows can be your best friend or your deadliest enemy as you stalk the dark corners of this abandoned service hanger.” 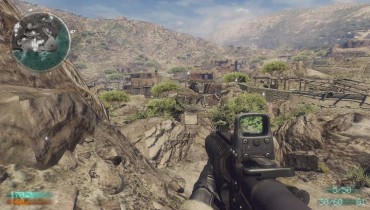 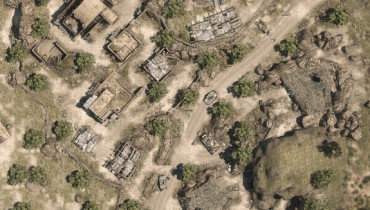 A camp set on one side of a road and a mountainous area on the other.

“The inhospitable terrain and complex cave networks of the Kunar province has made it a favored spot for OPFOR activity. An OPFOR base has been found in the South parts of the Diwagal Valley close to a small settlement of mud huts. Coalition forces insert to clear the area and meet with heavy OPFOR resistance.” 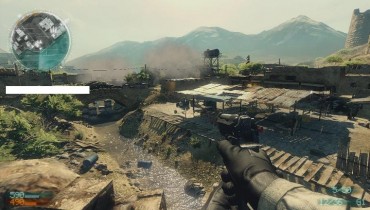 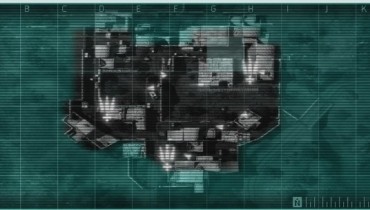 A medium sized town with bridges.

“The village of GARMZIR, situated in the Southern part of Afghanistan, lies close to the Helmand river. This town becomes a violent inferno as coalition Special Forces insert to clear the town of OPFOR fighters.” 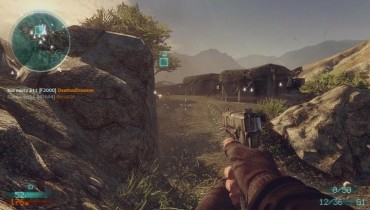 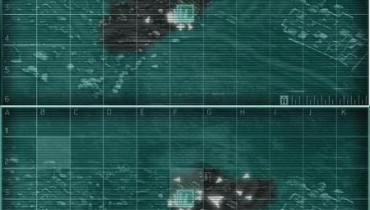 This map is a section of Helmand Valley from Combat Mission.
“The desert province of Helmand in the South West is an OPFOR stronghold that has seen extensive fighting. A small desolate hill by a tranquil stream is no exception as coalition elite forces and OPFOR fighters assault.” 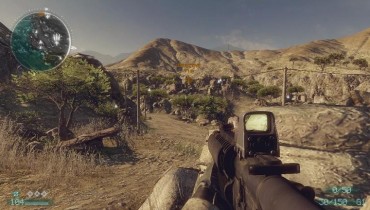 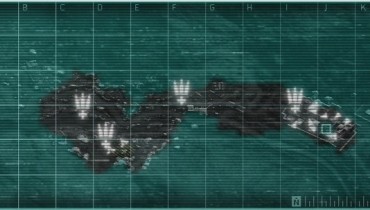 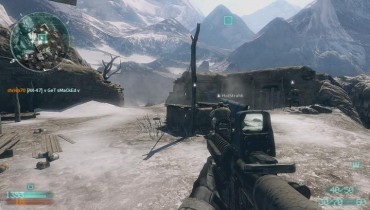 Coalition side is on top, Op For side is on bottom. Hindu Kush Pass is a snowy mountainous area just like Shahikot Mountains.

“Many areas in Afghanistan have a long and violent history stretching thousands of years back. The Hindu Kush is no exception, and this small area in the region sees heavy fighting when coalition forces and OPFOR clash in a violent assault.” 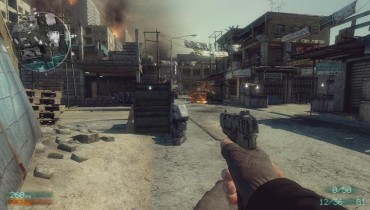 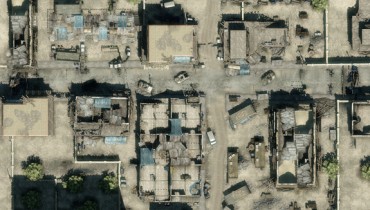 An urban town in Kabul. Many rooftops and windows to go in.
“Pillars of smoke rise high from the ruins in the ancient city of Kabul. In one of the outskirts coalition soldiers try to rid the area of OPFOR activity. Warriors on both sides dart between piles of rubble and burning car wrecks as rooftop snipers take pot shots and anyone daring to move in the open.”
Game Modes Played On Map: Team Assault, Objective Raid, Sector Control, and Clean Sweep. 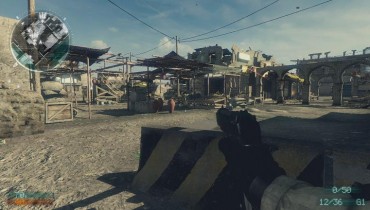 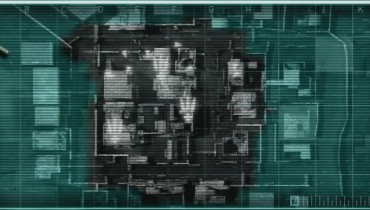 A medium sized urban marketplace. A few alleys and balconies.

“Kandahar in the south is one of the oldest human settlements known. Once a bustling trade center it is now torn by centuries of war. A marketplace in one of the Northern parts of the city becomes the scene of a heated battle between coalition soldiers and OPFOR forces in a fight to the death between narrow alleys and market stands.” 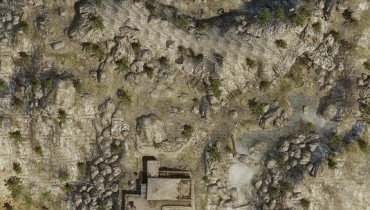 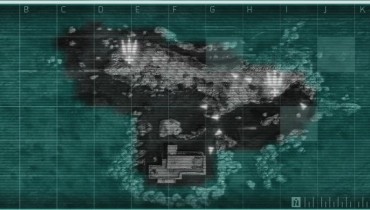 “From Alexander the Great to our days, countless military commanders have attempted to cross the Kyber Pass which links Central Asia with the subcontinent. An elite unit of coalition operators find themselves under fire as they search some caves in the region and contemplate the old saying that ‘every stone in the Kyber has been soaked in blood.’ ” 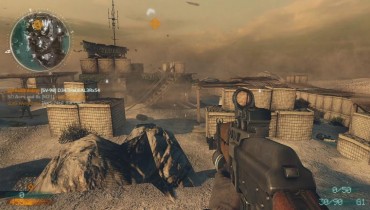 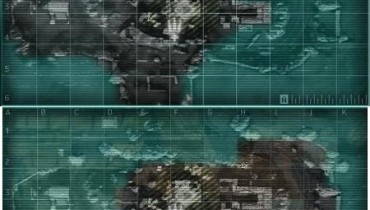 Korengal Outpost looks a bit similar to Kunar Base, but it is more open around the outside.

“A small coalition logistics base in the Korengal valley, dubbed The Valley of Death, becomes a dangerous trap as OPFOR fighters attempt to hit key military personal. Soldiers take cover as bullets hit the ad hoc entrenchments and dirt.” 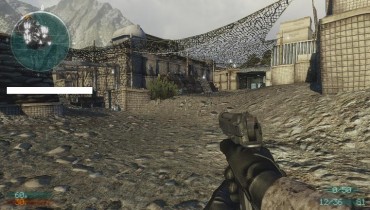 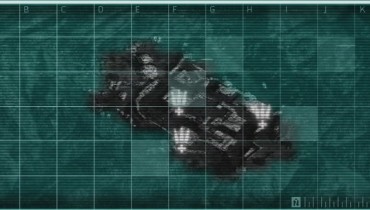 A very small fort like base. Lots of corners and small rooms.

“The sector designated N2KL along the Afghanistan-Pakistan border is teeming with violent activity. A coalition forward operating base comes under attack as OPFOR mount an aggressive assault. The remote hilltop is slowly covered in smoke from constant artillery strikes as soldiers huddle in the maze like trenches.” 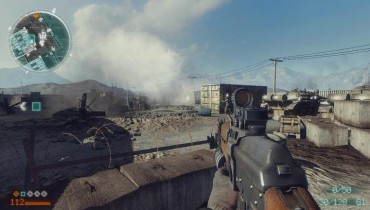 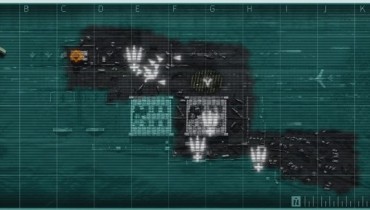 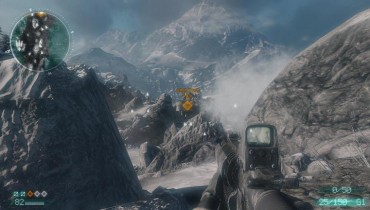 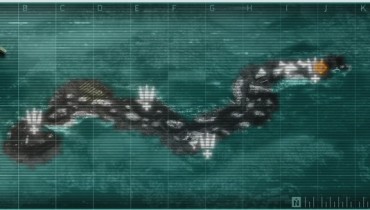 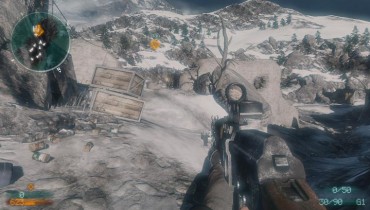 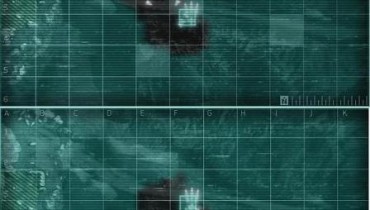 This map is a second of Shahikot Mountains from Combat Mission.

“A couple of abandoned mud qalats on a desolate mountain top in the Shahikot becomes the center of a fierce fight as coalition and OPFOR assault from two directions. The crackle of small arms fire reverberates between the steep mountain sides as the white snow slowly turns to red.”