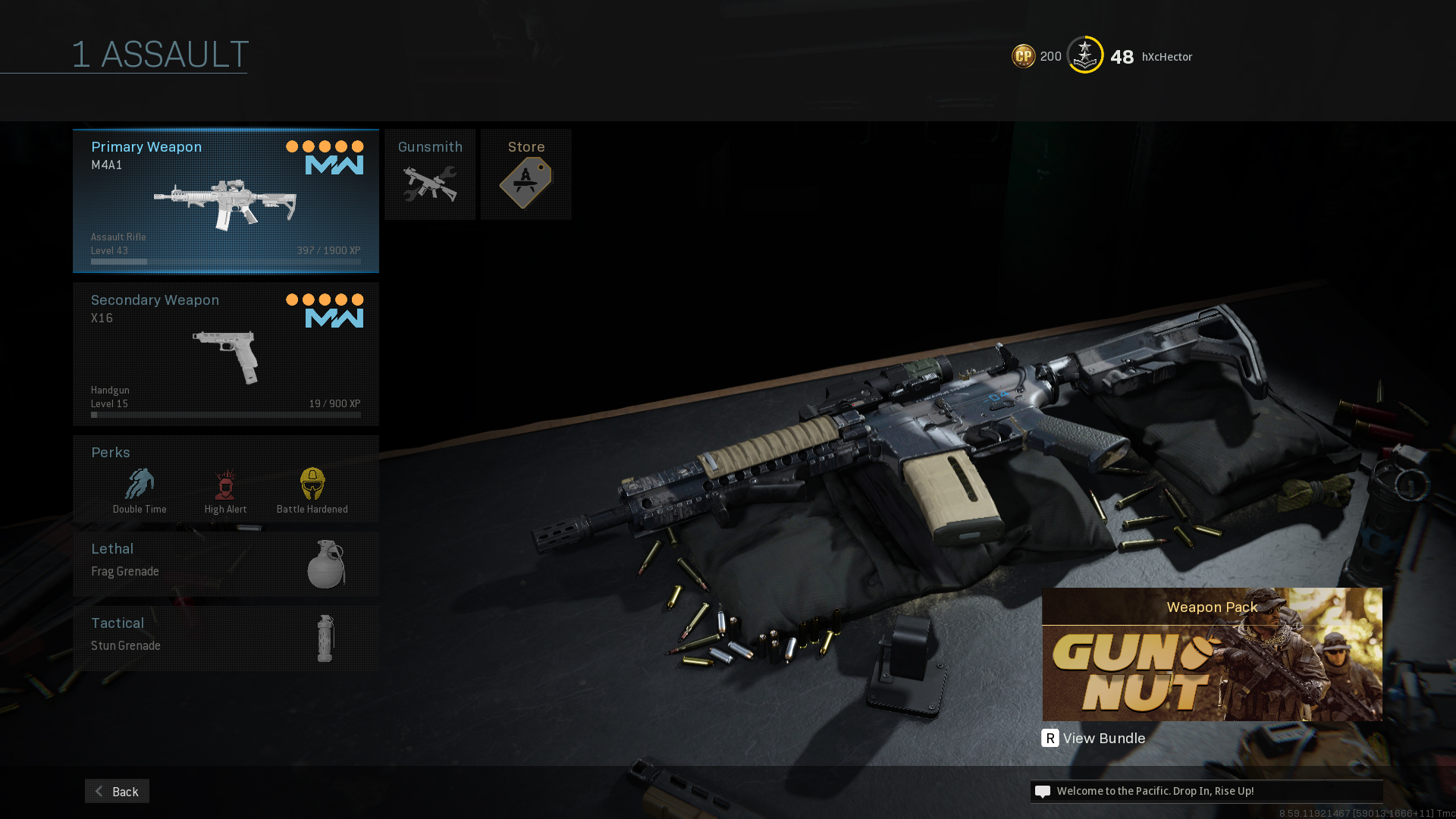 Create a loadout for Multiplayer or Spec Ops using one primary weapon, one secondary weapon, one lethal, one tactical, and three perks. These loadouts can also be edited by bringing up the Pause Menu in-game. Primary and secondary weapons can hold up to five attachments each, which can be equipped using the new Gunsmith feature.

The Perks are separated into three different tiers. Further information can be found on the Perks page.

The Gunsmith feature allows players to customize each gun with up to five attachments, camouflage, reticle, charm, and sticker. The camouflage, charm, and sticker are all aesthetic and have zero impact on the weapon. The reticle is the dot or design on optics, and can affect gameplay. Attachments have a large impact on weapon performance, and will show the difference in the weapon stats. 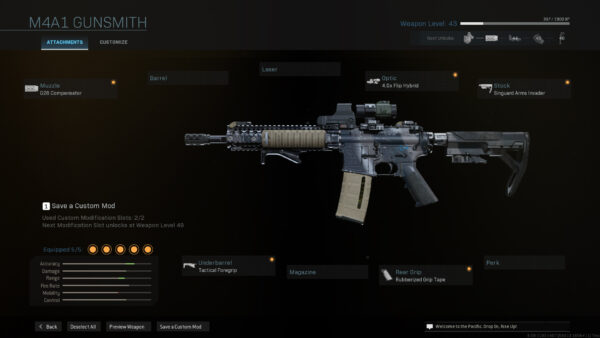 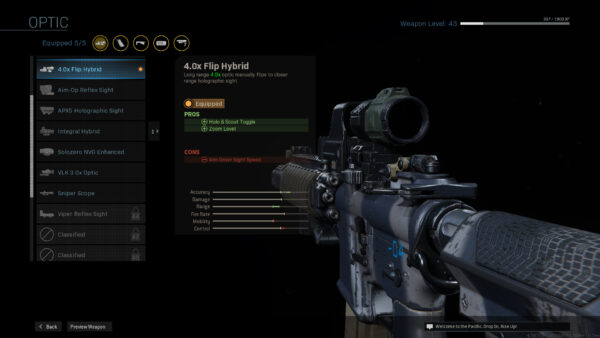 Camouflage will paint the entire weapon skin a specific pattern: spray paint, woodland, digital, dragon, splinter, topo, tiger, stripes, reptile, skulls, and completionist. Each camouflage section contains a small list of weapon paints that are unlocked by completing challenges. First, the camo section must be unlocked by reaching a specific weapon level. The weapon level will vary depending on the firearm, just as the camo challenges might vary. However, the most common camo challenges are outlined below based on the weapon class. 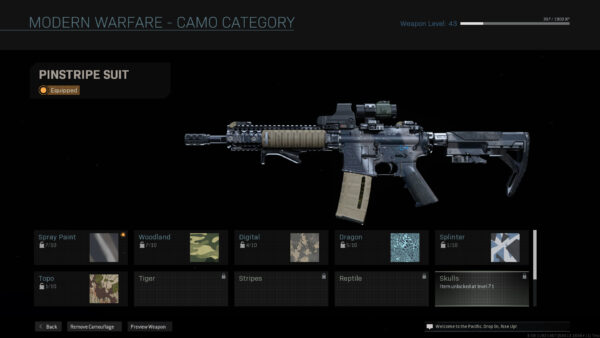 Special camos are awarded for the completionists out there. The gold camo is unlocked after completing 10 different weapon camo challenges, the platinum camo will be unlocked after earning gold camo on all weapons in an entire weapon category (e.g. assault rifles), and the Damascus camo is earned after unlocking platinum camo on all weapons in the multiplayer. Recently the Obsidian camo was made available to Modern Warfare. To unlock Obsidian camo, the Gold camo must first be unlocked on that weapon, then a weapon challenge must be completed specific to that weapon category, and in some cases the actual weapon itself.

Below is a list of all weapons available in Call of Duty: Modern Warfare’s multiplayer and spec ops game modes. Click the name of each weapon to go to a sub-page with more information.