The Sewers start off immediately after leaving the shower room in the Prison Block. Walk along the one way tunnels until you reach a broken ladder. At the base of the ladder is a Document entitled “The Gospel of Sand.” 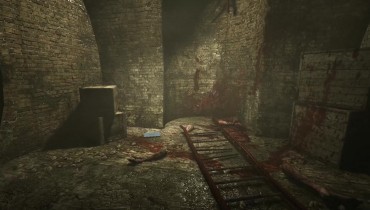 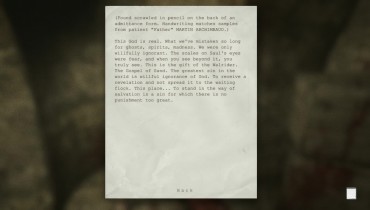 Not far from the document is a boarded up area. Squeeze through the small passage to reach the next area and get a new objective. 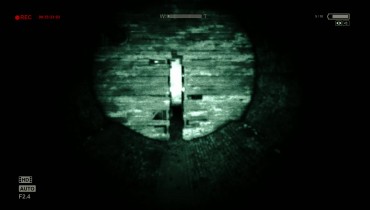 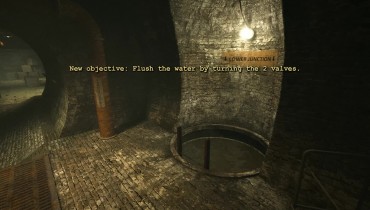 Flush the water by turning the 2 vales.

Walk forward and hide behind the three stacked boxes. A Variant will drop in and start walking around the area. It will either take a tunnel to the left or the right. Which ever direction it goes, head the opposite way. You will need to take both tunnels to reach both valves.

If you take the tunnel to the right, you’ll find the first valve in a room at the end of the path. Turn on the valve and look around the room. A locker is positioned on the left side, just in case you need to hide. 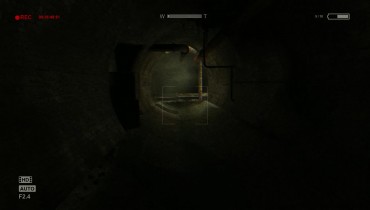 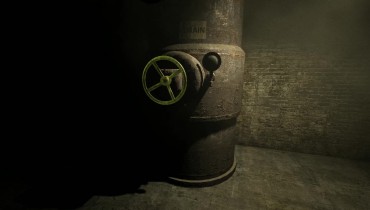 If you take the tunnel to the left, you will notice a small hole in the back wall. You can crawl through this hole to lose the Variant and quickly travel to the valve instead of walking all the way around. Exit out of the hole and look to the right to find a boarded up area. Squeeze through the passage to reach the other valve. 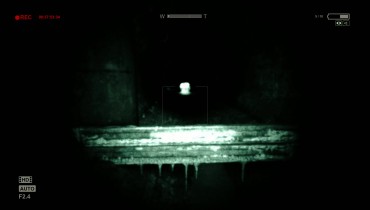 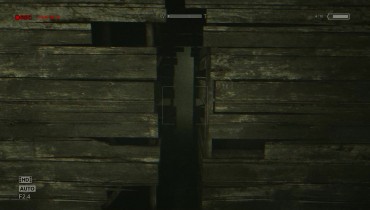 After using both valves to drain the water, head back to the formerly flooded ladder. Take this ladder down to a short tunnel that leads to another ladder. Climb the second ladder up and a new objective will become available. 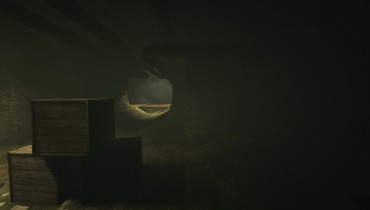 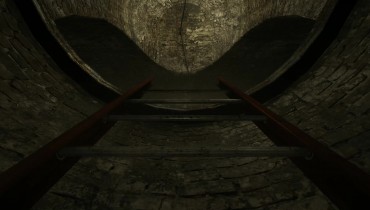 Find a way out of the sewers.

Follow the path until you see a light at the end of the tunnel. Up ahead is a battery at the dead end. The door on the left side of the tunnel is the right way onward. Inside the room is an inmate who will give you some information. Record him to earn a Note entitled “The Doctor is Dead.” 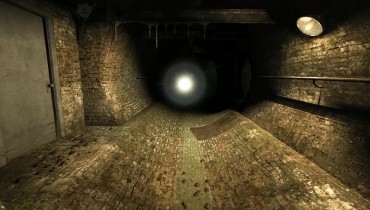 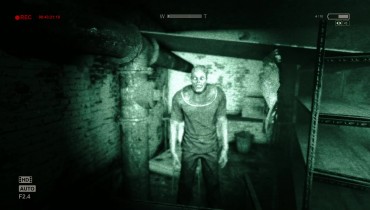 Take the ladder near the inmate down to a bloody tunnel. The left path leads to the male ward, and the right path leads to the female ward. Take the left road until you reach a locked door. Crouch into the small hole in the wall to the right of the door and follow the tunnel until you reach a fork. The left path will lead to a dead end, and the right path will lead to the next room. 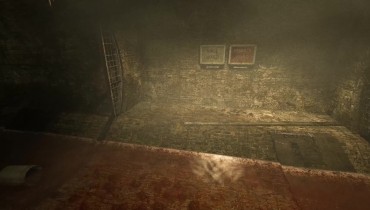 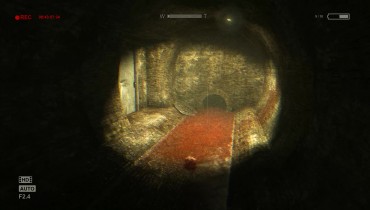 Go through the door up ahead and jump down the catwalk into the water. Directly ahead is the path onward, but you can pick up a battery through the broken fence to the right. When ready, climb up the catwalk ahead, jump back down into another pool of water, then walk up the nearby staircase. 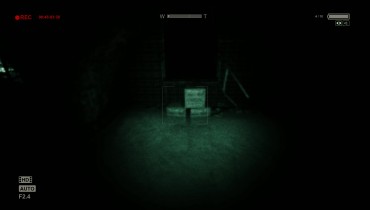 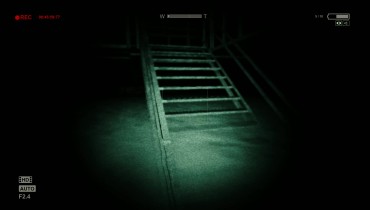 A dead guy is hanging over this catwalk’s rails. Jump down at the end into a pool of water, walk forward, climb up the next busted catwalk, and enter the first door on the left. Inside this room is a dead inmate next to a Document. This Document is entitled “Still Bleeding.” 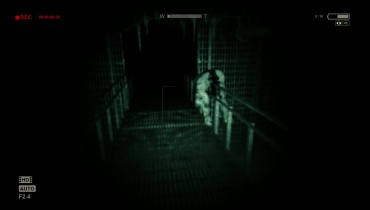 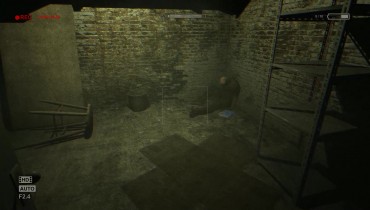 Walk back and jump down to the previous pool of water. You need to take a right through the broken gate. 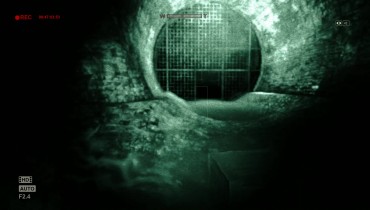 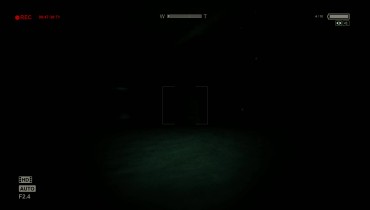 This area is very easy to get lost in. It’s incredibly large and dark, and the big Variant will be walking around here, too! Try walking straight forward until you come across a stack of boxes next to the Variant. Hide behind these boxes and slowly move around them so the Variant does not notice you. Up ahead is a staircase that connects to a broken catwalk. Jump to a ladder at the end of the broken catwalk to reach the next area. 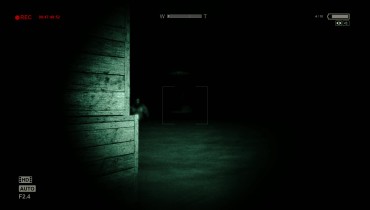 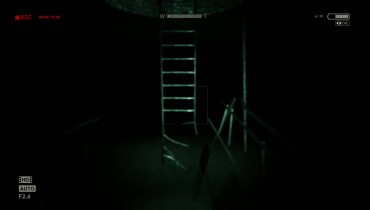 Up ahead is a series of halls with a few side rooms. An inmate will chase you through these hallways and try to kill you. You will need to take a left at the last door in the first hall, a right along a very small path, a right to a new hall, and a left down a set of stairs. Try to follow the Male Wards signs if you get lost. 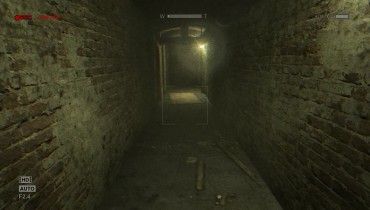 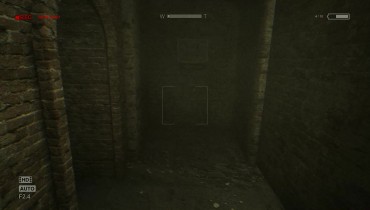 Follow the bloody water until you reach a boarded up area. Squeeze through the passage to reach the Male Ward. 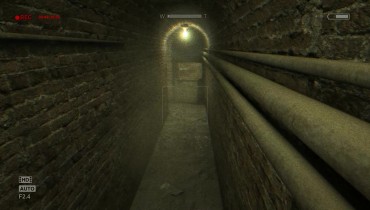 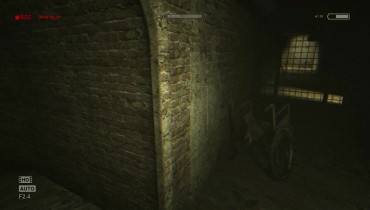