Battlefield Bad Company 2 has 8 maps total from the start, 10 maps if you get the limited edition. This section lists the area the maps are fought in, and what types of game modes can be played on each map. 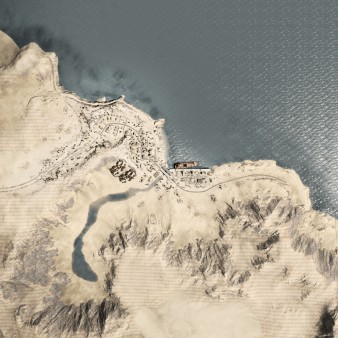 Urban Desert Area in South America, Chile, Arica. Vehicle and Infantry Gameplay.
“Following the results of the armor assault at Atacama, US Command insists on a similar action to capture the port of Arica. The assault group will launch a “break through” action directly at the Russian base. If the fight dictates, the Battle Group will cut directly through the town located on the axis of advance. Collateral damage is of no consequence. The Russian base must be destroyed in order to cross the desert and reach the port. Heavy causalities are expected on both sides.” 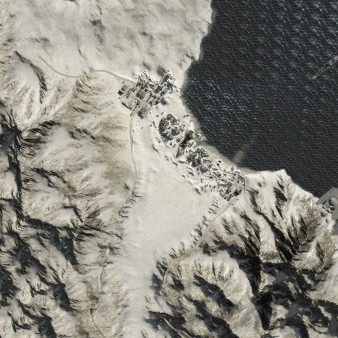 Desert Area. Once was an ocean bed in South America, Bolivia, Chile, now a dry desert. Vehicle gameplay.
“A Russian Naval Group is preparing a massive amphibious assault. Defending the shore are 3 US fortifications and a string of artillery defenses. Should the Russians establish a beachhead and overrun US positions, they will be free to advance further inland. With weather deteriorating and sandstorms approaching, US command has consolidated all available forces to meet the Russian Threat. As a result of the open ground, a large-scale armor battle supported by attack helicopters seems likely.”

From VIP Map Pack 7. Bering Straight, Russia.
“In their hunt for a high value target, Bravo Company pushed deep through Russian territory into a mountain town in Chukotka. The Russians have recovered from the surprise assault and now move to counter attack in order to push the Americans back across the frozen river. Tight infantry fighting is expected in the close quarters of the snow covered streets. Both sides are prepared for heavy casualties.”

From VIP Map Pack 7. South America, Bolivia, Chile.
“A US Communication center with a commanding view of the local area has been selected as a next target by the Russian Forces. Russian command will first have to cross a rich agricultural valley and secure the nearby town before preparations for a final assault can begin. The open fields and local farms will see intense vehicle combat as both side have moved armored assets into the theater.”

From VIP Map Pack 7. South America, Argentina, Mendoza.
“A US Assault Group moves to support a break-through action against Russian Forces in the Chilean mountains. The Russians are attempting to overrun the US positions with a surprise counter attack in order to push them out of the valley. Armored and airborne assets in the open landscape makes large-scale vehicle warfare a high probability. Sniper and RPG teams have also been spotted in theater.” 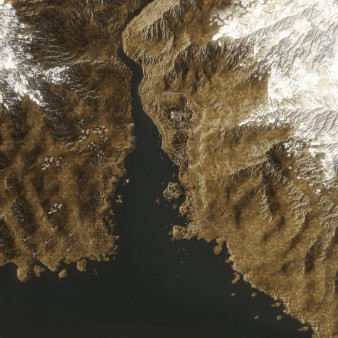 Archipelago area in South America, Argentina, Chile. Infantry and Vehicle gameplay.
“US Forces are desperate to open a supply route for an Armored Battle Group engaged in fighting further inland. A Russian Artillery base controls the area and counters any breakouts action launched. The base is well defended and has been successful in repelling previous attacks. Destruction of the base and control of the woodlands will allow US amphibious Forces to land and open a second front, which is critical in their plan to liberate South America.” 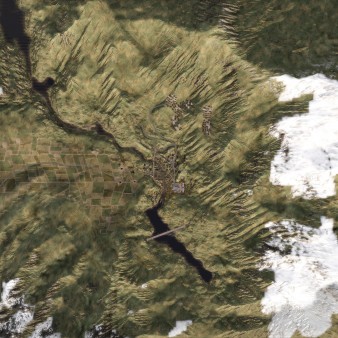 “Several days ago a large Russian counter attack overran US Camp “Christopher” and destroyed a supply train carrying vital equipment. US Forces are mustering to recapture the area. They are trying to establish a buffer zone near the woodlands so their battle group can move unimpeded across the bridge connecting the the opposing high ground. Intelligence reports and Recon patrols have exposed a large number of Russian troops and IFVs that have reinforced the camp since the attack occurred.” 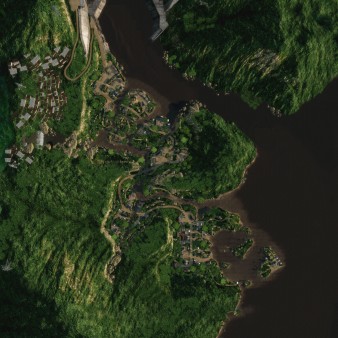 Jungle Area in South America, Brazil, Ecuador. Infantry gameplay.
“The valley and surrounding mountains possess a strategic value in the battle for South America. Construction of the nearby Dam was halted when hostilities broke out, but its presence is still a significant factor. Airborne operations are limited but infantry assault supported by light armor vehicles is likely by both armies. US forces are massing all available unites to stage a defense and have wired the dam to prevent it from falling into Russian hands.” 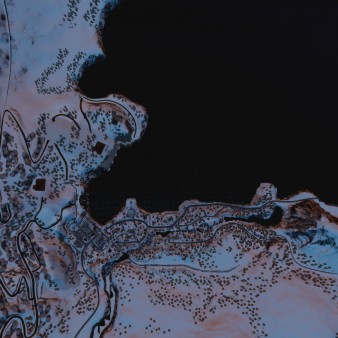 An Initial VIP Map. Snowy Forest area at night in Alaska, USA. Infantry gameplay.
“Winter has hit hard. The river has frozen allowing heavy equipment and personnel to operate throughout the sector. However, the extreme weather and surrounding woods make it unlikely that any assault will consist of heavy armor. Satellite reconnaissance indicated Russian Special Forces and airborne units have been pulled away from South America and area fathering on mass. A nighttime assault is eminent. Nelson Bay harbors an underground US submarine base that will be defended at all costs.”

“US Forces push to secure access to industrial facilities in a normal arid gully that has been flooded after a local dam burst. Russian Forces control supply lines for a nearby town and local industrial facility. Capturing the town is the first step to securing the dam and restoring security. Both factions have moves armor and air support assets into the area. Heavy fighting is expected.” 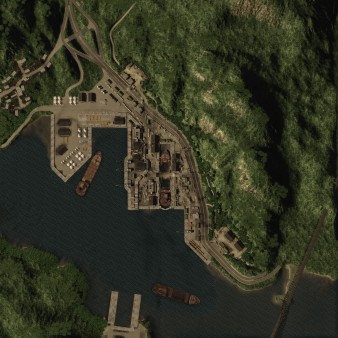 Industrial Area in Central America, Panama. Vehicle gameplay.
“Units in the contact are being rotated out as a result of combat fatigue. Weeks of fighting have left the harbor in ruins and the surrounding area littered with destroyed equipment. Armored movement is hampered and deadly kill zones mare the ground. US Forces are staging an assault of the industrial port with the objective to seize, retain and exploit the area. Control of the canal will allow larger-scale strategic operations along the south west pacific coast.” 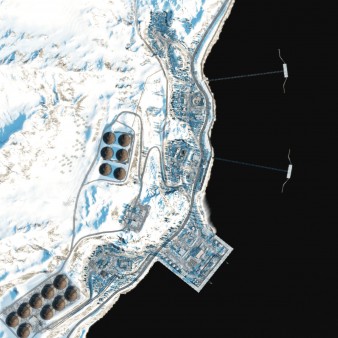 A snowy oil reserve area map on the coast of Alaska, USA. Mountains to coast.
“Russian Forces are posted to attack the harbor in an attempt to seize the Trans Alaskan Pipeline. Without regard to arctic conditions, the area has been probed by Russian Pathfinders indicated an airborne assault is planned. US interrogation of captured Russian paras revealed that MBTs will be, or have been, airlifted into the area. All armor assets and attack helicopters are being diverted to the sector. No fallback exists for either side. This engagement will decide the outcome of the war.” 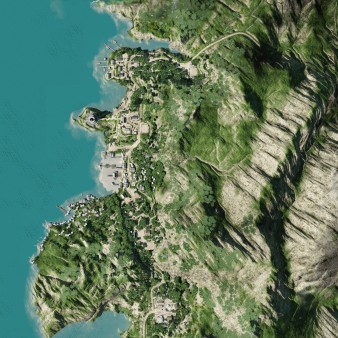 “The American capture of Valparaiso is the next phase in their strategic plan to repel Russian Forces from Chile. Any US invasion will inevitably consist of land assault through the outlying jungle areas and an amphibious landing of infantry and armored forces along the coast. The US objective is the Power Station on the outskirts of the city. If the installation can be captured and services cut off. The liberation of the city will inevitably follow suit.” 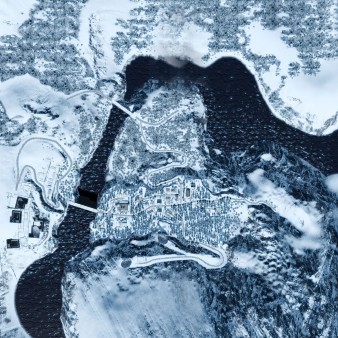 “As the weather has cleared and snowfall relented, Russian Forces are massing for an assault on White Pass and the satellite relay station located there. The local town has not been attacked, but Russian units have probed defenses in the surrounding woods. The sector has strategic value to US forces as it allows control of inland routes. Should the area fall into Russian hands, a line of advance will present itself directly to Nelson Bay.”