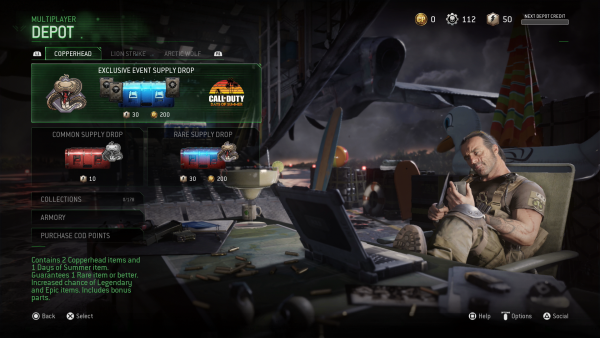 The Depot is a new feature to Modern Warfare, but it has been in the Call of Duty franchise for the past several entries. This option can be found from the online multiplayer main menu. It can be a bit confusing for those who have never played a Call of Duty game with these random unlocks, so here’s a quick breakdown. 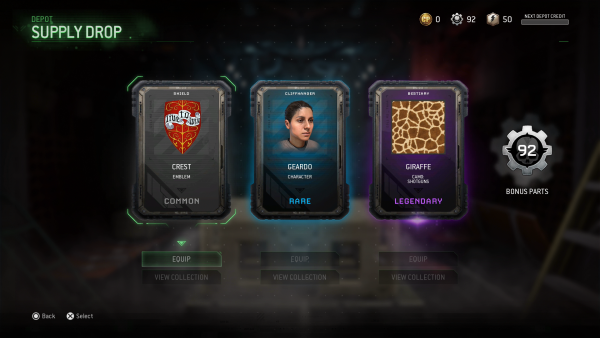 Supply Drops are boxes of random unlocks. They can include common, uncommon, rare, legendary, and epic items, but only three items will be available per box. Items can include weapons, weapon kits (camo and attachment), weapon camos, reticles, characters, combat uniforms, calling cards, and emblems. However, to use some special kitted-up weapons, you must first have that weapon unlocked.

There are two types of Supply Drops. The common Supply Drop can be purchased with 10 depot credits, and it contains three random items with a slight chance of dropping rare, legendary, or epic items. The rare Supply drop can be purchased with either 30 depot credits or 200 COD points, and it contains three random items and bonus parts. One of the items in a rare Supply Drop is guaranteed to be rare or better, and all items have an increased chance of being legendary and epic.

There are three different categories of supply drops and unlocks: Copperhead, Lion Strike, and Arctic Wolf. If you are going for a certain unlock in one of these three categories, open supply drops from the same faction. Other categories and factions will become available at certain times of the year during special events.

Depot Credits are a type of currency used to buy Supply Drops. They are automatically earned at the end of a multiplayer game mode. It seems that more credits are earned the longer a match goes.

COD Points are micro transactions that can be used to purchase Supply Drops. Use real money to purchase these points, which are then used to buy Rare Supply Drops. The table below uses US dollars. Prices may vary at your location.

Parts are a separate type of currency used in the depot to craft items in the depot armory. They are earned automatically while opening rare supply drops. If you obtain an item from any drop that you already have unlocked, it will be broken down into extra parts. The type of items that can be crafted include weapons, weapon kits, camo, reticles, characters, combat uniforms, calling cards, and emblems. They can only be used on the items with the parts emblem next to it.

If there is a keyhole emblem next to an item in the armory, the item cannot be unlocked until several items are either crafted or obtained through drops. For example, the Cleaver can be crafted with 3600 parts, but the S-TAC Aggressor can only be unlocked after crafting or obtaining six specific items. That sniper rifle will then be given as a bounty reward.