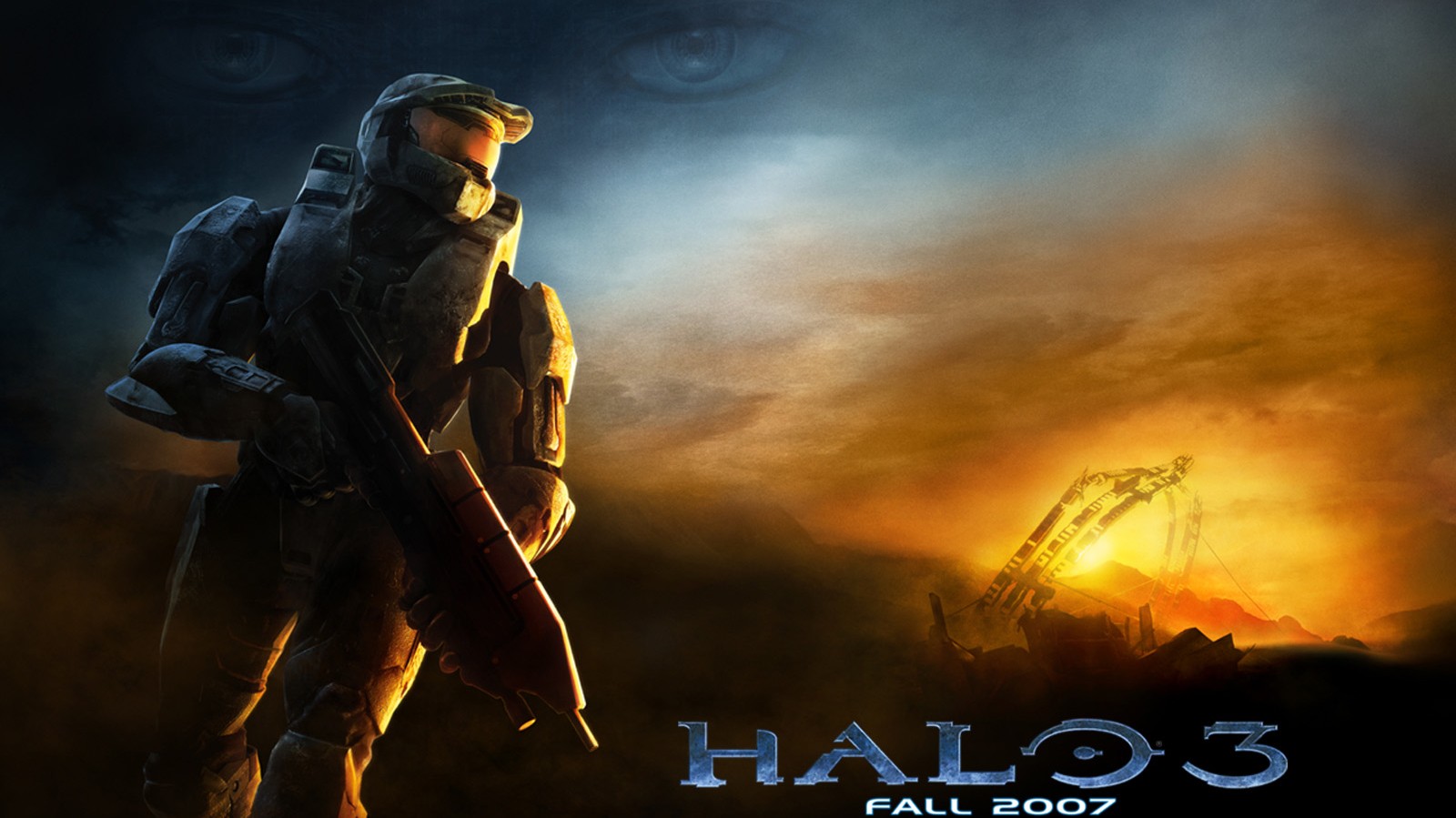 Halo 3’s campaign spreads across 10 levels (one of them being purely cut scene) that concludes the Halo trilogy’s story. Some levels are longer than others. Once you complete the game you have the option to choose any level you like and choose to start at the beginning, part a, or part b if available. The words they use are “Mission Start,” “Rally Point Alpha,” and “Rally Point Bravo.”Like past Halo games there are 4 difficulty levels you can play the game on. East, Normal, Heroic, and Legendary. You can even make the game harder by activating skulls from the main menu after you found them throughout the campaign. For more on Skulls go to the Skull Section.You can play the game off line or online with anyone across the world. However, if your connection is interrupted you lose your place. Up to four people can play the campaign online but only two people can play it on the same xbox. Or if you like playing by yourself then you can go through the story as a lone wolf.First player always plays as Master Chief while the second player plays as the Arbiter. Their weapons usually fit their type. The missions are laid out with the mission name, description, and the number of checkpoints you can choose from to continue a level.BE WARNED THEY MAY CONTAIN SPOILERS!!!!!!!!:

Along with playing the campaign regularly, you can now turn on the scoring mode. Play each level and earn points by killing people, destroying vehicles, playing on certain difficulties with certain skulls active, and more! To activate it you must go to the campaign menu, click x, and turn it on. There you can also activate any skulls you have collected it you wish. The Meta Game can be played with up to four players just like the campaign; however, there will not be more enemies meaning you’ll probably get less points. There are also a few achievements you can earn by earning a certain score or higher on each level. Your score will be showed in the lower right corner as you progress. At the end of the mission you’ll get a rundown and a multiplier for your final score based on difficulty, time to complete, and skulls activated. Score earned from enemies depends on the enemies. It’s simple, smaller enemies give you lower points and bigger ones give you more points.The scoring is like so:

Difficulty Multipliers are as such:

Then there are medals you can earn in game which add to your score:

Points get taken away for certain things:

Lastly is the time bonus.
You’ll see next to the time is another multiplier that starts out at 3x. As time drops the bonus drops with it to 2.5x, 2x, 1.5x, and lastly 1x which is no bonus.

As mentioned before the skulls do give multipliers as well. I will talk more about them and the multipliers they give in the skull section.

There are a variety of enemies in Halo 3’s campaign. Some are stronger than others. Some are basically the same enemy but play a different roll such as the jackals. I will show what each looks like and what are some common characteristics about them.
Grunts 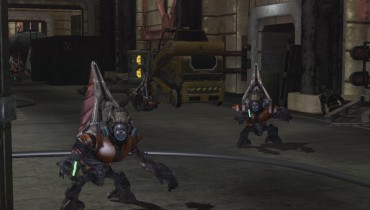 Grunts are probably the most common enemy in Halo 3’s campaign. They are extremely weak and slow. They usually cary Plasma Pistols or Needlers.Spec Ops Grunts
These grunts are basically the same in health but are colored differently and usually carry fuel rods. 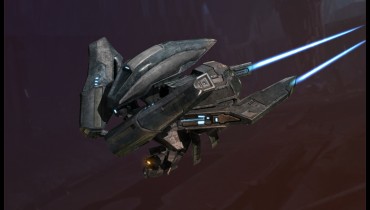 -Picture credit to Halo wikia. Sentinels are flying robotic like things that shoot lasers at enemies. They are found around forerunner technologies. If they are destroyed you can usually pick up the sentinel beam weapon. 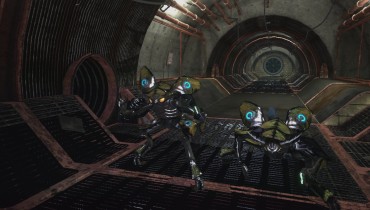 Drones are bug/fly like enemies that fly around in swarms. They are weak but hard to hit due to their fast maneuverability. Drones usually carry plasma pistols or needlers. 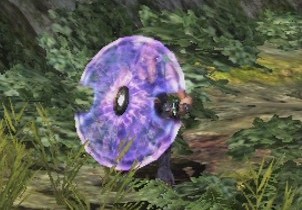 Jackals come in different forms. You may see them with a shield that deflects everything. Melee attacks and frag grenades destroy the shields pretty easily. Along with the shields they carry plasma pistols. Jackals are usually weak like grunts but a tiny bit stronger. 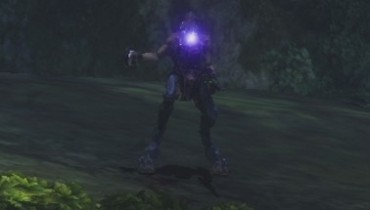 The sniper version of the jackals are basically the same as the regular jackals except they don’t carry shields around. These Jackals usually hide in tree tops or on the edge of cliffs with Carbines or Beam Rifles. On the hardest difficulty they can take you out with one shot of the beam rifle. 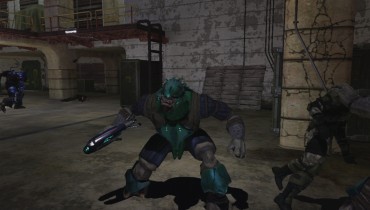 Brutes are the strongest of the infantry enemies. They have armor that protects them but are the weakest of all brutes. They will usually carry spikers, maulers, or Plasma Rifles. 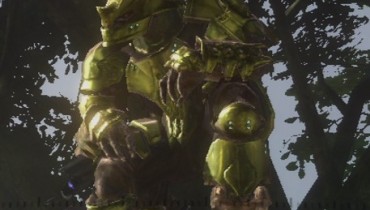 Brute Captains are a bit stronger than the regular Brutes. You can see them carrying Brute Shots and Spike Grenades. Sometimes they may carry grav lift or flare equipment. 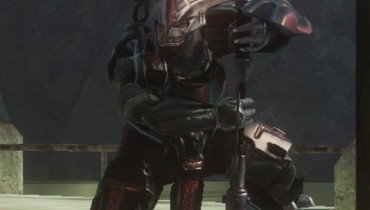 Brute Chieftains are the strongest of all Brutes. Most of the time they carry a Gravity Hammer or a Plasma Turret. Sometimes they will carry some special equipment such as invincibility.The Flood (Small)

-Picture Credit to the Halo wikia. The flood comes in four different forms. The smallest form will destroy itself to hurt you but usually come around in packs. They can be destroyed with one bullet of any gun. 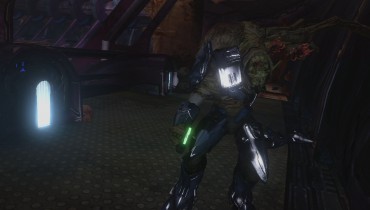 The second form of flood are like regular brutes in health and damage. They come to life when the smaller flood take over a dead body of a human or brute. They can use any weapon they find around and are as strong as any regular enemy. 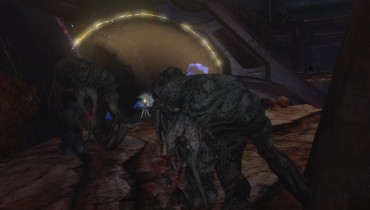 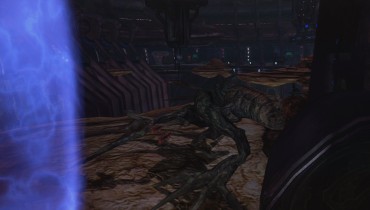 The last two forms of flood are both large types. The first form is big and slow, but very powerful. It can only perform melee attacks and maybe spout smaller flood. The second form of flood is a bit unusual. It sticks itself to the floor, walls, or ceiling and doesn’t move from there. After that it will shoot this plasma stuff which is similar to the carbine. If it takes a certain amount of damage it will close up. When in this defensive mode it seems to be invincible to bullet damage. After awhile of no attacks on it, it will open back up and start shooting at you again. 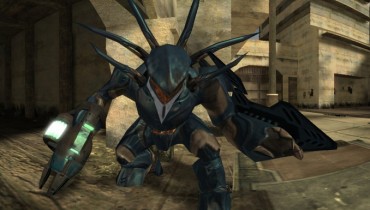 -Picture credit to the Halo wikia.

Probably the strongest and deadliest of all enemies in the campaign. Hunters are large blue covenant that have heavy armor. They do massive melee damage or shoot a large green plasma beam that does massive damage depending on the difficulty level. Frontal attacks almost never work since you have to find cracks in the armor. The weakest spot is behind the Hunters around their waist/back area.