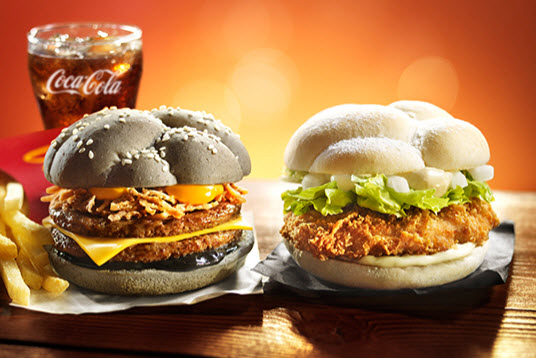 McDonald’s has a new Halloween promotion with Black and White sandwiches! 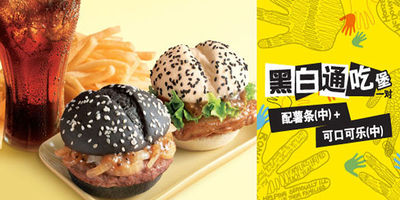 This new Halloween promotion in Japan is slightly different. Here are the details I’ve gathered from various websites. If I’ve made a mistake, or if you know any more information, feel free to tell me in the comments below.

The second sandwich is called the Camembert Chicken Fillet (Kamanbe-ru Chikinfireo カマンベール チキンフィレオ). For 370 Yen, you get a white bun, fried chicken fillet, lettuce, and Camembert cheese. It looks like it has some other sauce on the bottom, but I can’t really tell. 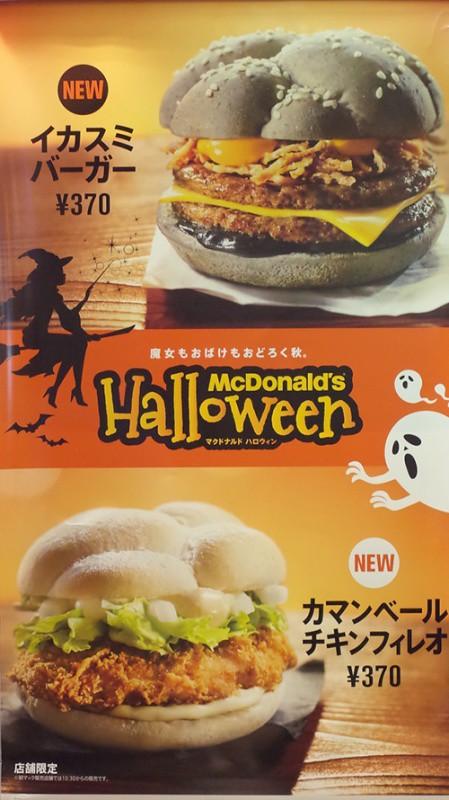 I’d really be interested in trying these two out, but unfortunately it’s only in Japan at the moment. What are your guy’s thoughts on McDonald’s Black and White Burgers? Would you try them? Would you try one and not the other?