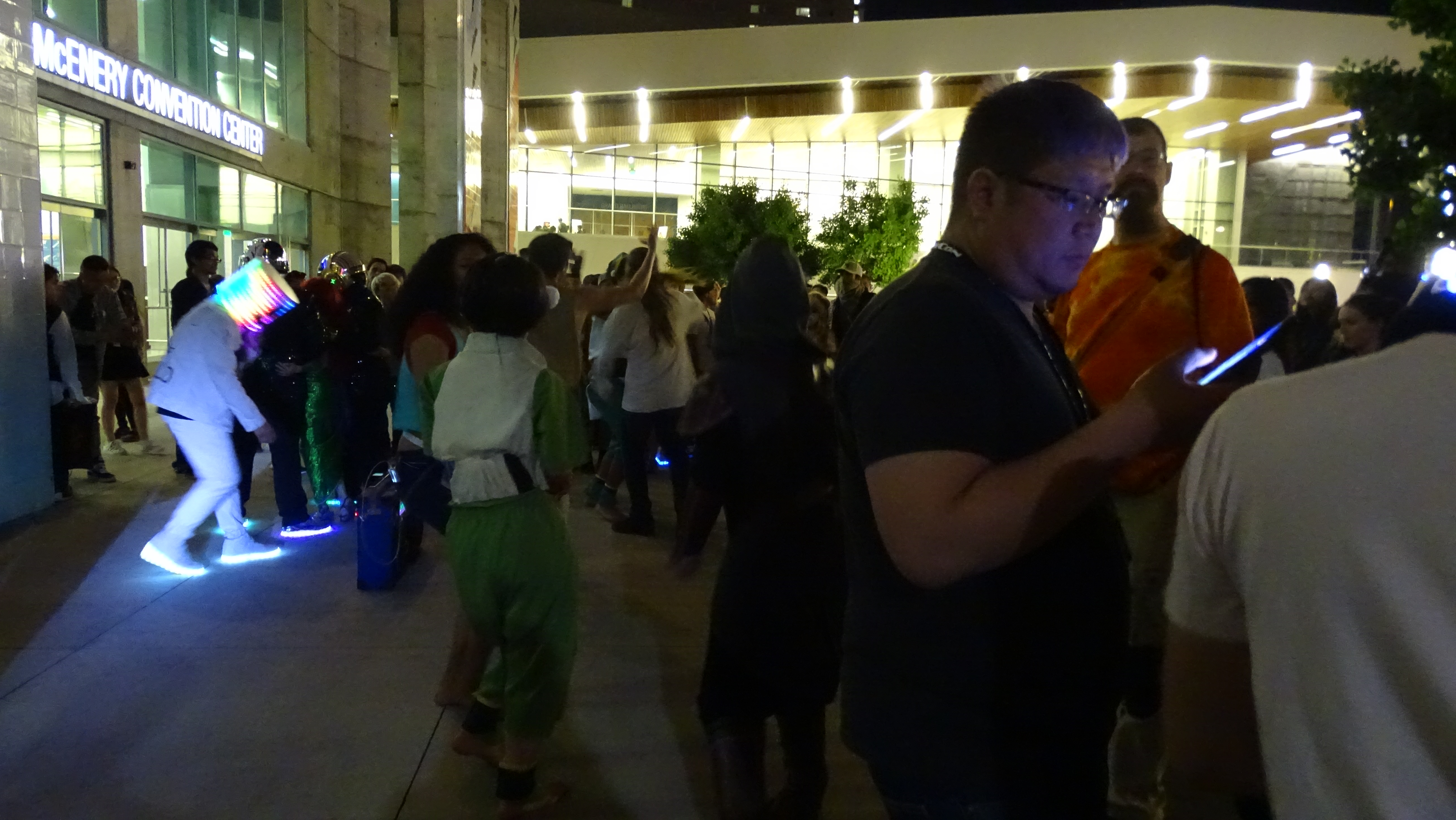 Let me tell you the story of my last anime convention: Fanime 2018.

As I said awhile back, Fanime 2018 was set to be my last anime convention – at least, until I get every thing situated. I have to save my money and pay off any debt I’ve collected, and I’ll be transferring to a university the next semester. Things are about to get serious! Unfortunately, that wasn’t the only reason I’m slowing down on conventions and other activities, but my anxiety has returned in full force.

My anxiety was so bad that I barely even went down to the convention. I arrived Friday afternoon by train, and left Monday morning around 2am by car. When I finally worked myself up enough to head down to the con, I decided to take the stairs instead of wait for the elevator. Elevators can take forever when you’re staying in the hotel connected to the convention center. I was up on the 19th floor, which means I had to trek down all those steps to the ground floor. When I was ready to go back, I climbed back up those 19 floors instead of waiting in the long line for the elevator again.

I didn’t do too much around the con. I checked out the karaoke, took pictures of cosplayers I liked, and hung around any music and dance circles I could find. I cosplayed Sasuke Uchiha from the first season of Naruto. I’m still very new to the show, and he was the first character I related with. It was funny hearing girls whisper, “It’s Sasuke!” as I walked by. A few people even asked to take my picture. This was barely the second time I wore a wig to a convention, but I have tried a few times at home. My friend Amanda helped me style it with the limited supplies we had on hand. I thought she did a great job, but the style didn’t stay in place for too long.

Given the fact that money was very limited, and I almost didn’t make it to Fanime, I didn’t want to buy anything other than official Fanime t-shirts. This year they had a video game theme. Honestly, I felt the artwork on the badges and hotel cards were better than the 8-bit artwork on the shirts, but I bought them regardless. I wanted to get a hoodie, but $50 was way too steep!

That’s the basic story of my last convention. Pretty lack luster because of my damn anxiety. But I was able to relax a little in my hotel and binge watch Naruto! Keep an eye on my Otaku YouTube channel for more personal vlogs from the con.