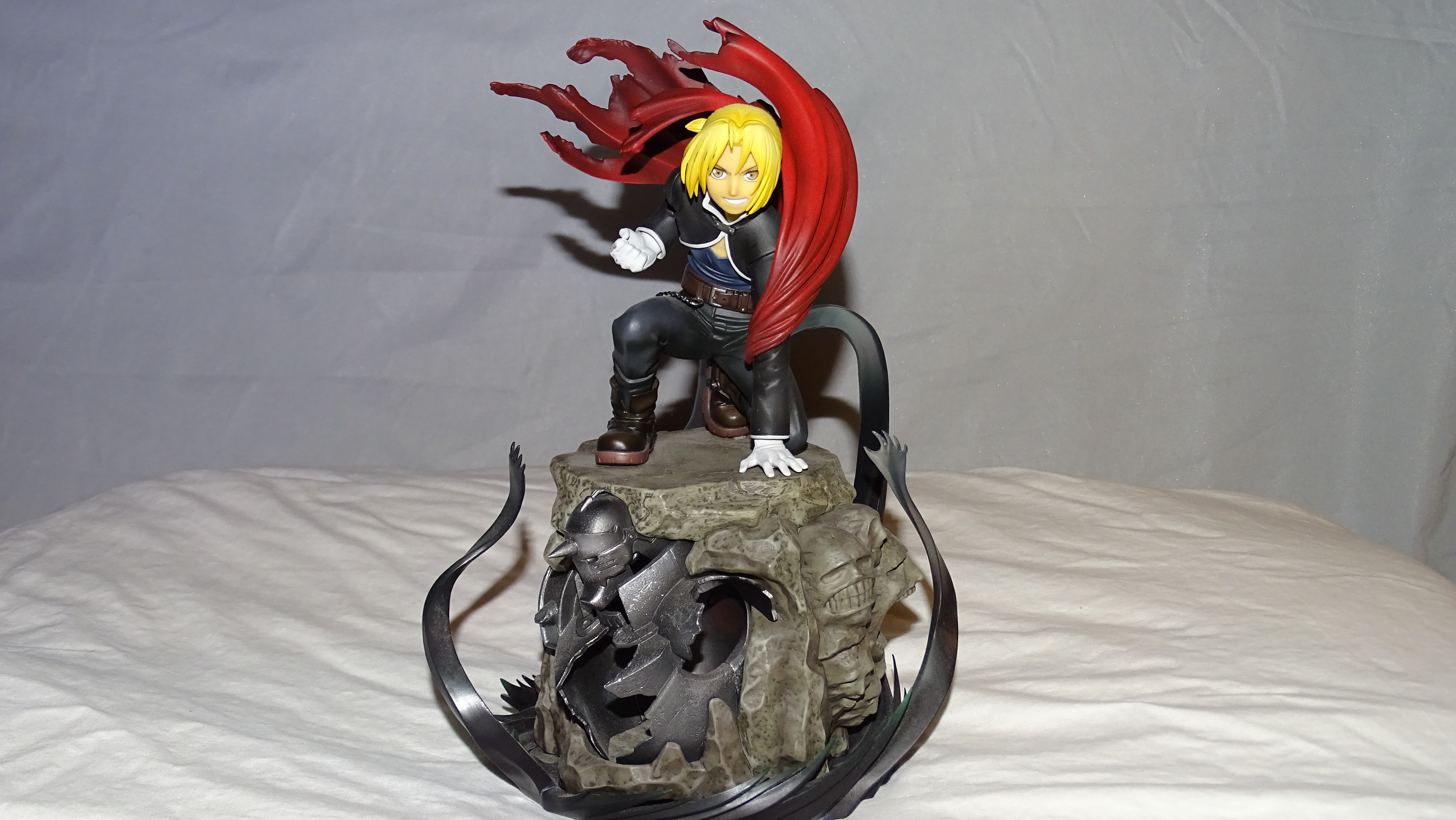 This Fullmetal Alchemist Edward Elric figure from Kotobukiya was available for a short time through Tokyo Otaku Mode. It’s interchangeable and glorious in every way!

For a short time, Tokyo Otaku Mode ran a special project that needed extra funding. They do this for special products from time to time. If the budget is reached, everyone who supported the project will get the item they paid for. This particular item was a 1/8th Scale Figure of Edward Elric, the FullMetal Alchemist. It was created by Kotobukiya as part of the ARTFJX series.

While another Edward Elric figure was released alongside this limited edition version, the normal version doesn’t include the large base. The base has the suit of armor that Alphonse Elric’s soul was attached to. You can even see the blood seal painted on the back, which is visible through the cracked breast plate. 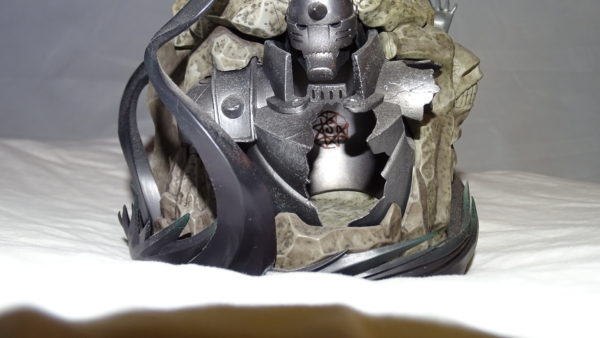 What appears to be Pride’s arms are reaching from the bottom of the base, and a few creepy faces are carved into the side of the stone (it’s actually made of plastic). The Edward Elric figure can be easily removed from the base, as it’s only secured with a few plastic indents and pegs.

Not only are the top halves of Edward Elric interchangeable, but so are the faces. There’s a grinning face and a serious face. Switch them up however you like!

This figure was worth every penny, in my personal opinion. Yes, FullMetal Alchemist is my favorite Japanese series (Anime and Manga) thus far, but the figure is one of the best sculpted figures I own. It’s beautiful and there are so many different options to choose from. If you’re a fan of the series like me, or a collector of awesome figures, I recommend buying the Limited Edition FullMetal Alchemist Edward Elric Figure from Kotobukiya ARTFX J.