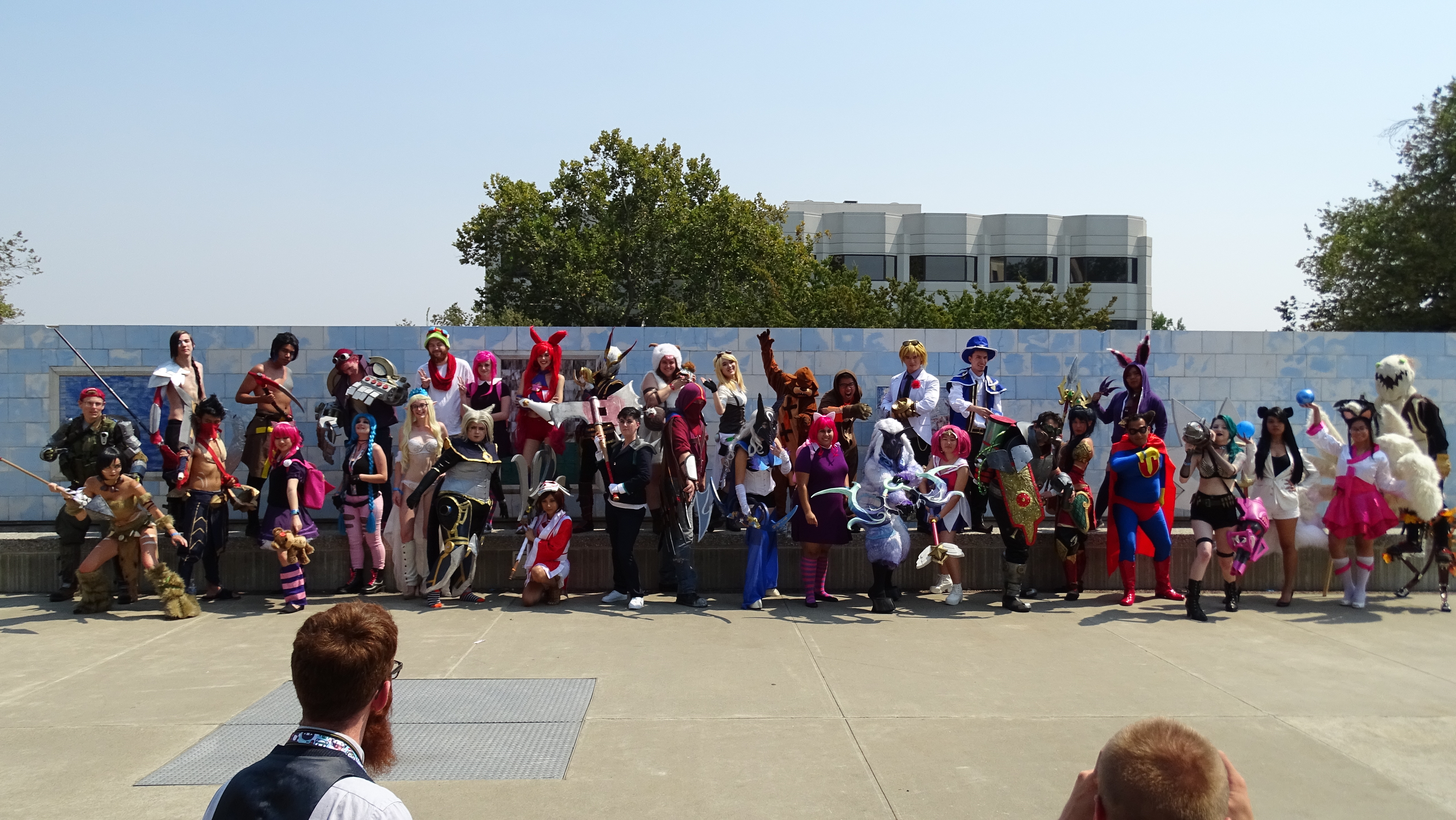 SacAnime Summer 2017 was a scorcher, and I brought some friends along to enjoy the fun. (Overwatch and League of Legends cosplay pics included)

SacAnime Summer 2017 was the fifth SacAnime convention I’ve attended, and the two year anniversary of my new Otaku life. Two years ago I began cosplaying and pushed myself to go out to these conventions. It’s been a long road, but I’ve loved every minute of it.

This year was probably one of the hottest years on record. It got up to 110 degrees (F), and the nights hardly cooled down. Some people toughed it out and wore some really thick costumes. I decided to go light this year with my Trainer Red cosplays (original and Sun/Moon) and Gin cosplay. Thankfully, the inside of the convention center was very cool. Once you stepped out, it was hot as all hell.

I went alone to all the past conventions. I didn’t have many friends who could take the time off or were even into this sort of Otaku stuff. However, this year I brought a friend of mine named Sequoia. I also met up with some friends from work (one I ran into and didn’t know he’d be there), and I reunited with the guys from SacAnime Winter 2017. They were the ones who were playing music on their giant speakers. Unfortunately, they didn’t have the best time with staff.

Due to recent events, security was brought to an all time high. No gun props of any kind were allowed, and police officers were all around the area. My friends were told they could only play their music outside, even though some others were playing music indoors.

I ran into my own problems with this creepy stalker guy going around Sequoia. Luckily my friends Jordan, Tyler, and Maddy were there to keep the peace.

The convention wasn’t completely bad. I bought a lot more artwork, went to two cosplay gatherings, and even sang karaoke! I wanted to go to more cosplay gatherings since cosplay is what I look forward to the most, but the series I like the most had gatherings way early in the morning. I guess it was kind of smart since they hold the gatherings outside and it was way too hot to stand around taking pictures. I did so anyways for the League of Legends and Overwatch gatherings. I’ll add those pictures on the next page so this page doesn’t take too long to load. If you’re into those two games, or if you want to see the extreme heat people went through in the middle of the day for cosplay, click on the next page. There were also some Team Fortress 2 cosplayers in the mix.