Due to unforeseen circumstances, this is now my very first legit Cosplay! (Updated Aug. 4!)

For those who have not been following my Cosplay logs, I originally planned for the Persona 3 main character to be my first official cosplay. Unfortunately, I ran into a number of problems with the wig, uniform size, and circle lenses, all while the date of my first con approached. Luckily, I had a little backup plan: Pokemon Trainer Red Cosplay!

I received part of my costume in the mail today which was basically just the coat, shirt, gloves, and hat. I added pants and a Pokeball from my collection and did some costest photos which you can see below. I’ll probably add the Pokedex toy later on, and I have some shoes coming in the mail that look just like the original art work found in Pokemon Green, Red, and Blue.

I was also thinking about doing the Pokemon Trainer Red style from Pokemon Origins and Pokemon Fire Red / Leaf Green, but I decided to go old school. I’m old school myself, having about 17 years of Pokemon gaming under my belt. Maybe in the future I’ll try the different red style. 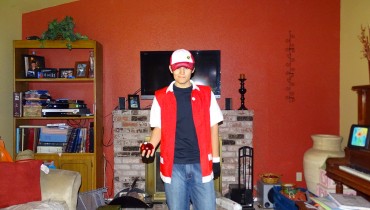 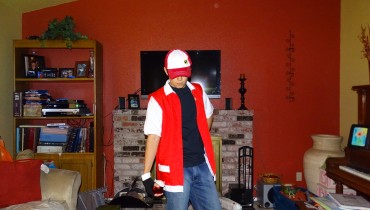 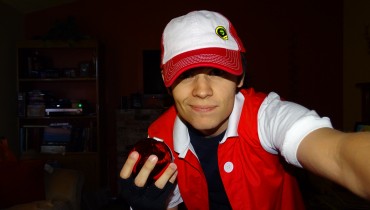 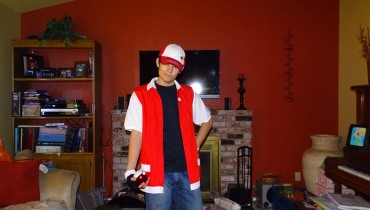 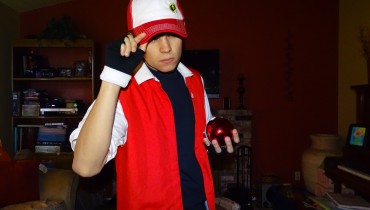 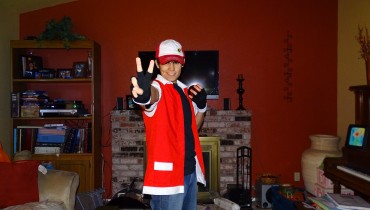 I got some great badges from eBay, some Adidas shoes that look exactly like Red’s, and the Pokedex from Tiger electronics. I also put the hat backwards and my hair up to fit the manga style of Pokemon Trainer Red. The manga is called Pokemon Special in Japan and Pokemon Adventures in the west. The last thing I have to do is paint the top half of the white circle in the back of my shirt a yellow/gold color. 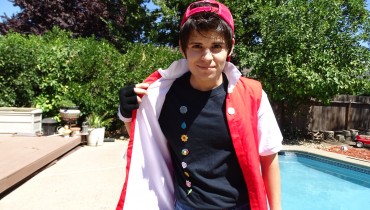 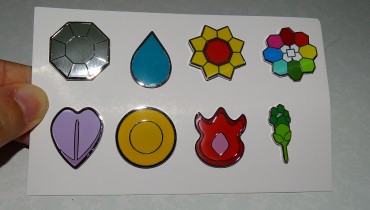 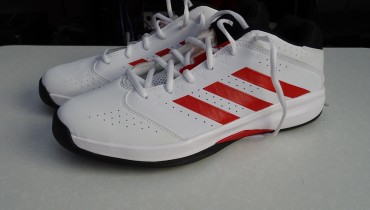 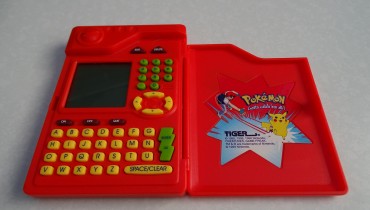 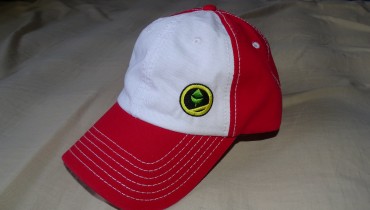 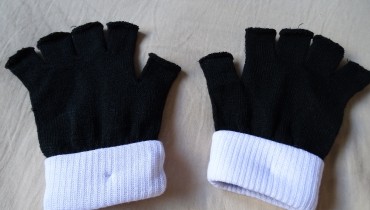 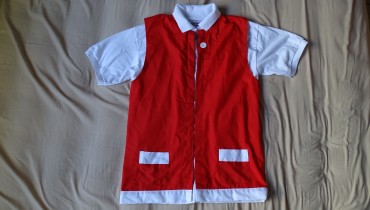 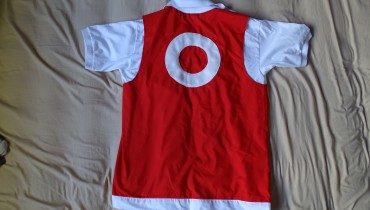